Anti-Taliban forces 'ready for the resistance' 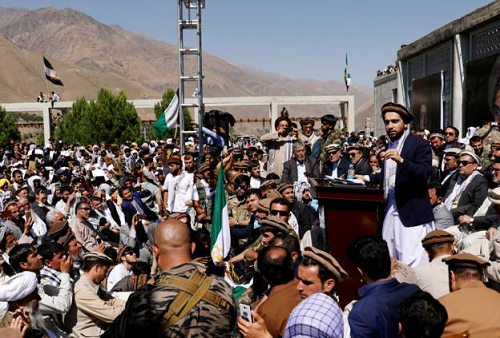 A spokesperson for the anti-Taliban forces gathering in the Panjshir Valley region of Afghanistan said that the group intends to "pursue peace and negotiations before any sort of war and conflict starts".

Ali Nazary, of the National Resistance Front of Afghanistan, told the BBC that thousands of fighters had gathered in the region under Ahmad Massoud, son of the famed anti-Taliban leader, Ahmad Shah Massoud.

Nazary called on the Taliban to enter into "sincere" negotiations, saying Massoud's forces were "ready for the resistance".

“The National Resistance Front of Afghanistan believes that for any lasting peace, we have to address the underlying problems of Afghanistan. We cannot just continue the same pattern we have been seeing for the past 40 years or 100 years or 200 years in the country. The number one problem is the centralised political system in the country," he said.

"Afghanistan is a country made up of ethnic minorities", he said. "It is a multicultural state. It needs power sharing, a power sharing deal where everyone sees itself in power... If one political force, whoever it is, from wherever they come from, if they try to dominate politics it will just create the conditions for internal warfare and the continuation of the current conflict."

In an article for the Washington Post last week, Ahmad Massoud pledged to "defend Panjshir as the last bastion of Afghan freedom" and called on Western nations to "aid the cause of freedom".