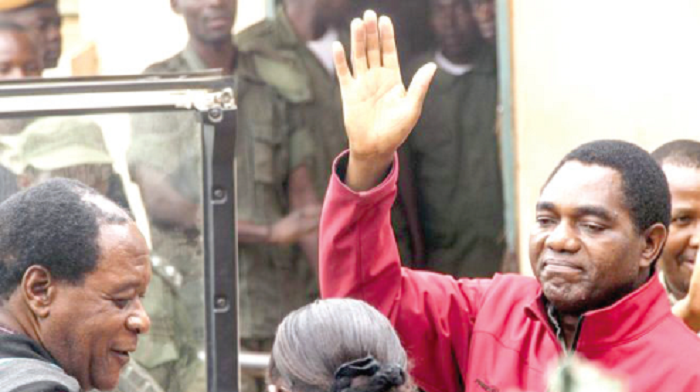 Forty-eight Zambian MPs from the opposition United Party for National Development (UPND) have been suspended for 30 days for boycotting President Edgar Lungu's state of the nation address.

They refused to attend in March as they argued Mr Lungu was not the legitimate winner of last year's election.

Zambia's government has faced criticism from the country's Conference of Catholic Bishops over its handling of the case of the opposition leader. It warned that Zambia was slipping towards a "dictatorship".

The suspended 48 MPs represent nearly the entire parliamentary party of 58.

The speaker said their ban took effect immediately and dared the suspended MPs to resign:

"I therefore challenge the UPND members that if they still maintain that they do not recognise the president, they should resign on moral grounds."

Zambia has been locked in a political crisis since Mr Hichilema was arrested in April following an incident in which a convoy he was travelling in allegedly refused to give way to the presidential motorcade.