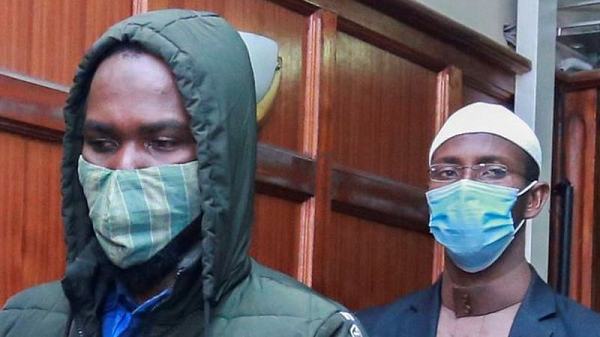 A Kenyan judge has sentenced two men to 18 and 33 years in jail after they were convicted of helping Islamist militants attack a shopping mall in 2013.

At least 67 people died in the assault by al-Shabab on the Westgate shopping complex in the capital, Nairobi.

The state said the four militants who carried out the attack were found dead in the shopping centre's rubble.

The militants occupied the mall for four days, in one of the deadliest jihadi attacks in Kenya.

These are the only convictions relating to the Westgate attack.

A third man who was found not guilty on all counts of conspiracy to commit a terrorist act has been missing since the day after the verdict was announced three weeks ago.

Al-Shabab, an al-Qaeda affiliate, is based in neighbouring Somalia, and has carried out a series of attacks in Kenya.

Kenya has troops in Somalia to help fight the militants.

What were the jailed men convicted of?

Mohammed Ahmed Abdi, who received the 33-year prison sentence, and Hussein Hassan Mustafa, who was jailed for 18 years, were charged with planning and committing acts of terror, as well as supporting and helping a terrorist group.

The third suspect, Liban Abdullahi, was found not guilty. The Somali refugee was also acquitted of the charge of being in Kenya illegally and possessing identification documents by false presences.

Witnesses said that the day after he was found not guilty, gunmen stopped his taxi and abducted him. He has not been seen since.

What happened at Westgate?

On a Saturday afternoon in September 2013, gunmen entered the mall and opened fire on shoppers, leading to a four-day siege.

"We were trying to calm people and tell them not to use their phones, or to keep them on silent. All the time we could hear gunfire. It was a war-like situation."

When it was over days later, at least 67 people had been killed - 62 civilians, five security officers and the four attackers.

Al-Shabab said it carried out the attack in response to Kenyan military operations in Somalia.

Initially the authorities said there had been 10 attackers, but then revised the figure down to four. They said all of them had been killed, but forensic tests on their remains have never been released.