US military sets sights on al-Shabab in Somalia 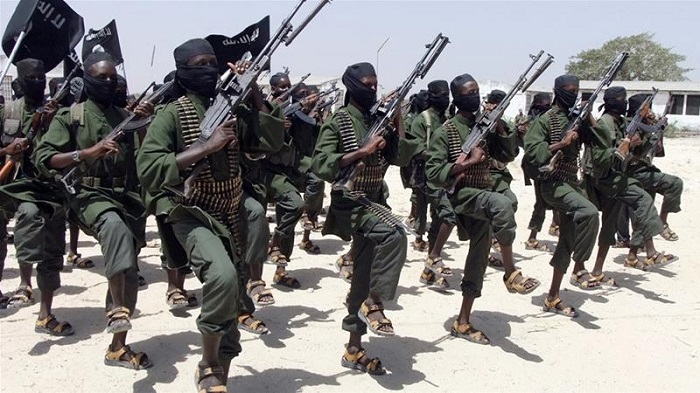 The US military intends to expand its involvement in the fight against Somalia's armed groups [FIle: Farah Abdi Warsameh/AP] Follow @Graphicgh

With frequent suicide bombings and assaults on Somalia's hotels and military targets, the armed group al-Shabab continues to threaten stability in the war-ravaged country.

The emergence of fighters pledging allegiance to the Islamic State of Iraq and the Levant (ISIL) group can only make things worse.

Recommendations by the Pentagon sent to the White House would allow US special forces to increase assistance to the Somali National Army and give the US military greater flexibility to launch more pre-emptive air strikes.

"The concern in Washington has been mounting for some time now. The Trump administration is simply reiterating what has been policy, with slight variations," said Rashid Abdi, a Horn of Africa analyst with the International Crisis Group. "US special forces are already on the ground. Drone attacks have been scaled up."

Currently about 50 US commandos rotate in and out of Somalia to advise and assist local troops. The commandos have accompanied Somali forces in several raids against al-Shabab fighters, killing dozens, Somali intelligence officials told The Associated Press, insisting on anonymity because they were not authorised to speak to the press.

Somalia, which has been without an effective central government since the fall of dictator Siad Barre in 1991, was one of the seven predominantly Muslim countries included in Trump's recent travel ban. That executive order has since been suspended by federal courts.

Al-Shabab emerged amid Somalia's years of chaos. A regional military effort several years ago pushed the group from the capital, Mogadishu, and most other urban centres. But experts say that push against al-Shabab then weakened, allowing it to regroup and adapt to operating in the country's vast rural areas. It recently stepped up attacks in the capital and elsewhere.

The US already has military bases in Somalia, although it has not publicly acknowledged them. They are often used for drone attacks against al-Shabab targets. One of the largest bases is at Baledogle airfield, a former Somali air force base in Lower Shabelle region where US military experts also train Somali forces, according to Somali officials.

In the past year the US launched 14 air strikes - nearly all drone strikes - killing some top al-Shabab leaders, including Hassan Ali Dhore and Abdullahi Haji Daud, according to a Somali intelligence official who coordinated with the US on some of them.

The main successes against al-Shabab have come from the 22,000-strong African Union regional force that has operated in Somalia since 2007. But the African Union force plans to withdraw by the end of 2020, and cost is a primary reason.

Al-Shabab in recent weeks has increased bombings in Mogadishu, threatening the security efforts of new Somali-American President Mohamed Abdullahi Mohamed, during whose time as prime minister in 2010-2011 the group was expelled from the capital.

The group continues to dominate remote towns and villages across the south and central parts of the country.

But a new security threat in Somalia - and a challenge to any US military efforts - is the emergence of ISIL-linked fighters, who officials fear could expand their foothold beyond the semi-autonomous north. The fighters broke away from al-Shabab and declared allegiance to ISIL in 2015.

Al-Shabab sees the splinter group as a threat to its operations.

"It's only al-Shabab that can stand in ISIS' way to expand its areas of operation - Somali forces are now too disorganised to stop them," said Ahmed Mohamoud, a retired former Somali military general.