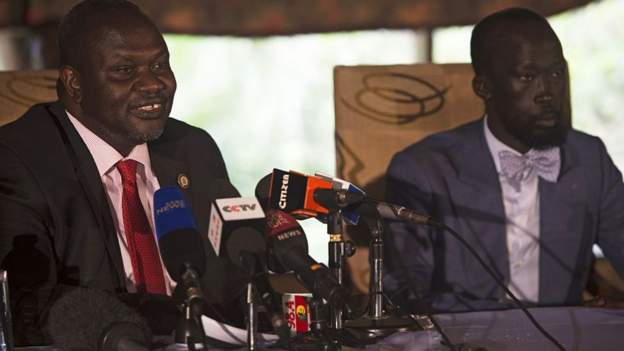 A junior minister in South Sudan has resigned and accused President Salva Kiir of having little interest in implementing the 2018 peace agreement designed to bring and end to six years of civil war.

Mr Mabior, who is the son of South Sudan’s founding leader John Garang, was appointed as part of the power sharing deal.

President Kiir and Machar have also failed to agree on how to govern regional states, further threatening the fragile peace deal.