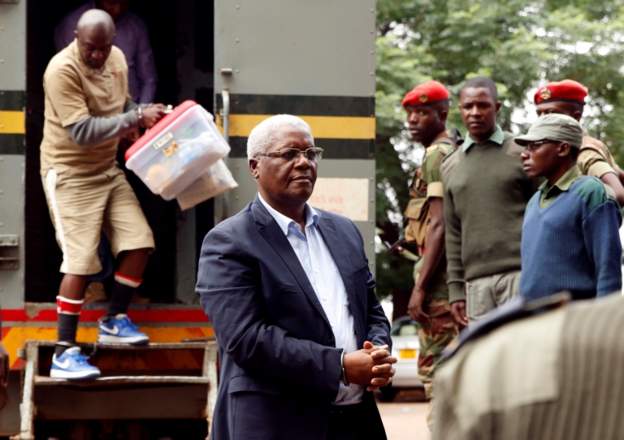 Zimbabwe's ousted finance minister Ignatius Chombo, charged with three counts of corruption, has been refused bail by a magistrate.

Mr Chombo is the first minister from the former Mugabe regime to be charged.

The magistrate ruled his life could be in danger if he is released on bail, as he could be attacked by the public.

There was also the risk that Mr Chombo could abscond because of Zimbabwe's porous borders, the magistrate said.

Mr Chombo's lawyer said he would appeal against the ruling.

He is accused of trying to defraud the central bank, among other things.

He was among a group of Mugabe loyalists detained by the military when it took power earlier this month, bringing an end to Robert Mugabe's 37-year rule.He was allegedly badly assaulted, and was admitted to hospital for treatment.

A Zimbabwean journalist has been tweeting from court: