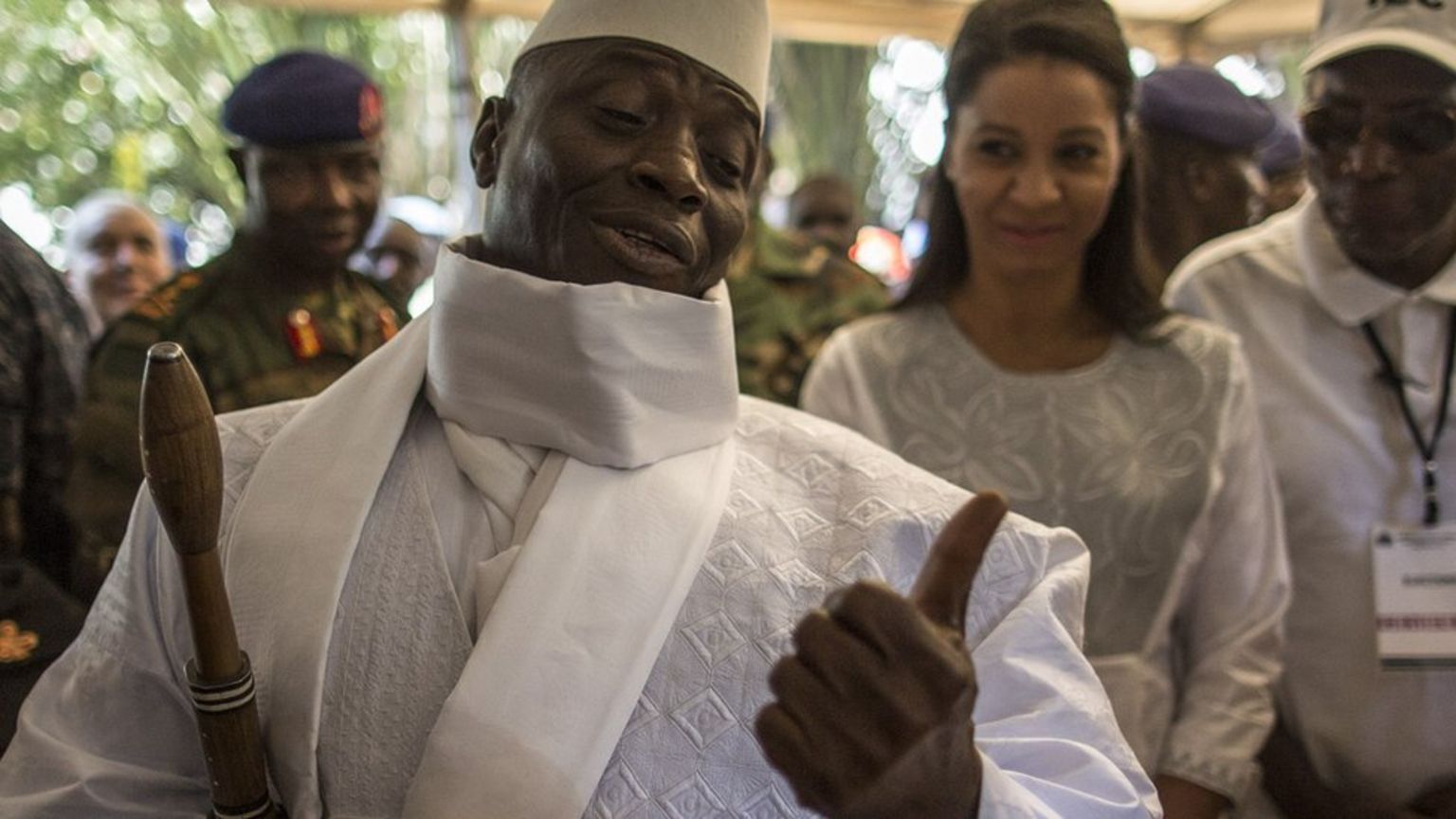 The Gambia's Supreme Court is unable to hear the petition seeking to annul last month's election until May, chief justice Emmanuel Fagbenle says.

The Nigerian judge due to oversee the seven-member panel was not available till then, he said.

It is not yet clear what will happen after Mr Jammeh's term ends on 18 January.

President-elect Adama Barrow is due to be inaugurated the following day. But Mr Jammeh has said he will not step down and he has the support of the head of the army.

West African leaders, led by Nigeria's President Muhammadu Buhari, are due to in the capital, Banjul, on Friday in a last-ditch diplomatic effort to resolve the crisis. The visit was originally scheduled for Wednesday.

But Mr Jammeh has so far rebuffed their attempts, saying they have no right to interfere.

Mr Jammeh lodged a case before the Supreme Court after the electoral commission changed some results. The commission insists the outcome was not affected by an initial error and property developer Mr Barrow defeated Mr Jammeh.

The Supreme Court hearing had already been delayed once because of a shortage of sitting judges, and other judges from neighbouring countries have since been appointed.

But the Nigerian who was to act as the president of the court - Onogeme Uduma - is fully booked until May.

However the existence of the legal challenge means the election result is not valid, a spokesman for Mr Jammeh's APRC party said.

"Any attempt to swear in anybody in this circumstance is against the constitution," Seedy Njie told the BBC.

Meanwhile, one of Mr Jammeh's top ministers, Sheriff Bojang, who has just resigned in protest over the president's refusal to accept defeat, urged him to drop the petition.

"The current attempts while appearing to have a veneer of constitutionalism are in fact an attempt to subvert the express will of the Gambian electorate," the former information minister said in a statement.

He urged Mr Jammeh and his cabinet colleagues "to look into their conscience and take the right decision within the most reasonable time for the present and future of our vulnerable little Gambia".

Of his own defection after two years of acting as a mouthpiece for Mr Jammeh's government, Mr Bojang said: "It is never too late to do the right thing."

The Gambia, a popular tourist destination, has not had a smooth transfer of power since independence from Britain in 1965.

Mr Jammeh seized power in the tiny country in 1994 and has been accused of human rights abuses, although he has held regular elections.

According to the electoral commission's final count:

Results were revised by the electoral commission on 5 December, when it emerged that the ballots for one area had been added incorrectly.