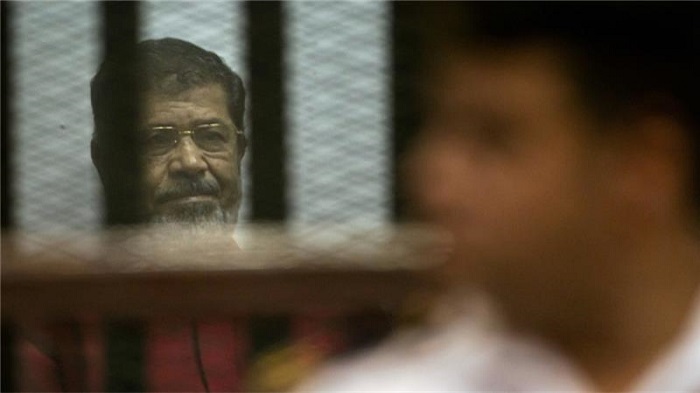 Morsi has been in prison ever since July 2013, after the military deposed him in a coup [File: AP] Follow @Graphicgh

Egypt's Court of Cassation has overturned a death sentence against the country's deposed president Mohamed Morsi and ordered a retrial, according to reports.

The country's first democratically elected president, Morsi was overthrown by a military coup in July 2013 after having served just one year of a four-year term.

The organisation to which he belonged, the Muslim Brotherhood, has since been outlawed. A government crackdown on the movement, as well as other groups, has resulted in tens of thousands of arrests and mass trials.

Morsi was tried in an Egyptian court on several charges, including one of escaping prison during the 2011 uprising against then-president Hosni Mubarak.

He was also accused of sharing state secrets with foreign powers, including Qatar. His defence argued that he was merely engaging all foreign entities within the limits that any head of state would.

Morsi was given several sentences, including life, a 20-year prison term and the death penalty. He appealed against those sentences, but has already had the 20-year term confirmed by an Appellate Court.

Human Rights Watch and Amnesty International have argued that the trials carried out by the government of Abdel Fattah el-Sisi, who led the coup against Morsi, have been political in nature and violated the rights of thousands of Egyptians.

Mass trials have sentenced hundreds of Egyptians to death. Rights groups have also called attention to the prison abuse in Egypt's detention system.

Morsi himself has in the past abstained from eating prison food, out of fear for his life.