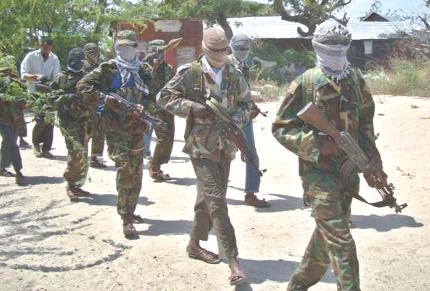 Subjected gunmen from the militant Islamist group al-Shabab have attacked a police post in Kenya's coastal town of Lamu near the Somalia border, police confirmed to the BBC.

Combined Kenyan security forces responded swiftly following a tip-off of a potential attack in the area.

A fierce exchange of gunfire lasted several hours and a communication mast was destroyed, making it hard to get accurate information.

Al-Shabab militants has not commented. There were no details about any casualties.

Kenya's security forces responded quickly to the raid by militant Islamists on a rural area area in Lamu County as they had received a tip-off about a possible attack, a police officer has told me.

Policemen and soldiers were battling the al-Shabab fighters who managed to destroy a police post and attack a primary school in Pandanguo.

Residents escaped from their homesteads into the forest when they heard shots being fired, a Pandanguo village elder had told a local journalist.