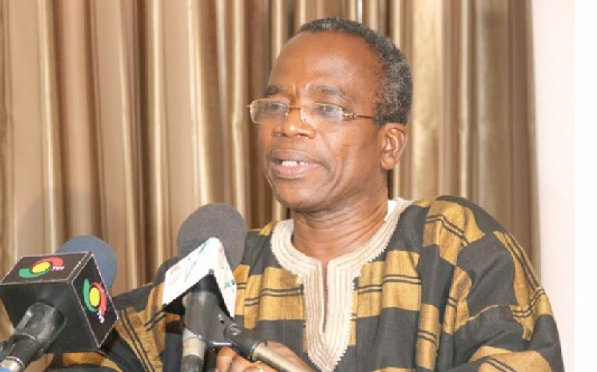 The most beautiful people we have known are those who have known defeat, known suffering, known struggle, known loss and have found their way out of the depths. These persons have an appreciation, a sensitivity and an understanding of life that fills them with compassion, gentleness and a deep loving concern. Beautiful people do not just happen. Elisabeth Kubler-Rose.

It was Ralph Emerson who once said that “the purpose of life is not to be happy. It is to be useful, to be honourable, to be compassionate, to make some difference that you have lived and lived well.”

That is the way I feel for having served my nation in diverse ways in my youthful days and as I begin my third generation, I pray that like Job, my latter days would be more glorious and functional than my first two generations.

As you read this column today, my status has changed and I am now a former Director Newspapers of the Graphic Communications Group (GCGL). If I ever return to Graphic I will have to be tagged as a visitor. Therefore, I can only repeat what the historian is reported to have said, about the old and new. He said significantly that “What I was you are, and what I am you shall be” What is imperative is for all of us to play our part well.

On August 22, 2018, I attained the statutory retirement age of 60 years and thus parted company with the GCGL. I have generally not been a person used to ceremony and festivity and thus exited quietly as William Wordsworth notes in his poem Lucy:

“She dwelt among the untrodden ways; the spring of Dove; A maid whom there were none to praise very few to love.

“A violet by a mossy stone; Half-hidden from the eye; Fair as a star when only one; Is shining in the sky.

“She lived unknown and few could know; When Lucy ceased to be; But she is in her grave and oh; The difference to me.”

I want all to join me in thanksgiving to the Lord God Almighty who has seen me through the turbulent times. I entered journalism in the era of the culture of silence but through it all, we have never allowed ourselves to be silenced or cowed into submission.

Indeed, when the December 31 Revolution took place, I was one of a few students at the School of Communications Studies, University of Ghana, who resisted the urge to go into politics. Many of my mates became involved in politics, one as Regional Secretary and some as Special Assistants or Coordinators of PDCs and WDCs. Prof Kwame Karikari our Journalism lecturer became Director General of the Ghana Broadcasting Corporation (GBC).

When I criticised Flt Lt Jerry John Rawlings over his tirade and incitement of Ghanaians against Apino Soap, in 1993, many expressed concern that I could be detained.

Equally in 1999, when I wrote about the lack of transparency over the purchase of the Presidential Jet and compelled government to explain where and how much the aircraft was purchased, there were many who feared for my life.

Again when I criticised the EOCO for its smear campaign against Mr William Ampem Darko as Director General of the GBC, its operatives went on radio to threaten fire and brimstone against me. My father was frightened.

I sailed through all these because I chose the truth and facts over speculation. More important, my language has always been measured.

Only once was the veracity of my reports challenged but even then, when we filed our response to a suit against me, the plaintiff quietly withdrew the case. The counsel for GCGL commended me for my sense of duty. My guiding principle has always been to act ethically and ensure that my reports are factual, fair, balanced, objective, verifiable and above all credible.

Even as a columnist where the rules of journalism allow partisanship, I have tried to be open, mindful that there is a Mensah in every political party except that some politicians are more conscionable than others.

Within these years, I have had the privilege, to serve not only as a reporter, writer, editor and media manager. I have also served as a media academic and regulator, giving me experience across the media front that not many would ever have. I must thus be grateful to God and accordingly invite Ghanaians of all hues and political colours to join me, my wife Stella Lartey Ayeboafoh and children in praising and thanking God for His unqualified grace and glory.

Yesterday my association with the GCGL as a permanent employee came to an end. I have since the beginning of the year given of some developments I went through serving as a journalist with the company. This concludes the narration and invites all Ghanaians to join me, my wife and children in thanking God for how far He has brought me.