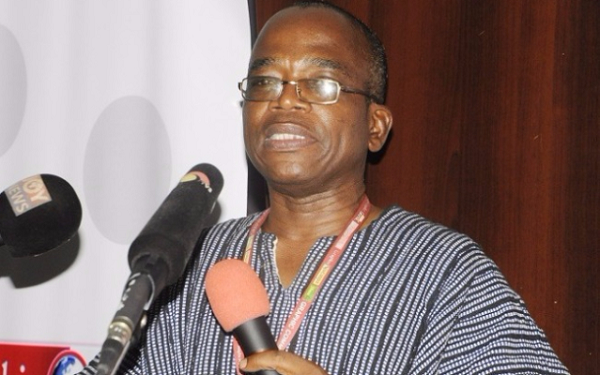 Power had mounted the head of the dictator; it needed its periodic nourishment in blood--
Wole Soyinka.

Somebody has noted that silly things irritate, “Nsemfoo ye ahyi.” The dastardly and bestial acts that went on between some military and police personnel in Tamale recently is more than irritating and  must be roundly condemned. It is part of the recklessness and irresponsible conduct that had enmeshed our security institutions for lack of transparency in the recruitment processes in the recent past.

From the beginning of the year, I devoted this column to my experiences as a senior journalist of the Graphic Communications Group Limited due to retire next August. I have refrained from commenting about contemporary issues, such as the spurious defence by some former Ministers of State that they could not be accused of receiving double salary because they never knew their actual basic salaries.  So far none of their colleagues who served as Ministers of State or MPs only are alleged to have received similar double payments although they too did not know their actual basic salaries.

But in the particular matter of the clashes between the military and police personnel in Tamale, I want to break the historical narrative and offer a view point because as our elders say, if you do not speak out you would be given a bad shave.

It is even more disheartening that attempts are being made to deal with the matter as more of a private issue involving the police and military High Commands. Our elders have a way of condemning those who appear to acquiesce or condone recklessness and irresponsibility by papering over crime in noting that any elderly person who sits idly by and passively watch children engage in sacrilege or taboo would be counted among those who do not respect norms. Put another way, they maintain that the lizard says that it is not so much annoyed at the person who shoots to kill it but its anger is directed against those who stand by and congratulate the murderer as being a great marksman. In Akan it reads thus “Okotere se dee okuu no ho nnye no ahyi tese dee ogyina ne nkyen rema no ammo se wanni gyene”

As I write this column, I am aware of the summoning of the Ministers of Defence and Interior to appear in Parliament. It is good that both Minister are members of the august house and thus appreciate the significance of the summons.

At the time that the police in particular are educating the public to shun impunity and insisting that criminal matters such as rape must not be treated privately, the silly bestiality demonstrated in Tamale, is being treated as if it is a private matter that must be left to the Military and Police High Commands to deal with, especially the public relations gimmick involving police and military personnel dancing together..

We need to deal firmly with the false notion held by soldiers that personnel of the Ghana Armed Forces are superior to the men and women of the Ghana Police Service.  The wrong impression must be discarded but that can be effective only when miscreants are treated as deviants and not pampered as if they are a different institution. The time has equally come to let military personnel understand that they are not above the law. The many years of military rule, which put them at the centre of political development and policy initiatives have given them a false notion that they are a law unto themselves.

Whatever mistake the policeman who initially handled the complaint against the suspected soldier might have committed, it did not warrant anybody at the barracks authorising the release of combat military personnel to descend into the Tamale Regional Police Command. If there was no authorisation for the movement of the troops, then those involved must be charged for mutiny and dealt with as insurgents.

The Police Command must equally institute a separate investigation into the conduct of how the assault case was handled. These days there are too many police personnel who are vehicle owners and their drivers have no respect for road traffic regulations. Therefore, if the officer who handled the case was the owner of the vehicle then he must equally be dealt with for possible unprofessional conduct.

As our elders have maintained when two elephants fight, it is the grass that suffers. The police would always have responsibility for dealing with all manner of crimes that happen within the public sphere. It is only the criminal conduct of military personnel that happen in the barracks that must be handled by the military establishment.

There is one thing I can say, these acts would never have gone unpunished for as long as Dr Kwame Addo Kufuor served as Minister of Defence. Enough is enough. Soldiers are no more important than policemen.