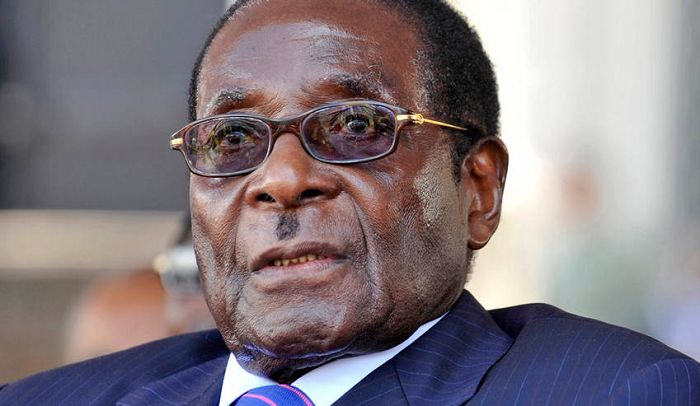 The circumstances under which Robert Mugabe was made to relinquish power marks a sad end to a glorious era. His failure was the fact that he refused to understand that he was holding a position and not a possession. It was the trust of the people of Zimbabwe that kept him in office and once the patience of the people burst at the seams, the end had come.

His departure must be a lesson to all political leaders who presume that once they have a grip over power, it is only at their behest that the power would be surrendered. It is indeed sad that the people of Zimbabwe, who virtually revered their President, took to the streets to jubilate over his demise because he failed to be in tune with the times.

But we must all be thankful to the people of Zimbabwe, from the military establishment through the structures of the ZANU-PF to the ordinary citizen, for making another positive history, in the removal of a political leader without bloodshed, although it was not also through the ballot box.

Our gratitude must stem from the fact that almost to a person, Zimbabweans wanted Mugabe out yet they decided to do so with dignity. In some jurisdictions, not only the former President but his wife, who was seen more as the problem would have been subjected to indignities and inhuman treatment. We all saw how Col. Gaddafi was gruesomely murdered and his body openly displayed. We saw how Jonas Savimbi was executed and we know of some African leaders who had to die in exile ignobly.

But President Mugabe and his family have not only been granted immunity, they are to enjoy gratuity and more important, his birth date has been made a statutory holiday. He has been honoured even in his moment of distress. His name has been immortalised even before his death. He could not have wished for anything better. It only means the people of Zimbabwe have shown gratitude towards their only post-independent leader, mindful of their condition under Ian Smith when their country was called Southern Rhodesia.

There are many who do not understand why Mugabe had to use force in reclaiming land for the people of Zimbabwe. It was the failure of Britain to honour the terms of the Lancaster Agreement, in paying compensation to the whites who owned the lands that compelled him to act. It did not make sense that the indigenous people had no access to land, which is their prime heritage, while the colonialists appropriated the land which they bequeathed to their offspring some of whom never set foot on Zimbabwe soil although they were seen as land owners in that country.

Today, if the people of Zimbabwe have effected a smooth change-over of government not through the ballot, but through military intervention but without shedding any blood, it is because they are highly educated. They know their left from their right and although they did not see their President as respecting the principles of democracy, they still saw in him a benign personality, who probably as a result of old age, allowed himself to be manipulated by his wife.

In the circumstance, one can only suggest that the new government will and must allow democratic structures and the rule of law to work the way things ought to be. There is no need for manipulation of systems for selfish interests.

When the history of Zimbabwe, for the period that Mugabe was in charge comes to be written, the people can hold their heads high because when they really got to the tipping point, they managed their frustrations and submerged their emotions for their intellect to take the pride of place. Let President Emerson Mnangagwa take judicious notice of the new wave of freedom and democracy in Zimbabwe and support constitutional reforms for term limits for the leaders.

If the opposition groups want real democracy to work in Zimbabwe, there should not be any clamour for a transitional government with representation from both the governing and opposition political parties. Rather, President Mnangagwa must be allowed to serve the remainder of the tenure of Mugabe for fresh and open elections to be organised for them to prove their mettle against the ZANU-PF.

President Mugabe stood his ground against the West. He refused to be pushed around over the implementation of the land reforms. He resisted Western intrigues to legalise bestiality in the form of homosexuality and lesbianism. That he is staying in Zimbabwe means that despite entrenching his rule, he did not filch nor stash away the wealth of the country. His is indeed a sad end to a glorious era.