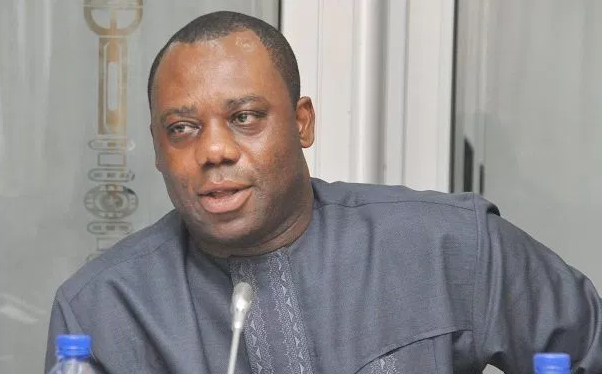 The success of the Free Senior High School (SHS) programme will transform the human capital base of this country within a decade. It will be the most enduring legacy of the Akufo-Addo administration. Therefore, everything possible and lawful must be done to ensure its success.

That is why we must all think through the functional implementation of the programme without politically partisan-entrenched positions. Accordingly, those making ugly noises against the initiative by the government to solicit voluntary support to supplement the funding of the programme must rethink their positions.

However, those who express informed and genuine concerns about problems besetting the process must not be treated with disdain and dismissed cursorily. That is why the hostile criticisms against the President of the Conference of Heads of Assisted Secondary Schools (CHASS), Mrs Cecilia Kwakye Coffie, for stating that some schools could be forced to close down for the non-release of funds must be toned down.

While those criticising her claim that food supplies have been regular, there are admissions that some schools have not received any food supplies for weeks. A number of headmasters admit that they have come under stress. They have been told that suppliers had been engaged to supply the food needs of first-year students, but they are compelled to share the food supplied them by their traditional suppliers on credit for continuing students. However, a large number of continuing students have failed to pay their school fees and they cannot send them home because of the policy of the Ghana Education Service (GES), that under no circumstance should students be sent home for non-payment of school fees.

Another problem confronting the headmasters is that the ministry engaged new suppliers without any discussion with the traditional suppliers and school authorities. Thus, the suppliers are reluctant to continue to supply to the schools. Moreover, there has never been an open advertisement inviting suppliers to apply to the ministry to be selected to supply food items to the SHSs.

The fear of God seems to have been dangled before the headmasters that they are reluctant to speak about their problems in the open, compelling their president to speak on their behalf. And if the criticism of Mrs Coffie is anything to go by, then the headmasters deserve to be silent, but that is not of national interest. For instance, textbook supplies are not the best, but who is to bell the cat by making that public?

As it is, one could conjecture that the ministry and the GES are so obsessed about the Free SHS that they are not so much concerned about the continuing students. For if the engagement of new suppliers under the national buffer stock is beneficial, then it should have been extended to cover all the students. More important, if the old suppliers are good to supply the food needs of continuing students, then they are equally fit to supply the needs of fresh students.

The husbanding of public funds under the Free SHS programme is no more important than fees paid by innocent citizens. Otherwise, it could be suggested that a different menu would have to be prepared for continuing students who have paid their fees and fresh students who have not paid their fees. That means the two groups may not be eating together, and that could amount to lack of integration.

There are genuine concerns from headmasters as resonated by the president of CHASS, which must not be dismissed casually and swept under the carpet. The concerns must be discussed openly and transparently because if there is any revolt by students, the headmasters will be the primary casualties. We must provide functional solutions but not contrive lame excuses or attempt to smear those who speak about the challenges facing the initial implementation of the programme. As Don Wilder has maintained, “Excuses are the nails used to build a house of failure.”

The role of the headmasters in the implementation of the Free SHS programme cannot be discounted; therefore, those who needlessly undermine the system must be exposed and purged from the system, but those who make meaningful contributions must be encouraged to speak openly about their concerns. Where headmasters are coerced to keep silent, there would be seeming peace, but the consequence could be disastrous. The fact that there have been challenges along the implementation does not mean failure.
It was the noble British Prime Minister, Winston Churchill, who once said that, “Success is not final, failure is not fatal. It is the courage to continue that counts.”

It is not too late for the ministry and the GES to engage headmasters and their traditional suppliers in resolving the lack of food supplies to the schools. The Free SHS programme is a heritage that must endure.