Tramadol abuse; Pharmacy Council where are you? 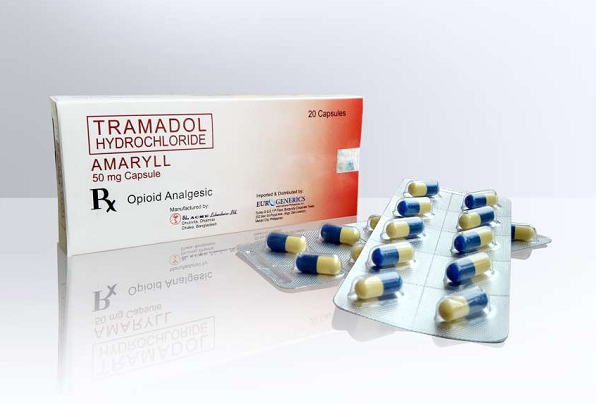 It was as if one had woken up from a trance. I was dazed by the admission of some tramadol abusers on a local FM station the other day.   In an interview with a reporter, the abusers recounted what to them were “feel-good” moments when they took the drug.

According to one of the abusers, the good feeling enabled him to perform any task before him. In reality however, those encounters with tramadol abuse should be worrying for anyone who cares to know.

Tramadol is a drug which ordinarily is dispensed in 50 to 100 milligrams (mgs) for the treatment of certain pains.  However, double, triple and sometimes quadruple doses of it are openly available and ignorantly abused because of the “feel-good” effects. Experts are raising red flags about the drug’s abuse which can cause depression, reduced heart rates, kidney and liver damages, seizures, fits and hallucinations.

In the said news report, one could easily discern the blatant ignorance of the abusers as they spoke with the reporter. It was indeed worrying listening to able young men talking about what experts describe as deadly combination of 400mgs or more of tramadol with energy drinks and marijuana which they claimed boosted their energies.

The report made some startling revelations on how the users were buying the drug dispensed in very high doses at drinking pubs and marijuana joints across the Ashanti Region. Some also said they got their stock from some local drug stores or from drug peddlers from neighbouring countries using all kinds of code names to sell.

I got even more startled by a public lecture on tramadol abuse held at the Accra Medical College that same week the report was aired. The speaker, Dr Yao Mfodwo, a Consultant Psychiatrist, made no hiding of the harmful effects of tramadol abuse.

I learnt from the lecture that tramadol abuse could be a big public health problem for our country. There is, therefore, the need for aggressive public education and strict regulation. In these times of free access to Internet information, poor prescription practices and weak regulatory environment, tramadol abuse needs serious tackling.

It was shocking to learn that as far back as January 2017, a Pharmacist,  Sarah Van Ess, publicly called for the drug to be regulated.  Nothing has been done.  Subsequent to that, in July 2017, the Narcotics Control Board (NACOB) and the Food and Drugs Authority (FDA) raised red flags over tramadol abuse but that was all.

This was followed in September 2017 by the Pharmaceutical Society of Ghana putting out a caution on tramadol abuse.  In November 2017, the FDA claimed that the abuse of the drug among the youth was getting worrying, to the extent that in January this year, NACOB issued a warning that the youth were leading in tramadol abuse in the Komenda-Eguafo-Edina Abrem (KEEA) in the Central Region.  Was the abuse dealt with?  All these awakenings were swept under the carpet.

From what I gathered at the public lecture, tramadol abuse has become an international headline and as far back as 2012, the International Narcotics Control picked up West Africa as an increasing dumping ground for the drug being produced massively in India and China.

Even though the devastating effects of the abuse are clearly on the wall, no practical steps have been taken to regulate the sale or distribution of tramadol.  The “killer” doses are selling for as cheap as GH¢1 per tablet and our youth are spending about two a day to destroy their vital organs and we are watching on.

Tramadol abuse is dangerously knocking at our doors and our youth are getting addicted.  For it to have gained local street names such as “Gbang gbang”, “Now now”, “Tramol” or “Red”  suggests that the drug is infiltrating our society.

There is too much ignorance around and we need to kill it.  We need strict enforcement of pharmacy regulations in this country.  We should take the bull by the horns and use this trying period of tramadol abuse and its effects to enforce the needed regulations.  Why do we allow over-the-counter sale of all drugs when in some countries, over-the-counter medications for some drugs are not permitted unless with an approved prescription?

It is worrying to walk into a pharmacy and see patients come in to describe their symptoms to attendants and suggest the medication they want.  And indeed, without any tests, the medications are sold to them.

One can sometimes pardon ignorance but it is difficult to forgive regulators who sleep on the job.  Their silence is more toxic.  To think that even though the issue of abuse came to light some 15 months ago in this country and nothing or very little has been done to save the situation is very regrettable.

The Pharmacy Council should please help us clean up our drug administration system as a matter of urgency.  We need tighter restrictions and strict enforcements of pharmacy regulations to forestall drug abuses.  At worst, punitive laws should be introduced and offenders dealt with ruthlessly.

We are counting on the Pharmacy Council and related bodies to do something before we die.

Writer’s E-mail : This email address is being protected from spambots. You need JavaScript enabled to view it.