Infant arrested and charged? Case of killing ant with sledgehammer 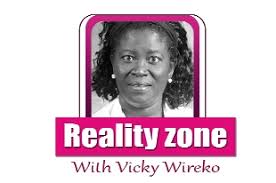 Sometimes one wonders why public officials will choose to ignore what is the obvious and expend so much time on trivialities while the much bigger issues which trample on people’s rights are ignored.

Where on earth will a police officer spend time to go after an 18-month-old child to arrest her and charge her with a criminal offence? Are there handcuffs made to the size of their tiny wrists? At that age, the child could still be in diapers and is likely to be strapped to the mother’s back a lot of times. That is a classic case of killing a harmless ant with a sledgehammer, a case of showing the parents where power resides, maybe.

On May 22, 2018, the Today newspaper and its online edition, todaygh, published a story written by Freeman Koyerkpor Awlesu with the headline: “Shocking! Police arrests girl 18 months.” The story of an 18-month-old infant arrested at Mafi Adidome in the Volta Region was indeed scandalous and must have been traumatising for the parents. And what was the charge preferred against her?

According to the story, the child, whose name was given as Princess Gokay, was slapped with a charge of attempted murder. The arrest of the young child was apparently confirmed by the mother when the reporter contacted her.

The details of the story were that the 18 months child attempted to give a poisonous substance to her five-year-old cousin who was sick and bedridden. But how on earth was the police expecting an infant to defend herself and prove her innocence if indeed the law says that one is assumed innocent until proven guilty by law?

Incredibly, in another twist, however, following the media backlash after the story broke and with the intense pressure and criticisms rained on the Adidome District Police, the case was swiftly transferred to the Regional Police Command in Ho, the regional capital.

For whatever intent, when the case was transferred to the regional command, the toddler’s charge was dropped. Rather, her mother was charged with assault for accosting the niece who is the alleged victim’s sister and also a cousin to the accused toddler.

Was somebody seeing reason here? A toddler arrested and charged? What was going through the mind of the police officer who made the arrest? Assuming the story as presented was true, were there no other correctional alternatives that were available to the officer seeing that the alleged accuser was only an infant?

Whatever twists the police might have put on the case, the arrest of an infant only 18 months is preposterous and the Inspector General of Police’s (IGP’s) attention must be drawn to it and investigated. When the little girl was arrested, who walked her to the police station and what processes did she have to go through? Was she made to give her statement, stating her side of the story?

How much meaningful conversation can a one-and-a-half year old girl be engaged in if investigators needed to get her to recount her alleged actions? How many children in that age bracket would have their cognitive functions so coordinated as to premeditate a crime? How can a toddler tell a poisonous substance from a non-poisonous one unless they are told over and over again using flowery language? This case leaves so many questions than answers.

As I read the story the other week, the question that ran through my mind was why the parents of the five-year-old should not have been picked up and charged. They deserved to have been charged with negligence, for how could any responsible parent leave poisonous stuff around within the reach of children? Most of the time even medicines have clear warnings on them to be kept out of the reach of children because of their inquisitive nature.

Ridiculous as it is, this case should not be left hanging. While one would plead with the IGP to get busy with investigating the mode of arrest and subsequent charge of an infant, one would also ask for the officer who issued the arrest to be seriously schooled. In the same vein, the Ministry of Gender and Social Protection, the Department of Social Welfare and any of the child right organisations should follow the case up and redeem the infant’s dignity so she is not tagged in future in that small community where she is likely to grow up in.

A child psychologist must be brought in to get the little girl properly assessed and guided through her formative years so the incident does not come back to haunt her in her adolescent age.

Sadly, we have big economic, environmental and social issues in our communities, but the sledgehammers of the police are not finding them.

And so despite the national war declared on illegal mining, over one year on, our environment continues to be desecrated and water bodies badly polluted.

We have commercial motorbike riders popularly known as “okada”, terrorising road users in the full glare of police officers and they are allowed to go and continue to break road traffic regulations with impunity.

Many examples of criminal “get-aways” abound in this our society with perpetrators walking free; yet we can overlook them and make a huge drama over an alleged act of an infant as if enacting the newest Kumawood film. Certainly, the police officer at the Mafi Adidome traditional area who initiated the arrest of the infant has failed in his duty. Who will call him to book?

Writer’s e-mail: This email address is being protected from spambots. You need JavaScript enabled to view it.