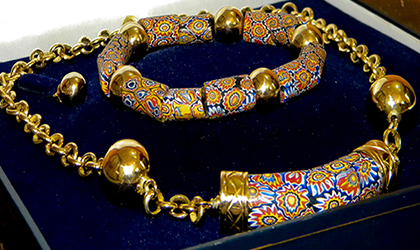 Two beautiful stories summed up the mood of my week last week. The good side of proud sons of Ghana showed up in the midst of confusion and uncertainties presented us in the news lately.

There seems to be too much ugly noises in our country these days as if COVID-19 has not brought enough confusion already in our lives.

One wakes up each morning wondering which way now.

These noises around us do not auger well for peaceful existence.

No wonder the Minister of the Interior is reported last week urging the National Peace Council (NPC) to serve as a “Social cohesion by engaging more with stakeholders to promote harmony in the country”.

In a speech read for him at the NPC staff retreat in Accra last week Friday and which was reported in the Daily Graphic of Saturday, February 5, the minister referred to the growing threats to peace in some parts of the country, particularly in Bawku in the Upper East Region.

There is no denial ,therefore, that the noises are drumming our ears deaf.

And so when sanity shows its face in another form, one cannot help but to join in the applause for mood changing.

That is why the joyful news last week of the boldness of a Police Inspector in Sekondi in the Western Region and the honouring of a Ghanaian-American Neurosurgical Oncologist in the United States of America (USA) by the country’s President are good news.

They momentarily cancel out the ugly noises and seeming doom around us.

The over-told viral story of the police officer on duty in Sekondi, Kwesimintsim, to be precise, and who caused the arrest and prosecution of the Sekondi-Takoradi Metropolitan Chief Executive (MCE) last week for allegedly driving dangerously has done enough rounds by now.

Since good news has no expiry date, it is my turn to celebrate this model officer who has shown clear professionalism in his duty.

The video that went viral on the exchanges between him and the MCE told it all. We do indeed have committed professionals in the service who go out there every day wearing the cap of excellence which defines their calling.

This professional, who was not deterred by a Nissan Patrol vehicle, nor shaken by the big man in it, did not have to hesitate for a moment in pointing out for caution and prosecution.

Not even a threat of transfer to some remote corner of the country could deter him.

It is my turn, one week after that viral but delighted noise to celebrate a true professional out on duty, a virtue Ghana needs most.

Then also on my radial was the beautiful story in the news of Ghanaian-born-American Neurosurgical Oncologist, Dr Edjah Kweku Nduom whose appointment by the American President, Mr Joe Biden brightened our space for the right reasons.

Who said the Ghanaian out there cannot do it?

According to the news reports which again went viral, Dr Edjah Nduom has been appointed by the US President to participate in a project to curb cancer deaths in that country.

At a ceremony in the White House, Dr Nduom, who is the son of proud Ghanaian parents, Dr Papa Kwesi and Mrs Yvonne Nduom, was reportedly commended by the US President for his work in the fight against cancer.

President Biden at the event, is said to have pointed out Dr Nduom and publicly commended him for spending 18 months trying to save his son’s life while remarking, “Doctor, I love you. The whole family loves you… we can end cancer as we know it.”

Who would not be proud of such an achievement which robs on to one’s country of origin?

The story of Dr Edjah Nduom is one of the many success stories of Ghanaians working assiduously all over the world.

Working in an environment which could be hostile, discriminatory and sometimes presenting unending culture shocks, the told and untold stories of many of our kith and kin in the diaspora gladden hearts and give added credit to our country in many ways.

In the eyes of strangers yet to encounter the country Ghana, the beautiful achievements they see in individuals out there are what they perceive Ghana to be.

As one bemoans the ugly noises in our country lately, it is time to welcome and celebrate the dedication and commitment of professionals and even simple individuals who are brightening their corners to give their professions, families and their nation a well-deserved name.

My salutation this week goes to the Police Inspector on road duties last week in Kwesimintsim and Dr Edjah Kweku Nduom, a US based Neurosurgical Oncologist.

They are exemplary sons of the land who successfully brightened our horizon last week.