YouStart brilliant for youth jobs, but…. 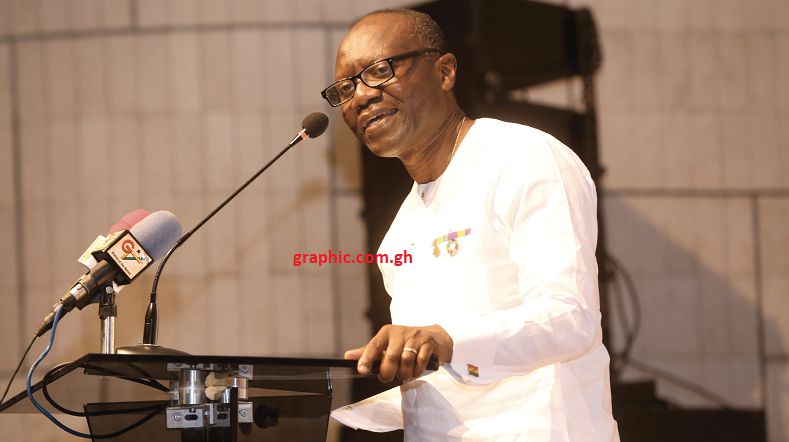 By now every young person just out of school or has been jobless three-to-four years after graduation has heard of the latest effort by government to create jobs for the youth.

Government has come up with a programme to support the youth with training and funding to build commercially viable businesses. It is known as the YouStart Entrepreneurship Programme under which government hopes to create one million jobs over a period of three years.

The programme is open to all young Ghanaians between 18 and 40 years who are running Micro, Small and Medium Enterprises (MSMEs) or individuals with business ideas they would like to turn into a profitable venture.

There are four models under YouStart. One of them is ‘YouStart Commercial’. Under it, youth entrepreneurs will be trained and given a loan of between GHc100,000.00 and GHc500,000.00 as working capital (liquidity).

The loan attracts 10 per cent interest. Absolutely no collateral is required. The moratorium for working capital is up to six months and that for capital expenditure (CAPEX) is up to 12 months. The loan repayment period will be up to three years.

The second model is the DISTRICT ENTREPRENEURSHIP PROGRAMME, to be implemented by metropolitan, municipal and district assemblies (MMDAs), coordinated by the Ghana Enterprises Agency (GEA) and the National Entrepreneurship and Innovation Programme (NEIP), with support from the National Youth Authority (NYA) and the Ghana Technical and Vocational Education and Training Service.

The third programme is YOUSTART GRACEWORKS, which will give loans of between GH¢2,000.00 and GH¢100,000.00. It will be implemented through Faith-Based Organisations (FBOs) such as churches and mosques.

To help YouStart-funded businesses to gain access to markets and establish a foothold, periodic trade fairs and networking programmes will be organised. Also, government buying power will be used to support beneficiaries through the provision of national, regional and district level procurement opportunities.

I like the thoroughness of the preparatory stages leading up to launch day (I am told the President will be launching it soon). Every major stakeholder who needs to know about it for purpose of fine-tuning the minutest detail has been consulted.

I was privileged to sit in during the stakeholder engagement with CSOs. The resource persons were very thorough and impressive. You’d be more than impressed by what came from the mouths of the young persons heading CSOs in the country.

They combine passion with knowledge. With insights gained from field experience, the young men and women subjected the programme to scrutiny and offered inputs. They loved the intervention.

They have fears, however. One of them is that brilliant as YouStart looks on paper, it could potentially go the way of almost every government freebie. With the experience of GYEEDA, YEA and what-have-you, they asked: “How are we sure that another political party is not going to come to power that would have nothing to do with YouStart?” they asked.

Beyond NPP-NDC political football, the CSOs were worried by the factor of an over-liberalised economy characterised by unrestrained imports.

While the YouStart officials didn’t have answers to the political problem, they were quite certain what they were doing to ensure fairness and equity. The inclusion of the banks in disbursing the loans in the YouStart Commercial model seemed to offer a glimmer of redeeming grace.

For the first time in the history of Ghana, we have a government youth employment programme in which the major decisions regarding who gets what in a large part of the programme will be by politically neutral actors in the private sector, specifically banking professionals.

If there is one thing the world knows about bankers, it is that you don’t play politics with a banker’s money. Who born dog! Bankers don’t know who a footsoldier or girl-friend of a politician is. As someone pointed out, “No bank will interview a loan applicant on the basis of the applicant’s political party affiliation.”

If you were government, you must be worried that the most active segment of the population is not productive. In Ghana, 11.7 million youth out of the 31 million national population are unproductive.

Every year, in Ghana, some 109,000 youths are produced from tertiary educational institutions who have no hope of ever landing a job. That’s a national security crisis, isn’t it?