Why should I pay for a service I will never need? - Asks Dr Frankie Asare-Donkoh 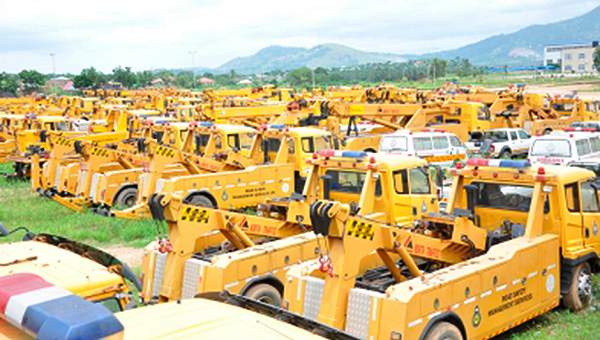 The Director for Planning and Programmes at the National Road Safety Authority (NRSA), Mr Kwame Adonten, is reported to have stated that the botched towing levy, which was rejected by Ghanaians in 2017, is to be re-introduced.

According to him, vehicle owners would pay between GH¢5 and GH¢150 (depending on the type of vehicle) as part of the cost of acquiring a Road Worthy registration certificate.

In 2017 when this idea of legislating for vehicle owners to compulsorily pay towing levy to cover the cost of removing breakdown vehicles from roads, the majority of Ghanaians rejected the idea.

One wonders how some Ghanaian bureaucrats analyse policies before they propose to government ministers, and whether the ministers also do any empirical research about such policies before taking action to push them on the people.

In the last 21 years, I have lived in both Ghana and the United Kingdom driving in both countries.

In Ghana, I have come across all kinds of vehicles abandoned on roads, some even in the middle of the road for days, with many causing fatal accidents.

On the other hand, I see drivers whose vehicles have developed problems and parked on roadsides standing by their vehicles either awaiting service from their insured companies or a towing vehicle to tow their vehicle away.

Here, the vehicle is usually not parked on the road itself, but off the road, unlike Ghana where there is no provision for off-road parking.

The practice in the UK, and also other countries that I know is that, no one is compelled to pay for towing breakdown vehicles from the road when their vehicles are left on the road.

Each vehicle owner does this because if they left their vehicles on the road for just a few minutes, the authorities in charge of the highways would on their own tow such vehicles off the road to their designated garages.

When that is done, the owner(s) of the vehicle(s) would pay a fine for leaving their vehicle(s) on the road, pay for the towing, and in addition pay demurrage to the garage owner for the number of days the vehicles would be there.

What the National Road Safety Authority (NRSA) thinks about as a way of clearing the roads of breakdown vehicles is either to set up a subsidiary towing company or encourage private companies to set up towing units.

The towing subsidiary of the NRSA or the private companies would then charge for each vehicle they tow off the road, while the NRSA should also impose fines on the owners who leave their vehicles on the road with both charges and fines duly paid before the vehicles are released to their owners.

What would make the vehicle owners rush to claim their vehicles is that after a certain grace period (where they pay demurrage for each day), the vehicle would be confiscated by the authorities.

The NRSA’s attempt to re-introduce this unfair policy must be stopped immediately before it even gets to the point when it becomes a national agenda again, because the people would vehemently oppose it no matter how much education is done this time.

The last time the policy was rejected by Ghanaians, the reason was not that there was not enough publicity or communication.

The reason, simply was that, it was a bad policy.

How do I pay for a service I will never use?

There is no way any person who owns a vehicle would want to pay for another person who leaves their vehicle on the road to be towed.

What is the sense for one to do that, and in which free society would this policy be implemented? It’s like punishing somebody for another person’s offence.

It seems some of our technocrats are not thinking outside the box, but would only recycle failed policies and present them as good ones for lazy political figure heads and front it to their own detriment.

The Ministries of Transport and Roads and Highways must join hands and take an immediate action on this proposal before the issue again generates into another heated debate at a time the country needs to think about other development issues.

I am not a prophet, but I can prophesy that no matter how the NRSA packages this unfair policy, Ghanaians would never accept it, because nobody in their right senses would want to pay a fine for an offence they have never committed, or for a service they would never benefit from; at least not in any free society.

The writer is a political scientist/ communication consultant. E-mail: This email address is being protected from spambots. You need JavaScript enabled to view it.