What I have learnt about prostate cancer 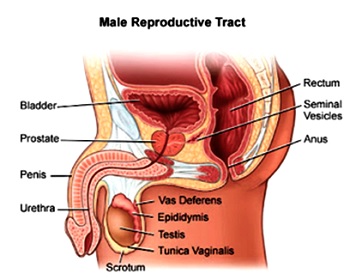 What I have learnt about prostate cancer
30.5k Shares

As we approach the end of September, which is observed every year as Prostate Cancer Awareness Month, I recount my experience with this dreadful ailment.

Prostate cancer afflicts only men, mostly those of us over the age of 50; it is also predominant among African men and others of African lineage.

I am one of the lucky few who do yearly medical examinations and closely study the results of the various tests.

As a former nuclear worker whose former colleague had a scare with prostate cancer some years back, I was always fixated on what my Prostate Specific Antigen (PSA) value was.

The PSA test is a blood test used primarily to screen for prostate cancer; it measures the amount of prostate-specific antigen in the blood.


PSA is a protein produced by both cancerous and non-cancerous tissues in the prostate – a small gland that sits below the bladder in males and produces the seminal fluid to facilitate the ejaculation of sperms in males.

My PSA value used to hover around 0.4 ng/ml until three years ago when it jumped to 6.8 ng/ml.

Alarmed, I got myself checked by my neighbourhood doctor with an ultra-sound device; my prostate was not particularly enlarged, but the doctor took note of the fact that I had urine retention – the bladder was not fully emptied when I used the toilet – but indicated that my PSA number was about normal for my age – over 70 years.

Nevertheless, she recommended that I visited a urologist to follow up on a possible Benign Prostatic Hyperplasia (BPH) – also called prostate gland enlargement; this is a common condition which affects men as they get older.

An enlarged prostate gland can cause uncomfortable urinary symptoms such as blocking the flow of urine out of the bladder.

I subsequently visited the hospital and after some checks, the urologist prescribed medication for me to facilitate the free flow of urine. The next year, my PSA value jumped to a new value – 9.6 ng/ml; my urologist had previously indicated that he would leave my prostate in a ‘watchful wait’ situation until the value approached or crossed 10 ng/ml.

So it was now time for me to do further tests, including biopsy of the prostate and Magnetic Resonance Imaging (MRI) scan.

The result was indicated in a so-called ‘Gleason score’; doctors determine how severe a person’s prostate cancer is by assigning it a Gleason score.

The score ranges from two to 10, and a specialist determines the score by assessing the cells from the biopsy tissue.

Even though some tumour cells were found, the urologist indicated that my condition was of ‘low risk’ for full-blown prostate cancer.

The next test was the bone scan; the results showed that no tumour had metastasised (migrated) to the bones or to other organs.

I was lucky to have come across a video of a new minimally invasive, almost bloodless laparoscopic or robotic surgery method for removing the prostate; this surgery is routinely performed by one Prof. Kingsley Ekueme and his team based in the UK, but who come to Victoria Island, Lagos from time to time.

I contacted them, and after a review of my records, I was deemed a candidate for the three-hour surgery.

In all, I spent three days in the hospital, including the day of the surgery; I was discharged to travel back to Accra the next day after the procedure.

Prostate cancer is the most common form of cancer in men. The prostate is part of the male reproductive system.

Prostate cancer occurs when cells in the prostate grow out of control; this happens when there are changes in the DNA of the prostate.

It is worthy to note that prostate cancer can remain symptomless in an individual for a long time until symptoms start to appear, by which time it could be too late for some patients.

Thus, men, particularly those over 40 years, need to educate themselves about the risks and have regular screening done by a medical doctor.

The common symptoms of prostate enlargement include:

1. The need to urinate frequently, particularly during the night.

2. Urgency to urinate – the urge to urinate can be so strong and sudden that one may not reach the toilet in time and may then soil his trousers.

3. The urine is slow, and there is a sensation that the bladder is not fully emptied after urination.

4. There is also a lack of force to the urine flow, which makes directing the stream difficult.

Regular checks of the PSA level and active surveillance may delay the need for treatment and prevent severe consequences of the disease.

Also, early detection is critical as prostate cancer is treatable.

Without regular checks, prostate cancer may progress to an advanced stage before a person notices any symptoms.

So the best option is through early screening to prevent or manage the prostate cancer.

When identified early, the treatment options are several.

Needless to say, any of the above-mentioned therapy treatments for prostate cancer is expensive; so what about affordability issues for the ordinary professional, a worker, an artisan, a farmer, a fisherman, etc.?

Hence, the recent appeal by the Vice-President of the Ghana Association of Urologist Surgeons (GAUS), Dr Kwaku Addai Arhin Appiah, for the government to include prostate cancer in the list of diseases covered under the National Health Insurance Scheme (NHIS) was most opportune (ref: graphic.com.gh, Sept. 12, 2022).

But what about the herbal teas and other concoctions which are used regularly by a large majority of Ghanaians as they cannot afford the medical costs for the therapies mentioned above?

The herbs, if approved by the Centre for Scientific Research into Plant Medicine (CSRPM), Mampong, and the Food and Drugs Authority, may be useful, but only for benign prostate enlargements; if there are tumours or cancer cells involved, the herbs may rather worsen the case.

A medical investigation must first determine whether the enlargement is benign or cancerous.

So as we approach the end of September, I encourage all men above 40 years to consider visiting the nearest hospital or medical laboratory to check their PSA levels and to continue monitoring them yearly.

The writer is a retired engineer, IAEA Consultant KERSL Automation, Spintex Road, Accra. Email: This email address is being protected from spambots. You need JavaScript enabled to view it.