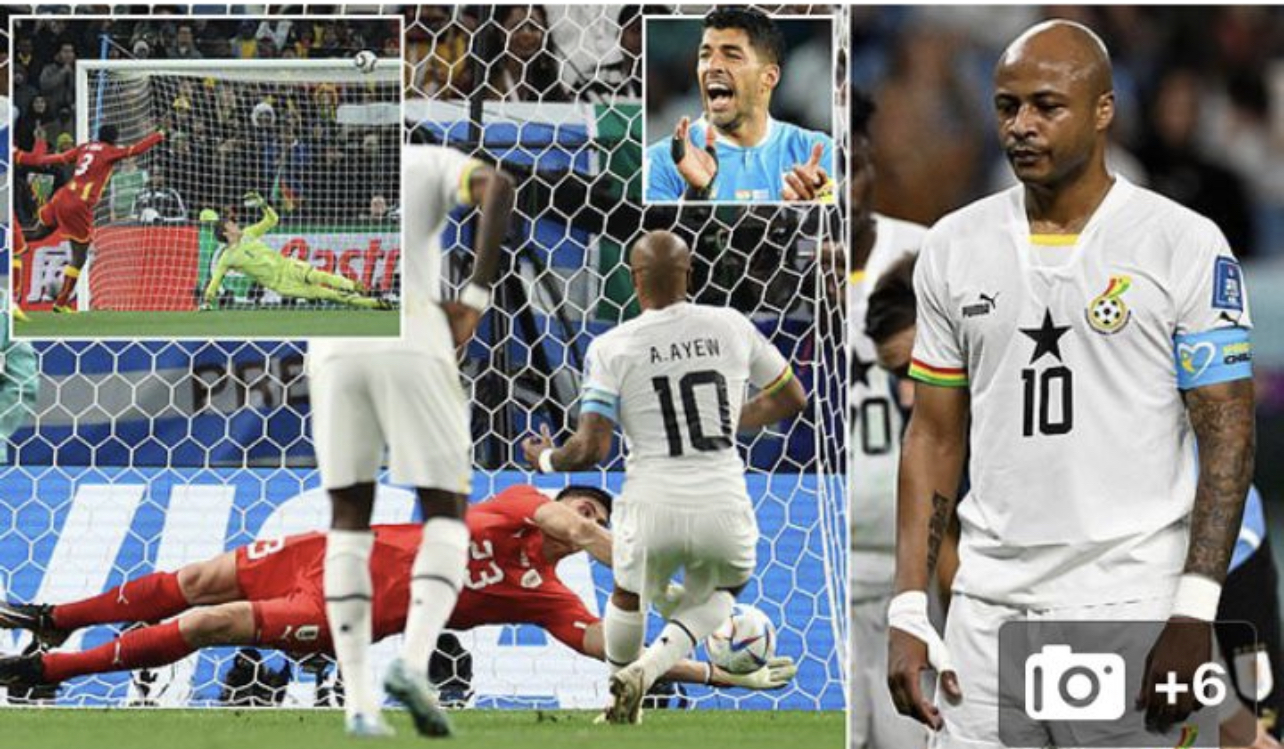 And it’s because several of us haven’t developed the mentality that confronts adversity.

Argentina won by two goals while Ghana lost by two goals. Why? What happened between the penalty misses and the win and loss? That is where I think the difference in the national attitudes to failure lies.

Penalty misses happen in football. Naturally. But my concern is what happened after the immediate adversity of a penalty miss.

And on that I saw amazingly contrasting attitudes among the Argentine and Ghanaian players and fans.

Almost as soon as Messi missed his penalty (and as the few Poles in the crowd celebrated), as if it was expected, and definitively rehearsed, the 30,000+ Argentine fans rose to their feet, chanted Messi’s name and repeatedly bowed to him. At 90 minutes they rose again to sing a song that I’m told, thanks the team for showing up to play, win or lose.

With the support, the team rose from the ashes of the penalty miss, Messi rose and engineered the win that Argentina required.

We gasped in pain. Then both players and fans slumped. The stuffing was knocked from us. We froze. The spirit left us. Anger became the immediate emotion. The insults began. Shouting at the players. Insulting the GFA. Every attempt to revive the spirits of the supporters fell flat.

Uruguay scored two quick goals. It was only when the team started playing well in the second half, that some fan support resumed. But it was too late. Adversity won. End of story.

Several times, we will fail. That hurts. But our mental attitude and how quickly we pick ourselves up, are what will determine whether the next step is a victory or another defeat.

My brother and friend Kobina Andah (we call him ‘Hagler’) has a diagnosis that I agree with. Hear him:

“On the cheering etc, we're spontaneous and organic in our investment, whereas what you witnessed [with Argentina] is intentional and scientific.”

In our lives and in all we do, we need to invest in and develop a mental attitude that anticipates adversity and prepares for how we will deal with it when it comes. Our desire to bounce back must be intentional and deliberate. Fake it, if you must. But bounce back, we must.

One of my most favourite borrowed saying is this:

We need to learn those small steps, those determined steps, those consistent steps, and those time-bound steps.

One of my all time best movie scenes in the 1993 classic Cool Runnings between Yul Brenner and Junior Bevill:-

Yul Brenner: Look in the mirror, and tell me what you see!
Junior Bevill: I see Junior.
Yul Brenner: You see Junior? Well, let me tell you what I see. I see pride! I see power! I see a bad-ass mother who don't take no crap off of nobody!

May today be the first day that we begin those small, determined, consistent and time-bound steps. That’s how we build the mentality that prepares for, expects, anticipates and confronts adversity.

And while at it, look in the mirror, Ghana. We have been too reticent a ‘Junior’ for too long. There’s nothing wrong with a little more self-confidence and a little more swag and a little more arrogance. Not empty arrogance, but that measured arrogance that comes with knowing who you are and what you are able to do. Maybe one of the several things Ghana needs now are some bad-ass mothers who don’t take no crap off of nobody. And the ‘nobody’ includes life and its curve-balls!

They call me ‘Ace’