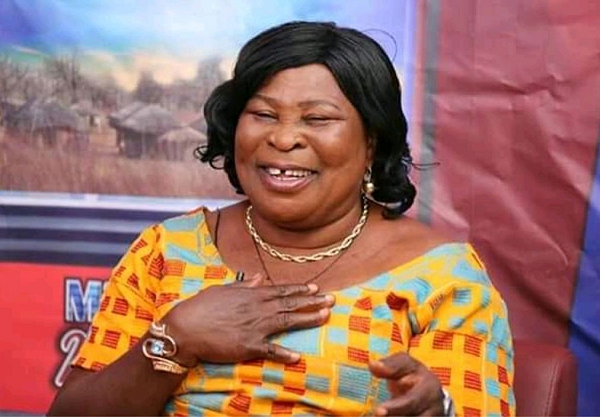 Until last Monday’s final night for the GBC-Star Ghana presidential debate, Nana Konadu Agyeman Rawlings was in a comfortable lead, at least, according to the most credible polls in Ghana — my polls.

Her absence from the GBC panel of presidential hopefuls gave the lead to Madam Akua Donkor.

Among frowns, complaints of biased time-keeping and pure genius in articulating her manifesto promises to Ghanaians, Akua Donkor out-performed the pack.

Come December 8, Akua Donkor, as President-elect, would go on to prove that the difference between literacy and non-literacy is only a matter of arithmetic, reading and writing.

Under her presidency, the annual budget will include one very important item, namely ‘Remuneration for Interpreters and Translators’, presidential staffers who will translate and interpret the Finance Minister’s budget to her, plus their air-fares, hotel accommodation and per diem when she addresses the UN, AU or meets Joe Biden etc.

If she does not win in next week’s polls, it may be because some people had issues with her temper: she appears to be quarrelsome. Emotional outbursts can be costly in an election.

Accused of using an ethnic slur against French-Americans and unable to stand the humiliation that his wife “took an unladylike pleasure in drinking and telling jokes”, the man broke down at a press conference and is said to have wept.

He was the front-runner for the Democratic presidential nomination. Many voters wondered if Muskie had the strength and composure to run the nation. Americans don’t like weak Presidents. That ended his presidential ambition.

All of these would be avoided if Nana Konadu Agyeman Rawlings makes a strong showing on December 7, which I expect her to. In addition to the sympathy votes, on account of her dear husband’s passing, she has done enough to deserve compensation from Ghanaian voters.

Remember all the 31st December Women’s Movement day-care centres, even if the teachers were seconded from the Ghana Education Service (GES), the hundreds of gari processing factories and Chorkor Smokers. Because of her, Ghanaian “women”, through Caridem, now own a factory at Nsawam. What I am not sure about is the ownership structure of Caridem now.

For now, my polling results show that Ghanaians will give her sympathy votes. Those sympathy votes are being shared with her by the party her late husband founded, the National Democratic Congress (NDC).

People gossip about the unprecedented speed at which JJ’s death was officially carried to Jubilee House. In less than 24 hours!

Asiedu Nketia, the NDC General Secretary , was livid. How dare the President “hijack the funeral of the party’s founder!”

I noticed the blood-gorged veins on his neck and the inflated nostrils as he hissed angrily into TV cameras and radio microphones. Nana Konadu was cool.

I now turn to the others on the December 7 ballot paper. Without exception, the presidential and parliamentary aspirants have realised that even melting a bar of gold cannot get them enough to bribe all 17 million voters!

So whatever little money they have is finding its way to prophets and jujumen. You don’t pay a jujuman with a cheque.

So somewhere in the Brong Ahafo Region, I am told that a ‘Ghana Must Go bag’ being carried by gurus of one of the parties broke and the bundles spilled. The notes were crisp, apparently fresh from the Bank of Ghana. The jujuman’s eye glistened as his salivating tongue moistened his lips.

Election time everywhere is a date between promisors and promisees. In the UK and the US, the electorate are promised Free Sex-change, Freedom to sleep with dogs and cats, war on climate change etc. In Ghana, it’s bread and butter — promises.

The NPP institutionalised promises in 2016. They won. The NDC having learnt their lesson, you must hear John Dramani Mahama. He gives a promise at every village his motorcade comes to a whistle-stop. Meanwhile, the doctors are surprised that President Nana Addo Dankwa Akufo Addo, at his age, has such energy! His energies flow to the brim, especially when he meets the Volta chiefs. His latest promise is that “I will marry the Volta Region”.

Meanwhile, the prophecies have become as false in the mouth of prophets as they have been from pollsters. Election in Ghana is an industry.

PS: As usual, funding for the GBC Presidential Debate came from donors — the EU, UK Aid and Danida. Don’t blame the GBC; after all, the EC is also partly funded by external sources. Even the making of the 2004 Culture Policy was funded by the “white man”.

In the 1980s through the 90s, Ghana’s participation in the Berlin Tourism Fairs was by courtesy of the European Commission.

The writer is the Executive Director, Centre for Communication and Culture