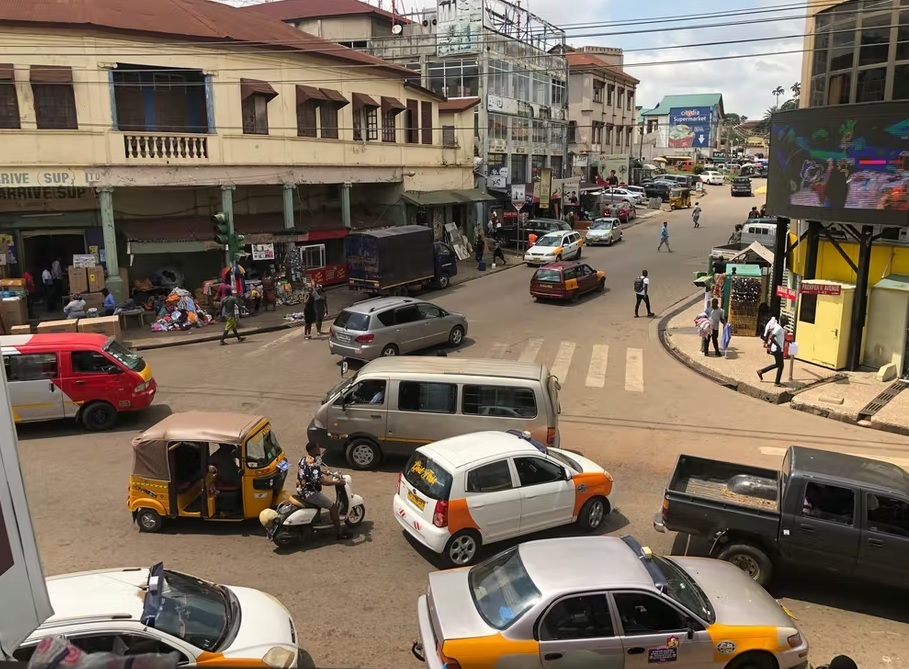 I spent part of the week in the “Garden City “of Kumasi, aka “Oseikrom”, on what has almost become a weekend past-time for many Ghanaians. I attended a funeral! My stay was eventful as it gave me some education, and afforded me the opportunity to do some cursory comparisons of Accra and Kumasi in a few areas like traffic, discipline/indiscipline and environment.

Apart from driving about 22 kilometres on the Kumasi-Nkawie road to Afari village, location of the new Kumasi Military Hospital, I also listened to radio discussions on the bloody clash at the Kwame Nkrumah University of Science and Technology (KNUST) between students of University Hall (Katanga) and Unity Hall (Continental).

This was at the heels of a similar violent clash at the University of Ghana, Legon, between Commonwealth Hall (Vandals) and Mensah-Sarbah Hall (Vikings).

Before then, how did the names “Oseikrom” and “Garden City” for Kumasi originate?

History has it that until 1701 when the Asante Confederacy was started by Kofi Osei Tutu, later Osei Tutu I, the Oyoko clan, nucleus of the Asante kingdom, was a vassal state of Denkyira, under King Ntim Gyakari. Obiri Yeboah, who was the uncle of Osei Tutu and leader of the Oyoko clan, died in battle fighting the Dormas.

Prince Osei Tutu, who had earlier escaped from Denkyira where he was domiciled, to live in Akwamu, decided to return home to lead his people after his uncle Obiri Yeboah’s death. His trusted friend and spiritual leader Okomfo Frimpong Anokye, decided to go with him to Kwaaman, the capital of the Oyoko clan.

On arrival, Okomfo Anokye was said to have planted the “kum” (fig) tree in two locations to test the soil fertility. One grew luxuriantly and was named “Kum-ase” meaning under the shade of Kum. The other “kum” tree died, hence the name “Kum-awu”. The names Kumase and Kumawu were thus born.

Kumase became Osei Tutu’s capital with him becoming the first Asantehene with the title King Osei Tutu I. So, people going to Kumasi said in Twi, “mee-k) Osei-krom” meaning, “I am going to Osei’s town.”

How did the name “Garden City” come about?

In 1961, Queen Elizabeth II of England visited Ghana. She was said to have been so awed by the greenery, beauty and orderliness of Kumasi on a visit there that she called it the “Garden City!” of West Africa. Kumasi was also home to a variety of flowers and species of plants.

One of the major topics that dominated the airwaves during my visit to Kumasi was the ugly clash between students of University Hall (Katanga) and Unity Hall (Continental).

In the clash between the two rival halls during the hall week celebration of University Hall, 12 students were injured and hospitalised, 12 vehicles were damaged and university/personal properties destroyed by the rampaging students.

Incidentally, this was soon after a similar violent clash at the University of Ghana, Legon, between students of Commonwealth Hall and Mensah-Sarbah Hall.

It is difficult to understand why students who are being trained as the next generation of future leaders for Ghana should think causing harm to fellow students, and vandalising and destroying universities, as well as personal property is what they have gone to the university to learn. Many of these students are dependents of poor and struggling parents who are sacrificing everything just to invest in the future of their children through tertiary education.

Is this noble objective what these violent university students are aiming for?

While some may call it harsh, the University Council of KNUST has acted swiftly by taking firm action against the perpetrators of the violence/crime, and also banning the Junior Common Room (JCR) organisation as part of the University Management Team, among other measures.

Interestingly, a professor I listened to, as well as others who are old “Katangese” condemned the violence of the Katanga students, and advocated the banning of the alumni association, attributing part of the blame to their irresponsibility in encouraging vandalism by the young students.

Discussing the KNUST situation with a professor at Legon, we hoped that the University of Ghana will take a cue from KNUST’s swift and bold action to stem the tide of vandalism and destructive irresponsibility of students being trained for future leadership in Ghana.

Some well-behaved high school students who find the unfettered freedom in the university alluring suddenly change course to irresponsibility, learning wrongly from others in the name of so-called hall traditions. Violent irresponsibility must not be allowed to grow into cult status in our universities.

Unfortunately, in some discussions, reference was made to January 7, 2021 when Parliamentarians reduced the chamber to a boxing/wrestling arena in the full glare of Ghanaians and the world. Some opine that it is earlier inaction against such vandalism in the universities which graduated into the violence in Parliament.

This unfortunate/criminal trend must be reversed. We cannot build a nation on indiscipline! The earlier we stopped this canker of vandalism/violence in our universities, the better for the future of Ghana!