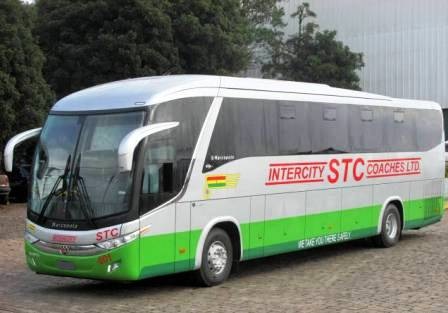 I was booked to travel at 6 a.m. but I had overslept, so at 5.55 a.m., I was (over)speeding from Dansoman towards the Inter-City STC main bus terminal. My phone rang.

“Good morning. Is that Mr Ashon?” It was a male voice. I grunted. “I am calling from Inter City STC. You are booked to travel on our 6 o’clock bus to Takoradi.” I felt my heartbeat in my throat as he continued: “The bus is ready to move but if you can get here in five minutes, we will wait for you.”

I was so shocked I lost coherence. STC! This could not be happening in Ghana where nothing works — or almost nothing. In our doom and gloom, some things are working, no matter how few.

One of them is what I call ‘The Miracle of Inter City STC’. There are three others, namely Ghana Oil Limited (GOIL), the Driver and Vehicle Licensing Authority (DVLA) and Ghana Tourism Authority (GTA) – all State-Owned Enterprises — some, a combination of government policy and management efficiency and some, sheer management innovativeness and drive.

It is not possible to deal with all of them in 700-plus words, so I will do it in two parts. You may need to fasten your seat belt – and that’s a warning.


What used to be Government Transport, then State Transport, went into private hands (Vanef STC) in 1999 but reverted to state ownership as Inter-City STC in 2002.

No need to ask for an audit; every Ghanaian knows that this organisation was such a write-off that only a crazy investor would have offered a million cedis for it on the Stock Exchange.

Inter-City STC was so run down that when Nana Akomea, in 2016, asked to head it, the President (I am told on authority) nearly thought he (Akomea) needed a mental examination.

The President was right: nobody, in their right senses, wanted to touch STC, not with the longest pole.

This was the company that even the best of VANEF’s private sector management solutions could not turn around.

So bad that out of a fleet of 50 new buses acquired in 2015 (under Nuamah Donkor), 22 of them were permanently parked because it did not make business sense to put them on the road.

The Takoradi route had ground to zero.

Come 2017, something happened. Placing the maps of Accra and Kumasi before them, the new management under Nana Akomea saw how stupid the business had been all these years.

STC was inaccessible to the travelling round the clock).

Today, its fleet has been further boosted with 70 buses owned by private individuals who pay the company management fees. STC opened new terminals at Madina, Cape Coast and Sekondi.

A company that was once the butt of jokes in transport circles is now looking for space to accommodate the number of trophies and citations.

“Awards are now chasing us. We’ve stopped picking them up.” ???

STC has become a topic of study. High-flying business gurus are studying the turn-around phenomenon where, from zero in 2015, this state-owned transport operator began paying US$1 million a month to the government in 2020!

Nana Akomea has two prayer requests on his lips. Cote d’Ivoire is the hub of economic activity in West Africa’s francophonie and STC was one of the biggest transport providers in that corridor.

At its peak, business was raking in GH₵2.7 million a month. But the border is closed: it has not been re-opened since COVID- 19.

The other prayer request is for God to intervene to reverse the situation where fuel cost has increased by 300 per cent since January 2022 (from GH₵6.85 per litre to GH₵23.50 in November) and passenger fares have increased by only 87 per cent.

There is a third prayer: “O, God, do something about the Mankessim bottleneck.”

Next week: GOIL, DVLA and GTA. The writer is Executive Director,
Centre for Communication and Culture.
E-mail: This email address is being protected from spambots. You need JavaScript enabled to view it.