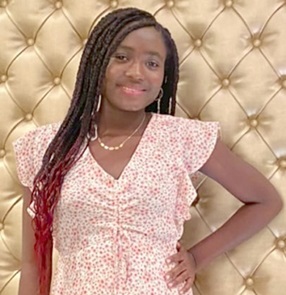 My first university degree was in Business, with the notion that I’d one day become a business person. It wasn’t until I found myself teaching young people – by default - that I realised for the first time, the work I was truly born to do. And I have not looked back once.

Another milestone was where I was asked to coordinate a GATE programme (Gifted And Talented Education) in the state of California for a school in Los Angeles. My job was to help young people learn to think for themselves, and to support them to be imaginative and do something with their thinking as early as possible.

My training started off with various workshop courses in “Critical Thinking”, sponsored by the state across San Diego, Long Beach, Sacramento, San Francisco, etc. In those years, such courses were not mainstreamed in regular universities.

It had never, before then, crossed my mind that thinking was such an important tool. I had been raised for years – since primary and secondary education in Ghana – overburdened with the notion of accumulating vast amounts of information and repeating them as nauseum to pass all manner of examinations.

I was a miserable wretch in my youth for the very simple reason that from childhood, I preferred to do my own thinking and to reflect on my thoughts - for better or for worse. Learning to read at a very early age saved my life. I was immensely absorbed in the works of people who were themselves imaginative and took their thinking to creative heights.

Alas, thinking for one’s self brought to mind quotes by three particular people. First, by J. E. Kwegyir Aggrey: “Don’t tell me what you know; show me what you can do!” Another was by Osagyefo Kwame Nkrumah at the dawn of Ghana’s independence in 1957: “We want thinkers; thinkers of great thoughts. We want doers; doers of great deeds!”

I virtually knew Ewurafua from the day she was born to my lifelong buddy, Captain Ebo Acquaah, and Evelyn Annum. At a very early age, she possessed a keen sense of her presence. She knew where she stood and who she was with. I enjoyed asking her mindless questions whenever I saw her while visiting my last daughter, Felicia, at Faith Montessori School, Gbawe, Accra.

She was in the primary school then and my questions were merely to tease her, like, “What’s your excuse for living?” “How do you know what your name is?” The day I realised she had caught up with my antics was when she threw a suspicious dart in my direction and refused to answer me. Chuckling with a ridicule in her amusement, she was mocking me at my own pranks.

A couple of months ago, I received the most pleasant fatherly call from Ewurafua. She was in a final year at a community college in New Jersey and wanted advice about transferring to a preferred university of repute. We had talked earlier in Ghana before her departure, and she had now called to update me about her progress.

On learning that her grade point average (GPA) was a whopping 3.989, it was clear that she has scored all As, except for one measly A minus.

She was keen to study Journalism and Communications for her first degree. Of course, I asked to see a paper she had written to which she replied, “I will send you a paper I wrote on The Wealth Gap. The professor said that was the best paper.”

Folks, I live for moments like this: to read a lively piece of “thinking work” from a mere teenager. Titled “Another War to Fight: The Wealth Gap”, the 14-page documented research paper of about 3,800 words was supported and sourced from fifteen citations to satisfy an English class for a certain Professor Kennedy, December 5, 2021.

Ewurafua started off her paper with the following introduction:  “Eugene and his wife, Bernice, walked into the house in Levittown, New York, just like their white friends. They surveyed the house, and with excitement walked up to the salesperson asking for the procedures to buy the house. They were turned down whereas their white friends were given the opportunity to buy the house, all because they were ‘negroes’. This was a blow to them because homeownership meant that they would increase their wealth. Their white friends were given the opportunity to make wealth but they were not.”

She continued, “The genesis of the wealth gap is slavery, which formed a foundation for the disparities in racial wealth. In the 17th century, many people were brought from Africa to serve as slaves and a form of free labour to the people of America. Since the African slaves were mostly black, slavery caused the Whites to see Black people as properties or lesser beings than themselves, which fueled racism that is still ongoing today. Slavery did not give the enslaved Africans a chance to make a living for themselves.”

When I read her full paper on “The wealth gap”, Ewurafua Acquaah’s youth, passion and resilience reminded me so much of “the youngest” poet laureate, the African American, Amanda Gorman, reciting “The Hill We Climb” to usher in Joe Biden as the 46th president of the United States.