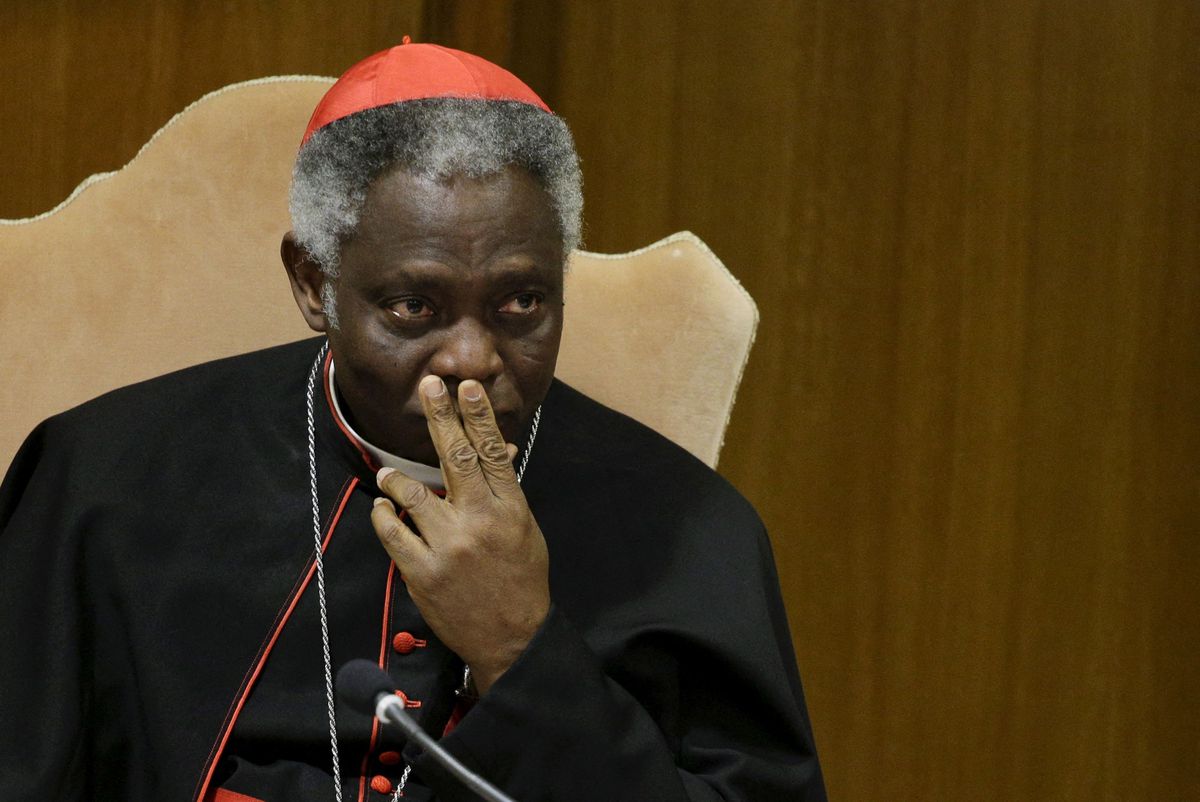 During the past few day, the social media has been awash with the news of the alleged resignation of Cardinal Peter Kodwo Appiah Turkson. This news, no doubt, has disturbed Catholics and indeed all Ghanaians and even non-Ghanaians.

But is true that the Cardinal has resigned?

The straightforward answer is No, if one is thinking of his resignation from the rank of Cardinal.

However, in providing details for the answer, let me give an example from the life of a bishop.

A diocesan bishop who has completed his 75th year is requested by canon law to tender his resignation from office to the supreme pontiff.

Normally he does this through the Apostolic Nuncio.

The term “resignation” is used in this context because there can be only one bishop at a time in a diocese.

If the bishop does not resign from his episcopal office, another bishop cannot be appointed by Rome.

The resignation, then, must be accepted by the Pope.

When the Pope receives the letter, he usually asks the bishop to continue looking after the diocese until a new bishop is appointed.

A diocese does not become vacant when a diocesan bishop tenders his resignation, but only when the supreme pontiff accepts the resignation.

Unlike resignation in the secular world, the bishop continues to be a bishop but he will not be in charge of the diocese once the Pope appoints a new bishop in his stead.

In addressing the question of whether Cardinal Turkson has resigned or not, a short biographical information including the positions he has held will help to throw light on the matter.

In 2003, in his 10th year as archbishop of Cape Coast, Pope St. John Paul II inducted him into the College of Cardinals.

During the second Special Assembly of Synod of Bishops for Africa in October 2009, now-retired Pope Benedict XVI announced that he was naming Cardinal Turkson to head the Justice and Peace office.

At the time, the Cardinal was serving as the Synod’s recording secretary.

In 2016 Pope Francis announced the creation of the Dicastery for Promoting Integral Human Development, merging the former pontifical Councils for Justice and Peace, Cor Unum, Migrants and Travelers, and Health Care Ministry and making Cardinal Turkson its Prefect.

In the same year, Pope Francis renewed the mandate of Cardinal Turkson for a five-year term as the Prefect of this dicastery.

This five-year term, I understand, expired in August this year, and Cardinal Turkson, in line with church tradition, wrote to the Pope informing him of the expiry of the five-year mandate.

It is up to the Pope to either renew the mandate for Cardinal Turkson to continue to be the Prefect of the Dicastery for Promoting Integral Human Development or to assign him to a different dicastery.

Until that happens, he is still the Prefect of that dicastery and is still a Cardinal.

Cardinals who head the various dicasteries (departments) in the Vatican are normally given a five-year term of office.

In any of these three scenarios, the Cardinal will write to the Pope surrendering the mandate given him to be in charge of the particular dicastery.

In the case of Cardinal Turkson, he surrendered his mandate when Pope Benedict resigned in 2013.

When this happens, it is up to the Pope to renew or extend this mandate or to reassign the Cardinal to another position in the Vatican.

At the expiry of his five-year mandate given him in 2016, Cardinal Turkson has surrendered the mandate given to him until he gets a new mandate from the Pope.

When the news media say that Cardinal Turkson has resigned, they should tell us what he has resigned from!

Has he resigned from being a Cardinal? No, he is still a Cardinal.

I have spoken with Cardinal Turkson three times since the social media spoke about his “resignation” and he has made it clear to me that he has not resigned from anything and is still a Cardinal and the Prefect of the Dicastery for Promoting Integral Human Development waiting for his new appointment!

I, therefore, entreat all Ghanaians and all Catholics for that matter not to be disturbed by the so-called “resignation” of Cardinal Peter Kodwo Appiah Turkson.

The writer is the Catholic Bishop of Konongo-Mampong, Ghana