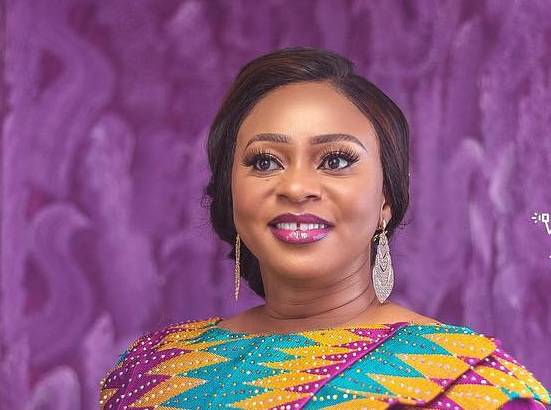 One of these situations is that of an underage girl who brings pregnancy to the home, especially pregnancy without a father.

Another is the sick. Once you are pronounced ill, especially with a terminal disease, all criticisms are suspended pending recovery: your worst enemy will not cease to hate you but they will not gleefully broadcast the “news” or persist in settling personal scores.

In the first few weeks when Adwoa Safo was not appearing in Parliament, Ghanaians, especially her constituents and exasperated party members who thought her absence was hurting the fate of the E-Levy, observed a sympathetic and empathetic silence.

The whisper was that she was ill. Then someone dropped a viral video in which she was said to be dancing.

Like the malevolent torrents of water from the Bagri Dam when the sluices are open, Adwoa Safo’s can of worms was opened.

Same went for our current Speaker of Parliament. Even the cost of his treatment in Dubai was hushed, and it was considered un-Ghanaian to suggest that his health was costing Ghanaians a pretty pesewa.

Though nobody knew, and very few even today know exactly what disease has been taking him to Dubai, the bowels of compassion within us called for a truce until he himself began to throw stones from his glass house!

An instance is his latest accusation against MPs who, he says, are taking bribes to do the bidding of the Executive!

Did an elderly person need to have said all that? From his position, Ghanaians don’t expect whining.

Is board membership, strictly speaking, a position of profit? Besides, have there been any National Democratic Congress (NDC) MPs who have accepted board appointments from the President?

If the answer is no, then why is our Speaker speaking as if Akufo-Addo is pulling a hair from his nostrils?

Isn’t our Speaker crying wolf when there is no sight of even a day-old mouse?

To burst out into “maka a maka” (in his last engagement with the media), is unSpeakerlike. It suggests an attempt at gagging him this one year or so in office. What is eating Bagbin?

I may be wrong, but I suspect there’s method to these tantrums. Nor is Bagbin anybody’s enemy. He is a nice man – watch his smile, when he does occasionally display that beautiful disarming smile of his!

Cool it, Alban. You are Speaker. In all the tribes of Ghana, an elder “doesn’t talk like that”.

In Parliament, another suspected sick officer is MP for Dome Kwabenya. Someone kindly tell Ghanaians: Is Adwoa Safo really ill? It doesn’t seem as if anybody in NPP knows the answer to this. I say so because so far, from Majority Leader to the least in the party, all we hear are litanies of accusations.

Then came her letter to the Speaker asking for more days. More days to do what? Nobody is telling us anything.

Is she angry with her party? Does it have anything with the gossip that she was asked by the President to make peace with a certain (unnamed) powerful New Patriotic Party (NPP) lady over a school feeding brouhaha?

More days to settle her children comfortably in the US, as is being rumoured? I have little to say about it; after all, it is her own money.

I thought, however, that after assuming an office of the state, it is an MP/Minister’s patriotic duty to portray their preference for things of their country even if it hurts.

When Ama Ata Aidoo, as Secretary (Minister) for Education in the Rawlings era, asked that state officials should show love of country by not educating their children overseas, she was pleading national pride over love of self.

Parliamentary proceedings on Tuesday night made it clear that continuous absenteeism by an MP for more than 15 days was punishable by banishment. We await the verdict when the Disciplinary Committee gets to sit.

That is Parliament. What about her position as Minister for Children, Gender and Social Protection? Are we still paying her?

Even in state corporations, a staff has the liberty of up to a certain number of days to continue drawing salary in the event of hospitalisation.

After that period, the salary is halved and after a certain period, they are taken off the payroll.

Is Adwoa Safo so irreplaceable and her ministry so unimportant that the whole nation has to wait for as long as she wants to return to that office?

So why is nobody telling us what’s keeping her overseas? She’s paid from our taxes: we have the right to know.