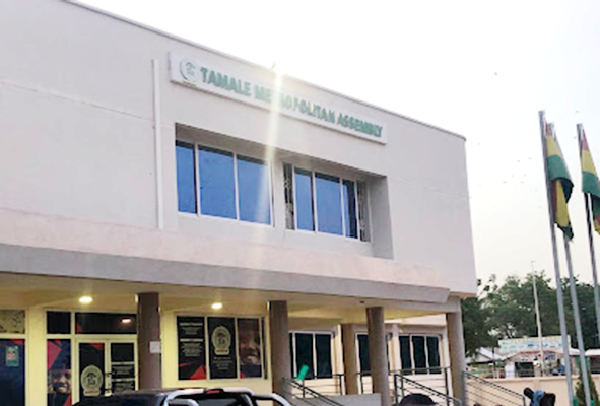 The nomination and confirmation of Sule Salifu as the new Tamale Metropolitan Chief Executive (MC) puts him in a position to meet daunting challenges in a politically complex and ethnically diverse area that demands lot of stealth, discipline and will to succeed.

Unlike his predecessors, we expect Mr Salifu to have a rather short honeymoon in finding a peaceable way of dealing with party supporters and foot soldiers that are currently hovering around him for possible favours, such that he can have the time to discharge his duties on the core mandate of developing the area.

The Metropolis blistering urbanisation, tied with a youth bulge, has brought in its wake, high level of unemployment among the youth with its economic and social consequences.

Tamale is faced with daunting challenges in the management of both solid and liquid waste, water shortages and congestion in the markets.

The sanitation situation in the metropolis is extremely dire with refuse containers unattended and smoke billowing with pungent smell from them.

Seven out of 10 residents are said to defecate in the open, implying that many homes in the metropolis do not have toilet facilities.

The haphazard development, especially in peri-urban settlements, where traditional leaders and landowners were selling lands for various projects, which does not conform to rules and regulations of the assembly, parcels of land were being carved out of existing schemed plots of land for sale to developers.

This situation could lead to conflicts and violence because access routes or roads to some houses were being blocked.

Roads in most of the sprawling suburbs do not befit the status of a metropolis.

They are mostly untarred and dusty; there are no drains to contain the large volumes of water whenever it rains.

The consequences are the gaping erosions, flooded homes and destruction of properties and lives during heavy downpours.

Traffic offences are rampant among the people and some show complete disrespect to the traffic regulations even in the presence of security personnel.

Motorbike riders who at times operate without light at night also use the pavements and bicycle lanes.

Then comes the menace of the auto rickshaws (Yellow-Yellow).

Most of them operate without regard to traffic regulations.

The rickshaw operators, mostly underaged, park anyhow and any place.

They equally move in any direction.

Most of the Traffic and street lighting systems are dysfunctional.

The delay in the completion of the first overpass in the Central Business District (CBD) has also had a huge toll on the already bad traffic situation in the city.

A situation that has also affected business and commerce negatively.

Almost all the major roads in the CBD are now inundated with traders who display their merchandise on the pavements making movement difficult.

On weekends, the sidewalks and parts of the road at the main Taxi round is usually invaded without caution with traders sitting dangerously on the embankments to engage in their trading activities.

Such practices leave people wondering whether the assembly is waiting for a looming danger to befall the traders and pedestrians before they act.

As if that is not enough, the median of some of the roads, especially the Aboabo market stretch, has also become market centres putting the lives of both consumers and vendors in danger.

Another challenge is the scary and alarming rate of drug abuse by the residents, especially the youth.

Almost all the political leadership do not know where the illicit drugs are sold, but none dare to go there.

The consumption rate of drugs such as marijuana and cocaine has been increasing steadily, while the trade in illegal drugs has become rife in almost every part of the metropolis and the target audience has been the youth.

The menace is a smoking gun that has been smouldering in the metropolis for some time now, with duty bearers paying little or no attention to its threat to the peace in the area.

Dagbon has for some time now been healed sufficiently which has impacted positively on the security situation in the metropolis in particular.

However, a disturbing trend that could mar the prevailing peace in the metropolis is the rising spate of illegal acquisition and use of fire arms by some youth gangs, popularly known as ‘Sakawa.’

Even though there would be no shortages of serious issues seeking the attention of the new chief executive, I believe the above challenges, which fixing has always been a story of so near yet so far, need his prompt and careful attention.

If the situation remains the same, the new MCE and his team would have an arduous task of lobbying investors and remarkable industry players into the area.

They would need to work hard to create a good business-friendly climate to convince businesses to relocate to the metropolis.

The writer is with Saha Media Consult