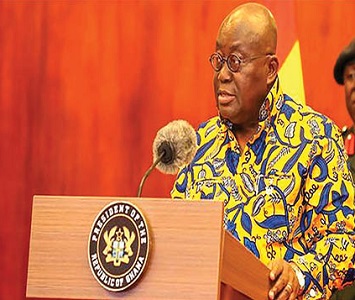 One of the major attributes of African culture is symbolism (Howard, Sarpong & Amankwah, 2012). While indigenes of the continent generally take delight in projecting the uniquely aesthetic features of their culture, the use of colourful African wax prints mostly in West Africa as clothing has always featured as part of the people’s definitive culture.

These cloths do not only depict beautiful and fancy conceptualised designs but also convey symbolic and significant philosophical messages.

According to Young (2016), gaining a full appreciation of the meaning of African wax prints requires an acknowledgement of the cloths’ complete content; not only their beautiful colours and patterns but also the names and meanings that become associated with these designs.

A former District Chief Executive (DCE) (name withheld) from Northern Ghana married an Akan woman at Duayaw Nkwanta in the Bono Region. Per the Akan custom, the parents of the bride receive African wax prints as part of the dowry.

The DCE went to the Kumasi Central Market in person to purchase the cloths. Upon arrival the vendor in a cordial manner asked him the purpose of the purchase to enable her to assist him to make his choices. However, that did not go down well with him because he felt she was being inquisitive. Upon his outrage, she apologised and served him with his preferences.

On the day of the marriage ceremony, the unwrapped fabrics were displayed in plain view. The father-in-law upon seeing the items got upset and called for a complete rejection of the items.

Apparently, the names of the wax prints were so inappropriate for the occasion: one of which was Nsua hunu meaning Empty threat and W’afa me nwa literally meaning you have taken me as cheap as a snail.

At that moment, it dawned on the DCE the reason for which the vendor pried at the time of the purchase.

In the Akan tradition, names given to cloths may commemorate a significant event, Ohene kô Nkran – The King has travelled to Accra, or an important individual, Yaw Donkor, which was the name of an affluent man being the first to have used the cloth. 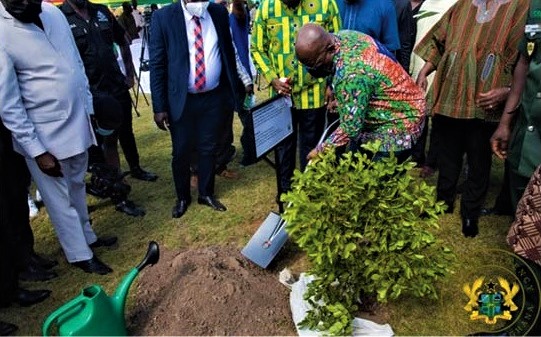 Quite often, these fabric designs also convey an alluded saying or a proverbial expression in part or whole of a proverb such as Sika wo Ntaban — Money has wings.

Interestingly, over the past two decades, especially from the early 2000s, the patronage of African wax prints has gained some considerable momentum.

There has been a general acceptance of these fabrics beyond traditional ceremonies (Dogoe, 2012). Moreover, an initiative such as National Friday Wear policy under the regime of John Agyekum Kufuor, where corporate organisations were encouraged to set aside their Western dress codes for locally made ones from African fabrics triggered a change that brought with it some acceptance of the local fabrics.

Today, the era of cloth communication has seen Ghana’s national identity and cultural heritage being projected and preserved to the extent that President Nana Addo Dankwa Akuffo-Addo has a full directorate, headed by Theresa Addison, in charge of his wardrobe focusing on African prints and outfits.

My intrinsic observation began when I got the opportunity to participate in the President Meets the Press forum at the Jubilee House, commemorating his 100 days in office.

The President was dressed in an African print namely, Ahwene Pa Nkasa, to wit ‘good waist beads do not make noise’. In his primary remarks, the President mentioned that his works in the first 100 days were evident and undisputable.

The directorate in selecting this fabric believed that the President had been able to accomplish so much in his first 100 days in office, but it was not the objective of the President to use the platform to trumpet his achievements to the press, and for that matter, the public. Indeed, that was a clever way of communicating an idea and content to a particular audience who were familiar with symbolism and significance of names of African prints. In fact, I commended the President of his outfit and that somewhat caused the wrath of some Ghanaians.

The Green Ghana Day was introduced by President Akufo-Addo as part of an aggressive national afforestation programme to restore the lost forest cover of Ghana and to contribute to the global effort to mitigate climate change. It was the day to commemorate the planting of the trees and on that occasion, the president wore an African print named Dua Koro Gye Mframa ebu, to wit, one single tree cannot withstand the storm. The name of the fabric, which was boldly written in the print, stressed the overall communication that there was a need to plant more trees to protect the eco-system. 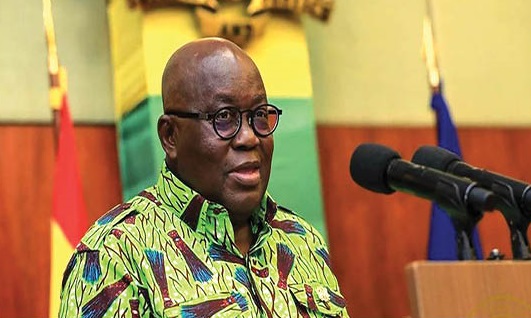 Government’s determined vision to build over 100 hospitals across the country under the “Agenda 111” project received a fierce resistance from the opposition party calling on the government to disclose its source of funding. After securing US$100 million start-up fund through the Ghana Investment Infrastructure Fund for the commencement of works, the president craftily donned another African wax print nicknamed Wonni Sika a, yentwa block meaning, “No money, no building of bricks”, at the sod-cutting ceremony at Trede in the Ashanti Region.

Casting insinuations and aspersions with African wax prints is a common feature in the Ghanaian setting and the choice of fabric was, perhaps, to send a clear message to his opponent that funding was available. 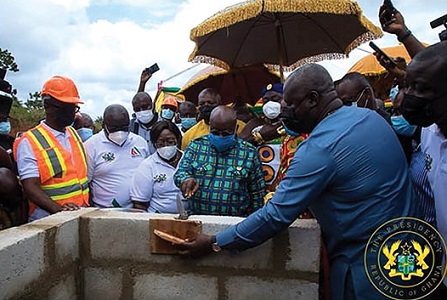 The Dagbon chieftaincy crisis is one chieftaincy dispute that has attracted the attention of every government of Ghana since independence.

In 2003, President Kufuor constituted the Committee of Eminent Chiefs to mediate the Dagbon chieftaincy dispute. During the presentation of progress report by the Committee led by Otumfuo Osei Tutu II at the Jubilee House, the President, Nana Akufo-Addo, was spotted in an African print with the proverbial broom imprint signifying “strength in unity”.

According to Mrs Addison, Director of Cultural Affairs at the Presidency, that particular fabric was carefully selected because a broom was a tool to clear dirt and clean the environment.

Her explanation was in accordance with the African proverb that ‘when broomsticks are tied together, the broom bends but doesn’t break.’

The fabric, therefore, symbolised the visual communication of reinforcing peace, unity and strength among the Dagbon people”.

The novel human coronavirus disease 2019 (COVID-19) was first reported in Wuhan, China, in 2019, and subsequently spread globally to become the fifth documented pandemic since the 1918 flu pandemic.

As at July 2022, there have been 562,672,324 confirmed cases including 6,367,793 deaths, reported to World Health Organisation. The government of Ghana took a bold and swift campaign strategy to constantly update Ghanaians on measures taken against the spread of the virus. In all the 28 televised “Fellow Ghanaians” addresses, the President wore African prints.

By the 10th address Ghanaians had started observing the trend of the meaning into the names of the prints and when he wore “ABC” on the 11th, most of us knew schools would be reopened.

Really and truly, as anticipated, schools were, indeed, reopened.

The wearing of African print by the President in the COVID-19 updates, also, inspired new designs of fabrics by Ghana Textiles Printing (GTP). Fabrics like, “Fellow Ghanaians” and “Lock Down” were produced by GTP.

In an interview with BBC, the Marketing Director of GTP, Mr Stephen Badu said, “We are a business that tells stories, and we tell our stories through our designs. We believe that it is going to leave a mark in the history of the world, and it’s important that generations that come after us get to know that once upon a time, such a phenomenon occurred.” 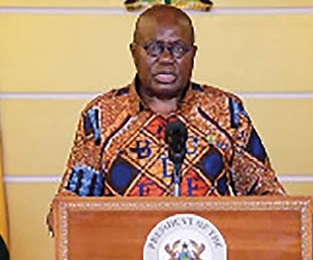 It must be conceded that the era of cloth communication seems to be fast fading away as consumers are seen to be gradually drifting from wearing cloths to casting insinuations or hurling insults to the aesthetic appeal of these fabrics.

Nonetheless, President Nana Addo Dankwa Akufo-Addo continuously and craftily reveals symbolic importance of names of African wax prints, through the Directorate of Cultural Affairs at the presidency, to fortify his communications and integrating culture and diplomacy.