SDGs: A New Vision for the Future 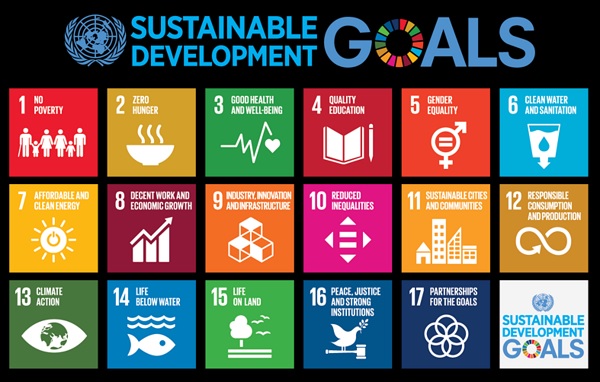 SDGs: A New Vision for the Future
30.5k Shares

WE traditionally reflect during the end-of-year holidays on the consequences of our past behaviour, as well as contemplating the good to achieve in the twelve months ahead. When we set resolutions, we are striving to determine how we can do better in our own lives. Perhaps we could also take the occasion to consider how we might achieve such improvement on a larger scale.

In 2015, the world’s leaders attempted to address the major problems facing mankind by establishing the Sustainable Development Goals(SDGs) – a compilation of 169 targets to be hit by 2030. Every admirable pursuit imaginable made the list: eradicating poverty and disease, stopping war and climate change, protecting biodiversity and improving education.

In 2023, we’re at the halfway point, given the 2016-2030 time-horizon—but we will be far from halfway towards hitting our putative targets. Given current trends, we will achieve them half a century late. What is the primary cause of our failure? Our inability to prioritise. There is little difference between having 169 goals, and having none. We have placed core targets such as the eradication of infant mortality and the provision of basic education on the same footing as well-intentioned but peripheral targets such as boosting recycling and promoting lifestyles in harmony with nature. Trying to do everything at once we risk doing very little at all, as we have for the last seven years.

It is, therefore, long past time to identify and prioritise our most crucial goals. The think tank Copenhagen Consensus, together with several Nobel laureates and more than a hundred leading economists, has done exactly that, identifying where each dollar can do the most good.

We could, for example, truly hasten an end to hunger. Despite great progress over the past decades, more than 800 million people still go without enough food. Careful economic research helps identify ingenious and effective solutions.

Hunger hits hardest in the first thousand days of a child’s life, beginning with conception, and proceeding over the next two years. Children who face a shortage of essential nutrients and vitamins grow more slowly, both physically and intellectually.

We can effectively deliver essential nutrients to pregnant mothers. The provision of a daily multivitamin/mineral supplement costs a bit over $2 per pregnancy. This helps babies’ brains develop better, making them more productive and better paid in adult life. Each dollar spent would deliver an astounding $38 of social benefit. Why would we not first take this path? Because in trying to please everyone, we spend a little on everything, essentially ignoring the most effective solutions.

Consider, as well, what we could accomplish on the education front. The world has finally managed to get most children in school. Unfortunately, the schools are often of low quality, and more than half the children in poor countries cannot read and understand a simple text by the age of ten.

Typically, schools have all 12-year-olds in the same class, although they have very different levels of knowledge. No matter which level the teacher teaches at, many will be lost and others bored.

What would this cost? The shared tablet, charging costs and extra teacher instruction cost about $26 per student, per year. But tripling the rate of learning for just one year makes each student more productive in adulthood, enabling them to generate an additional $1,700 in today’s money.

There’s a resolution, both personal and social. That’s the pathway forward to a better future. Let’s resolve to walk down that road, as we consider the dawning of the new year.

The writers are President of the Copenhagen Consensus and Professor Emeritus at the University of Toronto, respectively.