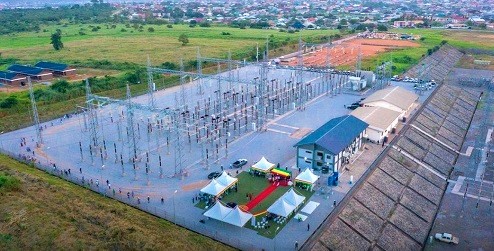 The national conversation in recent times has been around the galloping Ghana Cedi and the galamsey menace. The local currency’s performance is of particular concern because of its impact, not just on the economy in the larger sense, but also on citizens’ day-to-day life, as it directly docks unto the cost of goods and services.

In recent times, literally on a daily basis, I receive a deluge of complaints and tales of frustration from many of my friends and acquaintances about how difficult life is getting by the day, and I am always urged to “tell the President to do something about the situation”.

While, of course, I am always flattered by the notion that I have the President of the republic on speed dial, the fact remains that he would not recognise me if he met me in the street, so I am totally impotent as far as their requests go.

But I understand the frustration, because I also experience the difficulties and pressures that the system has to offer at present.

Indeed, if there is one set of people whose shoes I do not want to wear at present, it is government or party communicators, who find themselves on media platforms every day, defending government’s corner.


Regardless of the situation, some positive news, when it occurs, remains just that, regardless of how much one would want to turn one’s nose up, shrug and mutter “so what?”.

It is quite understandable that when gloomy news is in the air, good news finds it difficult to permeate through the thick, dense fog of public perception.

But facts are facts and they are stubborn facts, particularly when they have to do with our daily grind and basic comforts.

One of the most defining features of the erstwhile Mahama administration was the horrendous power cuts christened ‘dumsor’.

Because ‘dumsor’ affected us all in a deeply personal and intrusive way by making our normal daily lives hell and also led to the collapse of many small businesses, it quickly became a Sword of Damocles over the then government’s head and literally epitomised and aggravated public discontent over everything else to tipping point, contributing significantly to their loss of power in 2016.

Effectively, therefore, the word ‘dumsor’ became a politically dirty word that political leaders have learned to try hard to avoid because of its potency.

But power issues go beyond a particular government’s political survival in office. In the 21st Century, any country that aspires to industrialise as part of her economic agenda and also assure its people of a decent quality of life must necessarily ensure that its citizens have access to stable, efficient, affordable power supply.

Electricity is no longer a luxury, but rather a basic necessity in this day and age and every government must commit itself to working hard to ensure that we achieve universal coverage in this country to spur economic growth.

A political party that fails to grasp this basic fact has no business being, or seeking to be, in government.

Over the weekend, the President commissioned the 330kV Kumasi-Bolgatanga Transmission Line Project at Anwomaso in the Ashanti Region as part of his regional tour currently under way.

The project sought to reinforce the Ghana Transmission System and ensure the export of at least 100 MW to Burkina and increase the reliability of the Ghana – Burkina Interconnection Project.

To achieve this objective, GRIDCo also constructed a 330 kV Transmission line from the Aboadze Power Generation enclave through Prestea to Kumasi.

According to the Ghana Grid Company Ltd (GRIDCo), which oversees the transmission aspect of the power chain, the 330 kV Kumasi-Bolgatanga Transmission Line Project consisted of the following key components:

• the construction of approximately 550km of 330kV Transmission Line from Kumasi to Bolgatanga;

• the construction of 330kV substations at Kumasi, Kintampo, Tamale and Bolgatanga, as well as expansions of the existing 161kV Substations at these locations

• the implementation of Environmental Mitigation Measures and a Resettlement Action Plan for the project.

The Project was financed by the French Development Agency (AFD) at a total cost of USD 173.9 million.

The various components of the Phase II of the project, which involves the construction of the 330kV transmission network in Ghana, were energised on the following dates:

• Construction of the 330/161 kV Kintampo Substation and Extension of 161 kV Kumasi II (Anwomaso) Substation:
The works under the contract was executed by Elecnor S.A. of Spain, and the works were completed and energised in September 2018.

• Construction of 330/161 kV Tamale II (Adubliyili) Substation and Extension of 161 kV Tamale I Substation:
The works under the contract were executed by Eiffage Energies Transport and Distribution and ABB AG Joint Venture of France, and the works were completed and energised in September 2019.

• Construction of 330/161 kV Bolgatanga II (Nayagnia) Substation and Extension of 161 kV Bolgatanga I Substation:
The works under the contract was executed by Sinohydro Corporation Limited of China, and the works have since been energised in September 2018.

All three Lots have been energised into commercial operation.

The projects have been successfully energised and are supplying about 150MW of power to Burkina. It has also increased transmission capacity to meet growing demand in Ashanti, northern Ghana and beyond.

The projects have also contributed to the reduction of transmission line overloads and associated high transmission losses and improved voltages particularly in Ashanti, Bono and Bono East regions.

The 330kV transmission lines have also helped to improve the quality and reliability of electricity supply in the country.

Already, the Kasoa and Pokuase Bulk Supply Points (BSPs) have been brought on stream to help stabilise power supply to their respective enclaves.

In addition to this is the Tema to Accra transmission line upgrade project to accommodate an increase from 161KV capacity to 330KV capacity.

In power generation, transmission and distribution, a great deal of work is ongoing to ensure a robust infrastructure fit for purpose, under the tenacious leadership of Energy Minister and Manhyia South MP, Dr Matthew Opoku Prempeh.

These hard, stubborn facts are significant and positive, and I believe the sector has a positive future.

In our current economic challenges, some may choose to dismiss them. That is fine. However, as they say, facts are sacred, but comments are free.