Rwanda; the Singapore of Africa 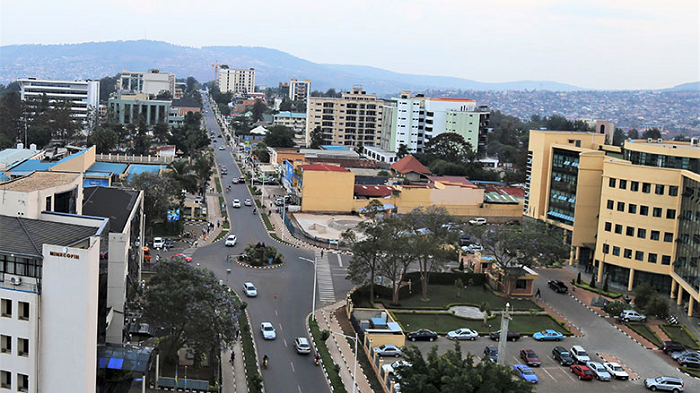 argument that democracy brings forth development or development brings forth democracy is one that will continue to rest on our table of discourse in a long spell of time. Singapore, an Island country in Southeast Asia has over the years grown to adopt its own system that has perfectly worked and has defied the self-acclaimed standards of governance in the world. In the US of Independence, it was stated that “Life, liberty and the pursuit of happiness are fundamental, unalienable rights of all human beings-endowed to us by our creator.” This declaration has to be the basis for governance in a world where the rights and freedoms of people are ; and the fundamental principle of democracy.

Nevertheless, Lee Kuan Yew, the first Prime Minister of Singapore watered down this principle to adopt a system that limited the rights and freedoms of citizens to their collective prosperity. His institutional strict rules, intolerance of political opponent and sturdy leadership were among the few that he espoused to achieve his goal of making Singapore an economic Tiger in Asia. Though his approach was alien to the principles of democracy, today Singapore is a living testimony to ascertain that there are no constant metrics development and democracy. One must adopt what works at a specific moment and should be poised for change when the need arises. And it’s disastrous for a country to copy the system of another because political and economic parameters do not spin on a motionless wheel.

Rwanda, a country of magical beauty tucked away in the heart of Africa is gradually growing to become the Singapore of Africa by adopting its own system for their collective prosperity. The story of Rwanda is one that comes with so much nemesis. After suffering an ugly streak of genocide one would have thought that it will take a divine decree to get her apps together, however, Rwanda is transforming at a supersonic speed. The secret behind the astronomic transformation of Rwanda is not embedded in any mystical powers but a good leadership that has adopted a system to inure to the collective prosperity of Rwandans. Today, Rwanda has one of the fastest growing in Africa with a rapid improvement in livelihood.

Over the past years, government has taken cutthroat decisions that many African countries may not have the courage to take. Rwanda is one of the few countries in the world that has banned the importation and production of plastics. In Ghana and many other African countries, plastics contribute largely to poor sanitation and poses a big threat to the environment. However, many African leaders lack the political will to ban or control the production and importation of plastics, something Rwanda has done with ease. Today, Kigali, the capital city of Rwanda is one of the cleanest cities in Africa. Again, Rwanda has also banned the importation of clothes against the interest of developed countries like the US. Nevertheless, Rwanda is braced not to reverse the ban, a decision that some countries are unable to take due to the benefits accrued under the African Growth and Opportunity Act, (AGOA). Recently the Rwanda Development Board signed a sponsoring deal with the Arsenal Football Club. Despite the chorus of critics by her donor countries like the Belgium and Britain against the deal, the Rwanda Development Board argued that the deal was signed as a means to advertise the Rwandans tourism sector. These and many other stringent decisions are among the factors that making Rwanda a great nation.

Rwanda’s development may seem to strive on four parameters: The leadership of the state, the character of the state, the efficiency of state institutions, and the attitude of citizens towards the state. The leadership of the state includes the vision of the head of state, his integrity, legitimacy and the ability to amass the support of the citizens irrespective of their political and tribal lineage. Rwanda’s genocide was caused by the knifelike tribal divergence between the Hutu and Tutsi. Nevertheless, Paul Kagame’s leadership has the two tribes for the collective prosperity of Rwanda over the past years. These and many other factors have earned him the support and legitimacy of his citizens: a conduit to development. His integrity and legitimacy contributed to the overwhelming support of the amendment of constitution to extend his term of office. A decision that many regarded as democratically extrinsic and power drunk.
The integrity of a president is measured by his ability to be firmed thus live by his words and taking nonpartisan decisions that will inure to the benefit of the people which Paul Kagame has always demonstrated.

The character of the state stems from the ability of the state to hold onto it sovereignty without external influence. A self-reliant country has a high propensity of sovereignty than an economically dependent country. Most economic aids from developed countries and financial institutions like the IMF and World Bank come with conditions that to undermine the sovereignty of the recipient countries. It is in this light that Paul Kagame is taking painstaking decisions to build an economically dependent country by boosting local production.

One may wonder why Rwanda, a country that had its obituary written by many scholars in the 90’s is making significant strives within time. Paul Kagame’s style of leadership which seeks to pursue collective prosperity against individualism and moribund-like of democracy is yielding results; a leadership style that is akin to Lee Kuan Yew of Singapore. It’s therefore not surprising that Rwanda is growing to become the Singapore of Africa. Nevertheless, the respect for human rights should never be exchanged for development and our democracy should not be placed on a stagnant swirl. Africans must adopt that which works for us and not that of the interest of selfish super-power countries.