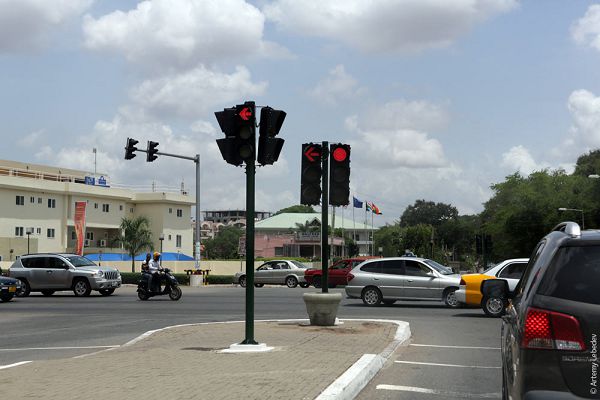 Over the last weekend of August 2021, I had a feel of what those who live around Prampram, Dawhenya and Tema Community-25 experience on a daily basis when commuting the short distance between the Tema-Motorway-Interchange and the Prampram-Junction.

The one hour it took me to cover the 18km stretch both ways on my outbound trip to Keta on Friday and on my return to Accra on Monday was considered very good by frequent travellers on that route. It takes two hours at times, they said.

On one occasion, it took my “Manager,” (Mrs Frimpong) three hours from the Prampram-Junction to the Motorway-Interchange on her way back home from a funeral.

The question is, why should it take over an hour to travel 18km? Indiscipline!

Before describing the indiscipline I saw at work, I will share the experience of a friend on that same Friday, August 27, 2021

She eventually got to Ada at 3 p.m. after being caught in a traffic gridlock between the Tema-Motorway-Interchange and Prampram-Junction for hours.

Frustrated, Auntie spent only an hour at Ada. Setting off at 4p.m., she arrived at Tema at 10p.m. after six hours, as would have taken her to fly from Accra to London!

Justifiably upset, Auntie swore never to do a return trip to Ada again!

The French philosopher Voltaire said, “Man is rational in that he can think, not in that, he thinks.”

The two choke-points are the crossroad at the Kpone-Junction/Kpone-Barrier and the Prampram-Junction.

Here, all known norms of human decency, respect and commonsense are thrown overboard. Animalistic aggressiveness takes over with four or more lanes created as road shoulders are converted into roads.

I am told the only time order prevails is when the police are there. Elsewhere in other jurisdictions, traffic flows without the police always directly intervening. So, what is wrong with us?

The question is, why have traffic-lights not been installed at this important Kpone-Barrier crossroad all these years?

Obviously, the police cannot be there all the time to control human indiscipline. With Accra expanding eastwards to Prampram and beyond, for how long should we depend on the police to check our indiscipline?

In any case, the road heading east from the Motorway-Aflao-Togo is part of the Trans-West-African-Highway! So, why do we blatantly advertise indiscipline to foreigners?

Incidentally, the situation is no better west of Accra from Kasoa to Winneba!

John Dryden, the first English poet-laureate appointed in 1668 by King Charles II after Oliver Cromwell executed his father King Charles I in 1648 said, “But far numerous was the herd of such, who think too little, who talk too much!”

Is ours a case of too much talking and too little thinking/doing, as Dryden said? Some sardonically call it “NATO,” (No Action, Talk Only).

Otherwise, how come anytime there is a major accident as occurred at Dompoase, Komenda-Junction with 35 deaths in January 2020, state officials troop there and make promises to “dualise” all trunk-roads in Ghana (like the Motorway in 1965), only to wait for another accident to make the same pronouncement?

While the Ministry of Roads-and-Highways cannot solve all highway problems at once, please consider urgently the installation of traffic-lights at the Kpone-Junction, as a free flow of traffic will have a multiplier effect on traffic from Accra- Motorway Interchange-Tema- Ada-Aflao.

Another choke point which is long overdue for traffic-lights is the Nungua-Barrier/Junction-Mall crossroad.

As far back as 1965, the Accra-Tema-Motorway was built by President Nkrumah as a prototype to be replicated initially for the “Golden Triangle” of Accra, Kumasi and Sekondi-Takoradi.

After over 50 years use with little maintenance, it is now a death-trap.

In August 2021, two MPs were involved in road-traffic-accidents. Showing no sympathy whatsoever, some Ghanaians angrily stated rather uncharitably that, it was a travesty of justice that they survived, considering how little they in authority care about the thousands of Ghanaians who die annually in road traffic accidents.

No wonder how disappointed Ghanaians feel about uncaring authorities! Remember John Dryden’s quote, “beware the fury of a patient man!”

Finally, while drivers must drive with commonsense, where is the National Road-Safety Authority in light of the carnage on our roads? Remember the saying “a stitch in time saves nine!”