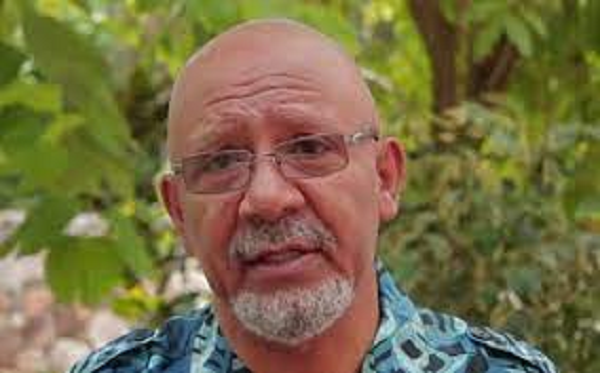 When Rev. W.T. Balmer arrived in the Gold Coast in 1907 from Fourah Bay College (Freetown, Sierra Leone), the anticipation was that here finally was a European principal to help the fledgling Mfantsipim School.

He was expected to satisfy the wishes of the people of Cape Coast who craved an European to elevate the fortunes of their children through education.

The reverend realised that his first task was to break himself into the culture of the area.

His own success with education in the Gold Coast and the pupils’ advancement depended on two unique things: first, his understanding of the local language and second, knowledge of the history of the people.

Use of local language

He set about to learn and speak Fante and used the medium to teach the language itself as a complete subject.

Further, he used Fante to teach the other subjects in the curriculum. The more the local citizens themselves took the essence of their own language for granted, the more purposefully Rev. Balmer embraced it for instructional purposes and confidence building in the youth.

He saw as a defect “the too slavish imitation of things English and, above all, the neglect of the natural medium of instruction, the native tongue.”

He added, “It is astonishing to think that educationists ever deprecated the use of the vernacular.”

He did not intend to teach from some newly imported resources. There was already the known universe of local languages and history.

His genius was the ability to think laterally and leverage the known to develop the appropriate instructional materials for his pupils.

The Fante language helped him to understand the culture and the history of the people which resulted in the chapters for his book, “A history of the Akan peoples of the Gold Coast”.

The book traced the nation to the old empire of Ghana decades before her independence in 1957. He taught history from scratch from his own findings, and eventually got the Atlantis Press in 1925 to publish the book which he dedicated “To the pupils past and present of Mfantsipim School” when he retired.

For the new principal, the commitment was not to teach his pupils to be grand Europeans but rather to be great Africans.

He said, “Those who would lead Africa to a worthy life and mode of expressing that life, must find some positive spiritual principle.

Here is the task.” When the reverend cautioned the indigenes not “to sin against the spirit within”, he wasn’t talking about the Ten Commandments.

He was intimating that there was but one cause of human failure and that was the lack of faith in one’s true self.

In their ideals and teachings, Rev. Balmer and Ephraim Amu (1899 – 1995) were symbolically spiritual cousins.

Their standards seemed to glow from the same page in growing a proud African personality.

Like some mindful leaders such as Kwame Nkrumah and Julius Nyerere, they detested the idea of the African reduced to crude caricatures of the European.

Without a core from which an inner pride radiated, the colonial African lived half a life, while the other half haunted itself until it was finally liberated and hitched to the twin half to make the whole complete.

He reached the heart of that troubling inconsistency: that is, the warped desire to be something that one must not need to be. His chief purpose was to emancipate the Gold Coast youth.

To both Rev. Balmer and Amu, the obvious things are the most easily forgotten: that humans have souls, and no increases in material vanity would compensate the African for compromises that diluted the essence of one’s being.

He saw those unquestioned trappings as harmful. It hurt them both that the so-called educated - mesmerised by flattery and second class imitations - lacked the focus to bring out the best of Africa.

Rev. Balmer noticed that the Gold Coast needed “real teachers in sufficient numbers”. He realised that quality education was “faced with a situation in which there was little or no time to think, and the process became mechanical”.

Rev. Balmer titled his last chapter “The Gates of the Future”, with the following parable:

“The characteristic tree of Africa is the palm, a tree which needs sunlight to come to fruition. In the past, most of these trees have had to climb high in order to reach the unobstructed air and light because of the dense undergrowth about their roots and stems.

By the time it has reached the light it has become weak and unstable, covered with parasites; and the labour of harvesting the fruit has often been so great as to make the harvest hardly worth the trouble.

The life of those who lived on the fruit has been, in consequence, kept mean and poor.

“But now it is found that if the ground around the palm is kept clean and free from undergrowth the tree grows sturdy and strong, the leaves attain the light earlier, and the fruit is more easily and economically reached. Then tree, fruit and farmer are the better.”

“Is there not here a parable?” Rev. Balmer asked. He said, “Let all undergrowth of superstition and suspicion be cleared away so that the African character may grow in the clear sunlight of truth and sincerity.

Then the fruits of African life will become more worthy and of more value than all her gold and merchandise.”

In concluding his book, he suggested what a positive spiritual principle should be. He said, “those who would lead Africa should be eager to serve.

True leaders are not those who ask first that assured positions of authority be found for them. They rather create opportunities for work, being guided by the significant needs of their day ...Then to them will the gates of possibility open, giving entrance to a fair inheritance.”