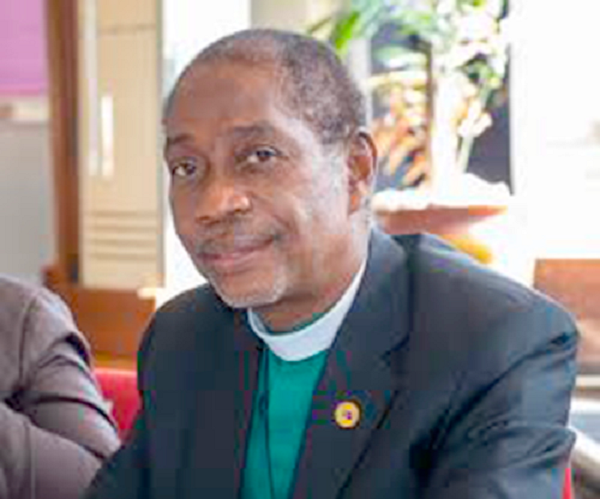 A recommendation was put forward for the BECE grading structure to be migrated from the NRT to the CRT system.

Or, both systems could be employed side-by-side for SHS selection purposes as well as formative, summative and policymaking undertakings.

To support this new system, the West African Examinations Council (WAEC) would need to increase its resources and well-position itself to effect the change from NRT to CRT at the junior high school (JHS) level.

That notwithstanding, the call for creation of a rival examining body to compete with WAEC is neither here nor there.

After all, many countries in Europe and Asia, which are considered academically well-performing, have only one examining body.

Rather, what is needed is retooling of WAEC and timeous release of funds from the government to enable them to function optimally.

There is also the need for amendment of the WAEC Law to introduce harsher punitive sentences to make the thriving examination malpractice enterprise less lucrative and more dangerous to venture in.

Currently, the sentences are nowhere near being deterrent.

As highly inadvisable and unnecessary as it is, should the government of Ghana opt to create a rival examining body, it should bear in mind the consequences which come with that decision.

Firstly, the level of education will dip since the bodies may find it extremely difficult to resist the temptation of lowering standards to attract more patronage to beat the competition.

Secondly, with a rival examining body, the government may have to brace itself to grapple with a multiplicity of examination crimes and a more complex form of them since the challenges experienced with WAEC are generally common to all examining bodies world over, even to those in the advanced countries.

I say this based on my long experience in the educational assessment industry and in collaborating with examining bodies in more than two dozen countries across the world, not excluding those in top European countries and America.

Therefore, I find it laughable when people point to Europe and America as though they conduct their examinations for “angels”, or their systems are foolproof.

As we will say in our local parlance, “Nowhere cool!”. And when they face the challenges, which we see here, they also apply the same remedies that WAEC applies.

Now, since Ghana is a signatory to the WAEC Convention and hosts the Headquarters of the organisation, forming a rival examining body means stretching its scarce resources to fund the new body and the overarching agency, as well as fulfilling its obligations to WAEC.

Howbeit, creating a rival examining body is no guarantee that things would change for the better if the attitude of the Ghanaian towards examination malpractice remains the same.

The truth is that the time has come to re-fabricate the moral fibre of our society instead of giving WAEC a bad name and hanging it!

With two examining bodies, for instance, should there be challenges with the test conduct of both bodies, it would yield a plethora of complicated criminalities, which may overwhelm our security agencies which are already overburdened.

One African country which experimented with rival examining bodies is yet to come out of the conundrum created.

Also, the argument of forming an overarching agency to regulate the operations of a multiplicity of examining bodies in the country is not smart.

This is because the proponents appear oblivious of the huge capital and administrative expenditure, the human resource demands and the legal implications that surface with that policy.

Instructively, during discussions in which I participated on this issue at an education conference in Cambridge, the conclusion was that a multiplicity of examining bodies with an overarching regulatory structure was a messy policy.

As such, this kind of education policy design must be avoided.

Thus, what is needed is not a rival examining body in Ghana, but rather an empowerment of WAEC and further modernisation of its systems to meet the demands of the current era.

There is no gainsaying WAEC has the capability and professionalism to handle the educational measurement demands of any new curriculum.

Nonetheless, it may need a refresh of its security measures and further support from the government, and the goodwill of the general populace to operate.

In the modernisation of its systems, WAEC could consider the use of parallel objective and essay papers in the same examination to circumvent collusion and make it more difficult for rogues to compromise the papers.

Regarding empowerment, WAEC should be given the authority to prosecute its own criminal cases in court.

This is because state prosecutors seem to lack understanding of the procedures and regulations of WAEC.

Consequently, they often mess up the cases, or handle them with little interest and end up with the culprits being fined “peanuts” which are non-deterrent or they being discharged for lack of interest in the case.

The culprits then walk away with impunity only to indulge in the criminality again.

This has emboldened some of them to perpetrate examination malpractice through the establishment of rogue websites and peddling of fake examination question papers, and have succeed in duping unsuspecting candidates and parents.

Unfortunately, the activities of these scammers create the wrong impression that WAEC papers always leak.

The question that one may ask is: are the security agencies which have the machinery and mandate to investigate and arrest not aware of the operations of these exam scammers?

Why have they not done anything to halt the activities of the scammers but have left the fight for WAEC alone?

I also find it worrying when persons who have no attested expertise in educational measurement use the media to throw half-truths at the public and generate disaffection for the organisation just so that they would gain cheap popularity for themselves.

By so doing, they whip up hostile sentiments against WAEC, playing along with the fact that bad news sells better than good ones.

It is about time we saw WAEC as a national asset and assisted in preserving it.

In an era where nations are congregating into blocks such as the EU, and even ECOWAS, to maximise their gains, one would wonder why we want to destroy what we already have in place.

To date, East African countries lament their failure to hold their regional examining body together.

Now they wish they could turn back the clock to keep themselves together, to raise the sanctity of their examinations through peer review as WAEC does, and to add to the integrity of their educational certificates.

It would be sad if we fail to learn from their mistake. I must state emphatically that in the international educational assessment arena, WAEC is very much respected.

So, the case of WAEC compares favourably with the pronouncement of the one who said, “A prophet is not without honour, except in his own country and among his own kinsmen”.

Let us, therefore, tread cautiously, for “Had I known is always at last!”

In conclusion, I will call upon the powers that be to give support to WAEC to meet the demands of this rapidly changing technological era.

Yet, the era encompasses a generation in which crime is on the ascendancy and has assumed sophisticated character.

Let us preserve WAEC and encourage them to continue with their good work, but do things differently to achieve the better results we expect.

The writer is a Chaplain/Lecturer, Methodist University College, Accra and former Head of National office, WAEC