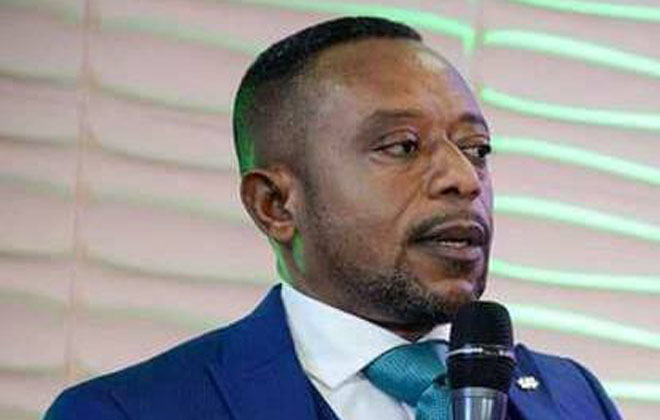 The high drama surrounding the recent arrest, denial of bail and then grant of bail to the rather colourful and sometimes controversial Prophet Owusu Bempah of the Glorious Word Power Ministries International created quite a stir in the national media headlines, and rightly so, given his profile.

Of course, arrests take place in the land all the time but not all arrests are equal. The arguments raged back and forth, yet losing sight on both sides of very important issues.

In this saga, my primary concern and interest lie not in the specifics of the prophet’s case, but on the whole subject of bail in our constitutional dispensation, which I think needs not only addressing but also a fundamental mind shift.

In an article on www.ghanalawhub.com dated December 3, 2018, and titled: “Bail in Ghana Today”, Ms Prudence Batinge states that “In Ghana, three types of bail applications are available to an accused person. The first is police enquiry bail which is granted by the police pursuant to their investigation.

“Thus if the police fail to release the accused, the police are mandated to bring the accused before a court within 48 hours after his arrest or detention.

“The second type is bail pending trial. It is granted at any time during the trial. An oral or written application may be made to the court for consideration or the court could grant it on its own motion.

“The third type of bail is bail pending appeal. It is worth noting that bail is free and the amount stated in the bail bond may only be enforced when the accused fails to appear to stand trial.”

I think there is a fundamental misunderstanding of how the bail process works and what purpose it serves. Over the years, bail has been abused as a tool for teaching people a lesson or to ‘show them where power lies’.

This takes various forms, whether it is a person strategically causing the arrest of another person just before 6pm on a Friday evening, with the proviso that bail cannot be granted on weekends, ridiculously charging them with a so-called non-bailable offence (which has been scrapped since the case of Kpebu v Attorney-General in 2018, meaning all offences are now bailable) or a request by the police in court for more time on remand to enable police conclude their investigations, often with excuse after excuse during court hearings, including the docket being with the Attorney-General’s Department awaiting advice, the docket being lost, and the Prosecutor on transfer or indisposed, among others.

All this while, the suspect, who by law is presumed innocent until proven guilty, languishes in a fetid cell and may end up spending more time there than the maximum sentence permitted by law for the offence the suspect was charged with in the first place. This is unconscionable.

In May this year, it was reported by www.graphiconline.com that under a Justice for All initiative by the Ministry of Justice, 830 remand prisoners were discharged between 2007 and 2019 under the Justice for All Programme.

This figure represents 18.72 per cent of the 4,435 remand prisoners who appeared before the court sittings which were held in the Akuse Male Prison, Sekondi Central Prison and the Koforidua Local Prisons. According to statistics by the Ghana Prisons Service (GPS), 1,571 prisoners were granted bail while 171 of them were convicted.

With the remaining 1,863 cases, many were dismissed while a few others were also referred to the psychiatric hospital.

This says a lot about our criminal justice system because they should not have been clogging the prison system in the first place.

My particular angst on this question of bail is where remand seems to be the answer to the state’s delay in concluding its investigations and either bringing charges or dropping them. An individual’s liberty is fundamental and is guaranteed by the Constitution.

It cannot, and must not, be sacrificed on the prosecution’s delay in concluding its investigations. The fundamental liberty of a citizen, coupled with a presumption of his innocence until proven guilty, means that the default position of the consideration of bail is that the detainee is entitled to it as a matter of right unless there is a good reason not to grant it.

As Ms Batinge correctly states in her article, “in considering applications for bail, the courts, over the years, have been guided by the provisions of section 96 of Act 30…section 96(4) of Act 30 instructs the courts not to refuse bail merely as a form of punishment.

“However, Section 96(5) empowers the court to refuse bail, if the court is satisfied that the accused may not appear to stand trial or may interfere with any witness or evidence or hamper the investigations of the police in any way.

“The court may also refuse bail, if the accused is likely to commit a further offence on bail or the offence the accused is charged with was committed while on bail and the punishment exceeds six months imprisonment.”

Nowhere do I read of police requiring more time for investigations as a justifiable excuse for remanding the suspect.

Indeed if the police are yet to conclude their investigations, it is within their rights to grant a police enquiry bail while they do just that, unless of course they have good reason to believe the suspect needs to be detained further for s. 96(5) reasons, in which case they must head to court.

In the absence of any evidence that he would abscond or interfere with investigations or hamper the police investigation, the circuit court, in my view, was wrong to refuse to grant bail to Prophet Owusu Bempah, and the high court made the right decision to grant him same, subject, of course, to conditions.

The reality, however, is that he was able to afford lawyers to fight his case in the high court. Many poor cassava and goat theft suspects equally deserve bail, but of course they are too poor to be able to fight the system and they are lost and forgotten in its bowels.

That is tragic. We must do better as a state to fight the corner of the poor.