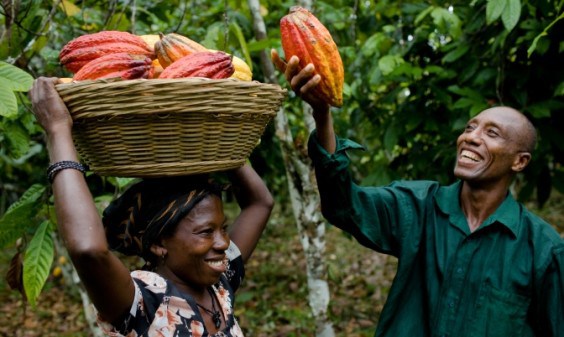 Ghana is a key leader in the world cocoa market. According to history, cocoa was first brought to Ghana by Tetteh Quarshie from Fernando Po in 1879. Ghana and Cote d’Ivoire provide about 50 per cent of the world’s cocoa supply. The cash crop is of high value as the export of cocoa fetches the country foreign exchange.

Revenues from the exportation of cocoa are used to provide social amenities such as roads, hospitals, schools etc. and equally contribute to national development.
Cocoa farmers experience extreme poverty in West Africa, amid the immense contribution to the development of the country and the sub-region. Cocoa Barometer (2015) posits that farmers in Ghana earn about 85 cents a day, and Ivorian farmers, 50 cents.

As farmers are contributors to Ghana’s cocoa success story, how do we ensure that farmers enjoy much more from the fruit of their labour?

The contribution of farmers

Cocoa is a perennial crop, requiring enormous attention and care, from nursery through cultivation to harvesting. In all these processes, the farmer dedicates skills, labour, time etc.to ensure that the crop is in good condition.

The Government of Ghana has been instrumental in improving the living conditions of cocoa farmers through various policy interventions. It is worth noting that the efforts of farmers have been boosted through policies from the central government geared towards enhancing the cultivation of the crop.

The government has implemented the mass spraying policy; a service through which cocoa farmers have their crops sprayed under the Cocoa Fertiliser Programme to boost production.

The Ghana Cocoa Board (COCOBOD) has also instituted the Cocoa Farmers Scholarship Scheme for children of cocoa farmers to be able to get education in high schools. Other roads have been rehabilitated under the Cocoa Roads Improvement Programme.

Other benefits to farmers have been in the areas of health, infrastructure and other interventions.

The interventions outlined may not directly translate into better standards of living of cocoa farmers. Farmers are paid the basic income of raw cocoa seeds (GH¢ 475 per kilo bag of beans). Farmers are disadvantaged because the produce in its raw state has less value compared to the finished product.

Secondly, farmers are mostly at the receiving end with the fluctuation and price volatility of the cocoa price on the world market. As the prices of cocoa fall on the international market, the burden is pushed onto the farmer, reducing his/her income amid a Price Stabilisation Fund established by COCOBOD.

As farmers work throughout the years, they are most vulnerable in times of old age. This is because the incomes earned over time may have been spent on the upkeep of their families.

In this regard, there have been calls by cocoa farmers in Ghana on the government to institute a pension scheme to manage contributions towards a secure future. This menace threatens the sustainability of cocoa farming in Ghana.

Young farmers are not replacing the old ones, as the youth are not encouraged to venture into cocoa cultivation. Other serious repercussions include the trading off of cocoa farms for illegal small-scale mining (galamsey).

A farmer in Wassa Amenfi East District in the Central Region, sells his cocoa farmland for GH¢ 30,000 (USD 6833.85) as “the 'golden pod' - cocoa - no longer provides economic returns worth their time and energy.”

The burden of nation building has been put on the shoulders of the central government to deliver on the country’s development agenda. However, the contribution of the private sector has proven to be a massive conduit to achieving growth.

The private sector has demonstrated achievements and results in professional fields in serving the interest of consumers and delivering on attainable goals and targets.

An instituted pension scheme for farmers will not only take care of cocoa farmers after 60 years, but it will guarantee the sustainability of cocoa production as the youth will be attracted to continue the cocoa legacy and pride.

The time is now, for us all to galvanise momentum in supporting private sector endeavours in contributing to pensions for cocoa farmers in Ghana.

In conclusion, the contributions of cocoa production to Ghana’s economy has been phenomenal. In order to complement and reward the efforts of cocoa farmers, there is the need to institute interventions, including pension schemes, that will contribute to guaranteeing the sustainability of the commodity and ensure continuous contribution to national development.

The writer is a communications professional at Wienco Ghana Limited/Cocoa Abrabopa Pensions Scheme. Email: This email address is being protected from spambots. You need JavaScript enabled to view it.