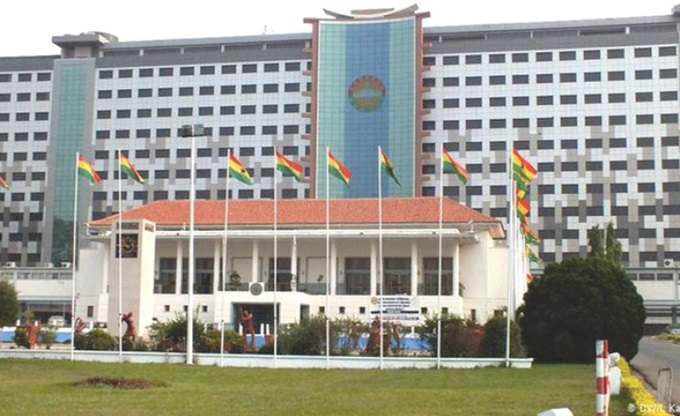 Parliaments have been globally identified as the fulcrum around which functional democracies and effective governance revolve. As the Arm of Government that performs the triangular functions of making laws, overseeing the executive branch, and representing the people, parliaments are designed with the goal of providing the counterbalance needed to offset executive dominance.

Ghana’s Parliament was not established to be any different. As the most representative of the three branches of government, and the one closest to the people, many have questioned if it has lived to that expectation.

Under the Fourth Republican dispensation, and cruising on the wings of the country’s most enduring Constitution (1992), eight Parliaments have been assembled since January 1993. Opinion is divided on which of these eight have been the best performing.

The current Eighth Parliament, which is by far the most intriguing of them all, has the two dominant political parties in the country holding equal number of seats in the 275-member Chamber, with the only extra seat held by an independent Member of Parliament (MP) who caucuses with the ruling New Patriotic Party’s (NPP) side of the aisle, thereby making it a narrow majority group.

Conversely and in an unprecedented manner, the Speaker of the current Parliament, who is the Head of this co-equal Legislative Arm of Government, is a member of the other dominant political party – the National Democratic Congress (NDC) – that makes up the minority group in the House.

Framers of the 1992 Constitution designed the kind of parliamentary system the country operates, having considered many historical episodes since our post-colonial era. For example, the quest to avoid the reoccurrence of a situation under the 1969 Constitution where the ruling Progress Party (PP) was constrained by the constitutional provision requiring that all ministers be selected from Parliament, resulting in a ministerial team that could not be described as inclusive and had negative political consequences for the PP.

These unintended consequences partly influenced the decision not to have all ministers appointed from Parliament. Also, the difficult relationship between President Hilla Limann and the Parliament of the Third Republic under the 1979 Constitution, which led to a vote to reject President Limann’s initial Budget submission, informed the current constitutional arrangement to appoint the majority of ministers from among MPs.

These have produced a uniquely Ghanaian hybrid system of Government, with elements of both presidential and parliamentary systems. Both the President and Parliamentarians are popularly elected to four-year terms of office which run concurrently, with the functions of each branch of government clearly spelt out in the Constitution.

Article 93 of the 1992 Constitution vests the legislative power of Ghana in Parliament, thereby enabling it to participate in the formulation of national policies. It also gave it huge oversight responsibilities, including the power to authorise the spending of government; approve or disapprove public expenditure, grants, loans and the national budget.

Parliament also has the power to authorise the imposition of taxes, in that government is unable to collect any money from the citizenry without parliamentary endorsement. The recent brouhaha around the Electronic Transfer Levy (E-levy) law is a classic example of this function of Parliament.

Additionally, Article 103 provides for the formation of standing committees and other committees which shall, among others, investigate and inquire “into the activities and administration of ministries and departments as Parliament may determine; and such investigations and inquiries extend to proposals for legislation.” To make these powers and functions meaningful, the committees are given certain procedural powers akin to the High Court.

The Constitution also equips Parliament with political power that it may use to back its oversight responsibilities. These include the power to remove the President or Vice-President from office, and to pass vote of censure on ministers.

Parliamentarians as representatives of the people have various tools at their disposal to bring the concerns of their constituents to the attention of duty-bearers. These include presenting Statements on the floor of Parliament, debating issues of public concern and subjecting Ministers to Parliamentary Questions.

In the face of these huge oversight responsibilities, the Constitution adorned Parliament with lots of power to carry them out. For example, Parliament has the power to determine its own procedure and agenda, subject only to the Constitution. Neither the President nor the Courts may interfere with the internal affairs of Parliament, as the Legislature enjoys a wide scope of immunity, including from court processes in line with freedom of speech and of proceedings.

The question remains whether Parliament has meaningfully reaffirmed its role as the guardian of the nation’s democracy and contributed to effective governance. A Colloquium recently organised by the Ghana School of Law Class of 2002 to mark their 20th Anniversary after being called to the Bar, explored the challenges, prospects and recommendations towards getting Parliament to assert itself as a countervailing force for effective governance.

The main speakers at that event were three members of the Class: the Minority Leader in Parliament and MP for Tamale South, Haruna Iddrisu ; Deputy Attorney-General and Deputy Minister for Justice, Alfred Tuah-Yeboah;and a private legal practitioner,Victoria Barth

The Chairman of the National Media Commission and a member of the Class, Yaw Boadu-Ayeboafoh, moderated the Colloquium.

Although the 1992 Constitution provided wide powers to Parliament, it is considered to have also limited the institution in many ways. For instance, whereas legislative power is vested in Parliament, Article 108 imposes some restrictions in the area of tax legislation and laws that have financial implications on the Consolidated Fund.