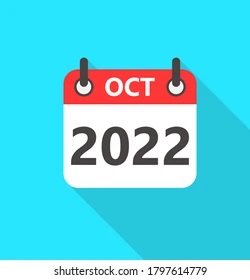 I am not sure which word appropriately describes how the month of October 2022 so adversely impacted my pocket, or in the English I hear on radio or TV these days, impacted my “domestic-economic-ecosystem,” or my “financial-management-architecture!”

So, while acknowledging that I belong to the endangered species of 3.21 per cent of Ghana’s 30.8 million population with life-expectancy averaging 64.3 years, I try not to be left behind as a “BBC,” that is, “Born-Before-Computer,” a term used to deride my generation on account of our difficulty in navigating our way on mobile phones!

Like my Paratroop-Jumping-Instructor (PJI) friend Kwame doing a free-fall at the Airborne Force in Tamale, the cedi plummeted at dizzying speeds in October, reportedly overtaking the Sri Lankan rupee as the worst-performing currency in the world.

Prices increased daily at home as negotiations continued with the IMF in Washington DC.


Earlier on the international front, I concluded a September 2022 article titled “Kwasi Kwarteng: New Chancellor of the Exchequer,” with these words: “To Kwasi Kwarteng and William Ruto, we say well done and congratulations. We wish you God’s blessings in your new role in service “for God and country” and humanity!” My good wishes were short-lived!

On Thursday, October 13, 2022, Kwasi Kwarteng was hurriedly summoned back to London from Washington DC while attending the IMF’s annual meeting. On arrival in the morning of Friday, October 14, 2022 after an overnight flight, Kwarteng was sacked as the Chancellor of the Exchequer by PM Liz Truss.

Interestingly, on October 20, 2022, Liz Truss announced her resignation as the leader of the Conservative Tory Party, but held on as PM until Rishi Sunak was sworn in on October 25, 2022.

Was it a case of it ending before it started? HR Rewired Ltd, described as a “niche advisory firm which partners with companies ready to take intentional steps to advance racial equity in the workplace” used the term “Glass-cliff” in analysing the Truss/Kwarteng situation.

In 2005, researchers Dr Michelle Ryan, a professor in Social Psychology at Exeter University, and Australian Psychology Professor, Alexander Haslam, coined the term ‘glass-cliff’ to describe a tendency they had observed, where women were deliberately appointed to leadership positions in failing ventures.

‘Glass-cliff’ was further explained as referring to a situation where women were or are promoted to higher positions during times of crisis or duress, or during recession, where the chances of failure are high.

Simply put, women in such situations were or are set up to fail. Failure is subsequently used to deny women future opportunities by referring to their failures when given the chance.

Even though the term generally refers to women, it has been equally used for men when the same ingredients of being set up to fail are evident.

Writing in The Guardian on July 30, 2011, the British political activist, Sunder Katwala, said “with a glittering CV and three books this summer, the MP (Kwarteng) is tipped for a brilliant career, even becoming the first black Tory Cabinet Minister.”

However, when Kwasi Kwarteng accepted to be the Chancellor of the Exchequer of his long-time friend new Prime Minister Liz Truss, many analysts believed he had consciously drunk from a poisoned chalice.

That was because, together with Liz Truss, Kwarteng was described as a hard-nosed Conservative who followed Boris Johnson to exit the European Union and follow Brexit!

Some Brexiteers later regretted their voting as they understood it only in terms of limiting immigrants entering the UK, but not the resulting negative economic fallout they started experiencing.

Kwarteng is or was, thus, seen as the co-pilot of a doomed aircraft captained by a ‘glass-cliffed’ pilot Liz Truss!

Discussing the UK developments with a friend, we humorously reminded ourselves of President Mills’ admonition, “Dzi wo fie asem,” to wit, “Mind your home matters,” or “mind your own business!”

In Lower Sixth-Form in 1970, the subject ‘Inflation’ was taught us in our General Paper class by a young teacher we all called ‘Archie’. He taught us that, in inflationary times, pensioners suffer most because while prices rise, pensions remain constant!

The value of pensions, thus, gets whittled away as the same amount of money buys fewer goods and services. If we thought we understood Archie then, now we understand him better!

In Ghana, we are told in spite of all the things the excellent economic-managers have done right, Ukraine-Russia on one hand, and COVID-19 on the other, have conspired to subvert all efforts to keep our economy on an even keel.

An irritated oldie asked that if we have identified the two culprits of COVID-19 and Ukraine-Russia, why do we not confront them directly, instead of going to a third party IMF which did not contribute towards our woes, to solve our problems?

After all, does the Twi proverb not say “Twene anim wo ho a, yen mmo nkyen?” to wit, “If you have the face of the drum to beat, you don’t beat the side?”

I wish I could find our teacher Archie to tell him that, as retirees, we now understand better, what we thought we did when he taught us “Inflation” in Lower Sixth-Form in 1970.

To say things are tough, is an understatement. From GH¢200 a pack of 30 tablets for my monthly medication in September 2022, it went to GH¢368 in October. Today in week two of November, I bought a pack for GH¢479 with no end in sight, according to the pharmacist!

But did it have to come to this, when Rwanda and Botswana are weathering the storm reasonably?

Many years ago, our Econometrics Professor taught us in Regression Analysis that in problem-solving for a desired outcome, there is a constant, and a number of variables to be addressed together.

Rwanda and Botswana have demonstrated that, while the twin-COVID-19 and Ukraine/Russian War may be variables, the constant that needs addressing most importantly, is proper Domestic Economic Policy, as they have done successfully with honesty, integrity, selflessness and humility!

Ghana abounds with a collective brain-power capable of solving our problems domestically if properly harnessed, as I was told as a foreign cadet by a General in the early 1970s! Where there is a will, there is a way!
Leadership, lead! Fellow Ghanaians, wake up!