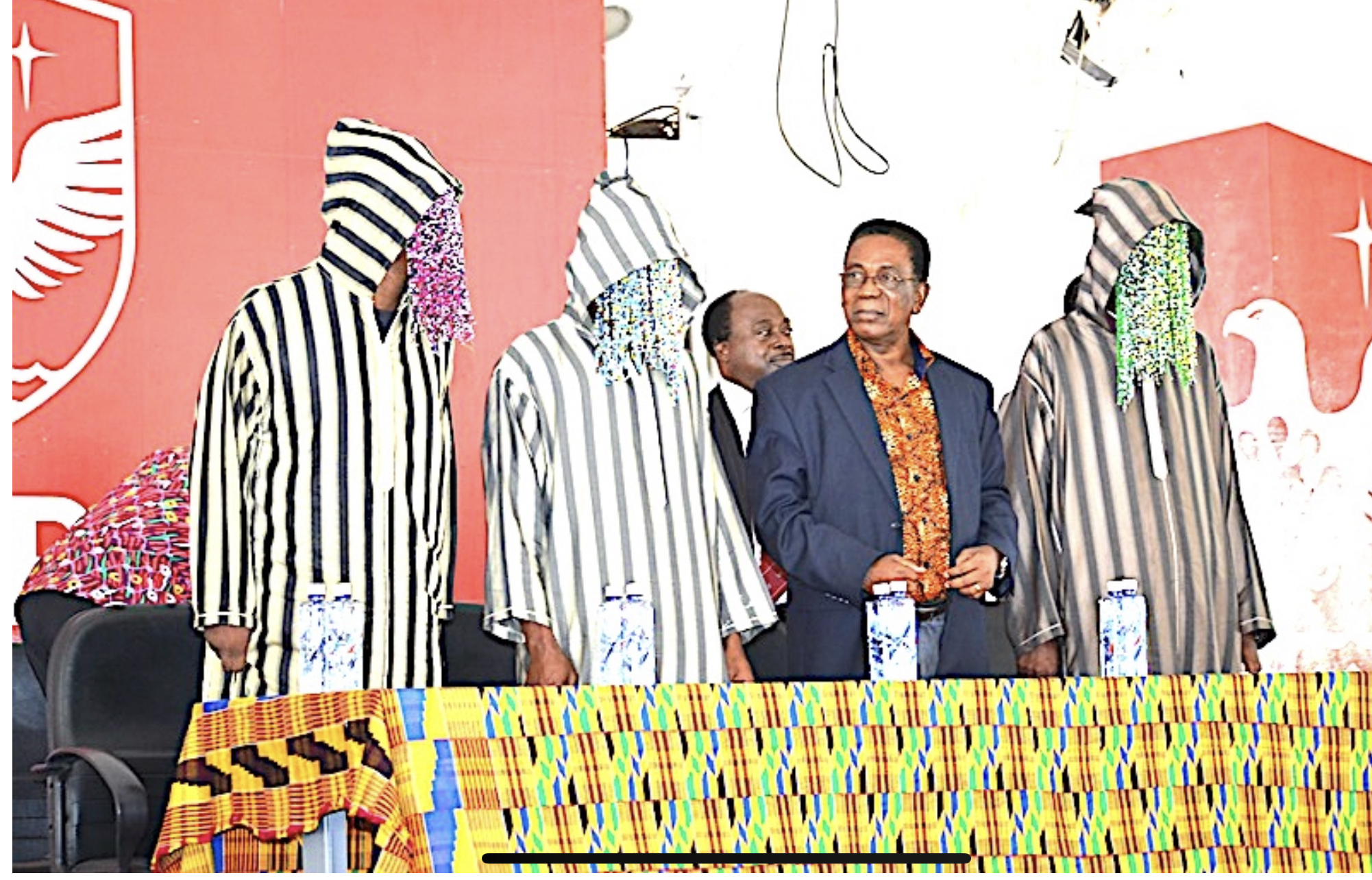 Monday, 14th November. I was all set, going to see the latest operation by this mystery man, Anas Aremeyaw Anas, who for two decades had gotten Ghana turning on his five fingers.

He had gotten the smartest Ghanaian, big or small, looking over his shoulders in every little move on the wrong side of the law.

A single bat of the eyelid from behind his beaded veil gets men of fame tumbling from the high heights, and whimpering like day old babes.

Call him a gladiator of national values; but he was also investigative journalism writ in bold.

The announcement of his forthcoming  project, ‘Galamsey Economy’ thrilled me, and got me heading to town to grab a ticket.

The theme some how merged with my own, and I started dreaming sympathies with my little anti-galamsey efforts.


I called my friend Ace, who disappointed me saying  a synopsis of the show in the media, had nothing to do with Galamsey. Ouch! That was a blow below the belt. 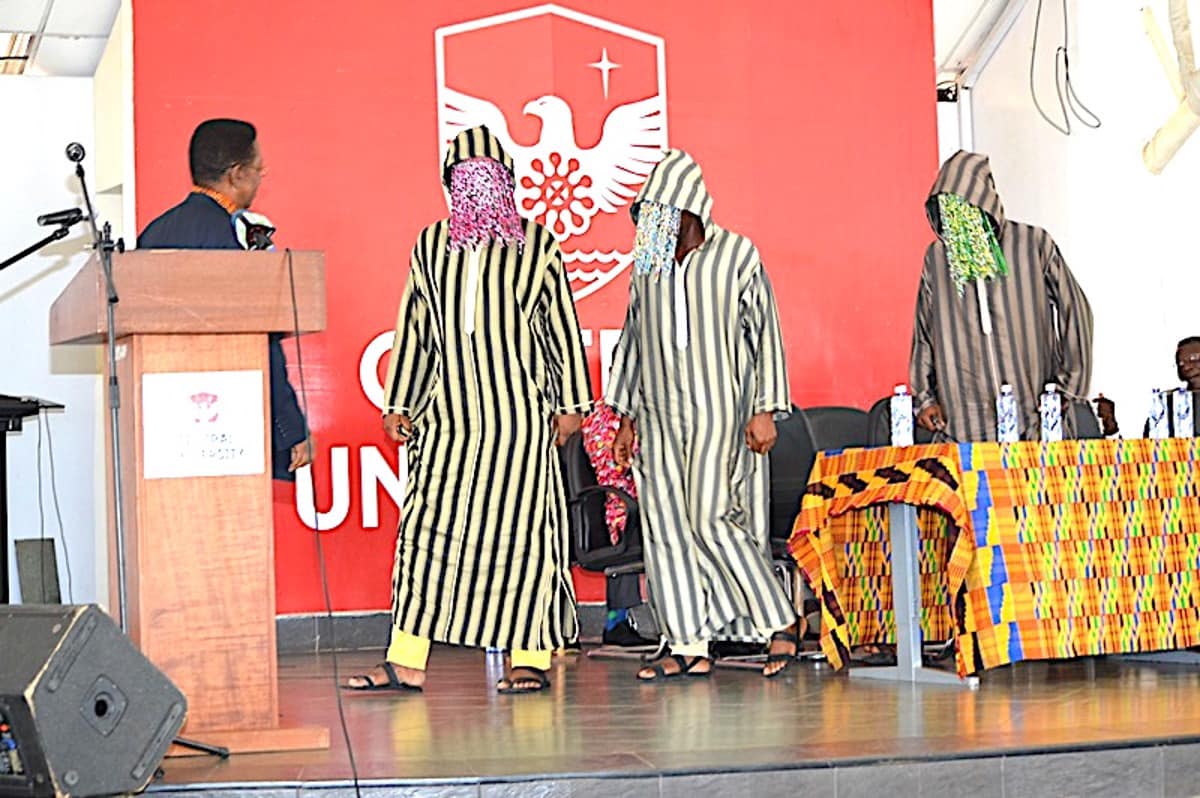 My day was ruined, and I did a quick u turn, and headed back home chewing roasted corn.

The deceptive title, Galamsey Economy, gave enough clues that the pet boy probably regressed while I was looking away.

Did somebody censor the original story and decide to give the game away, a Freudian slip?

That didn’t sound like the Anas I had learned to admire.

In truth, I had met him twice.

Being a writer myself, I knew his early beginnings as a slim scrawny journalist working for Kweku Baako’s Crusading Guide in the 1990s.

I later met him when he came to do Law at University of Ghana, and visited my office as Pro-VC for student and academic affairs; that was around 2006.

He was a very simple and charming personality, far from a little monster, snooping and tracking executive vices.

But I somehow lost track of him, until I started seeing glimpses of the cool gentleman, winning global awards with spellbinding stories.

I was  stunned by his early investigations like Ghana’s Mad House, where under cover Anas virtually turned unto a crazy man, and entered the asylum in Ghana here, as a patient. 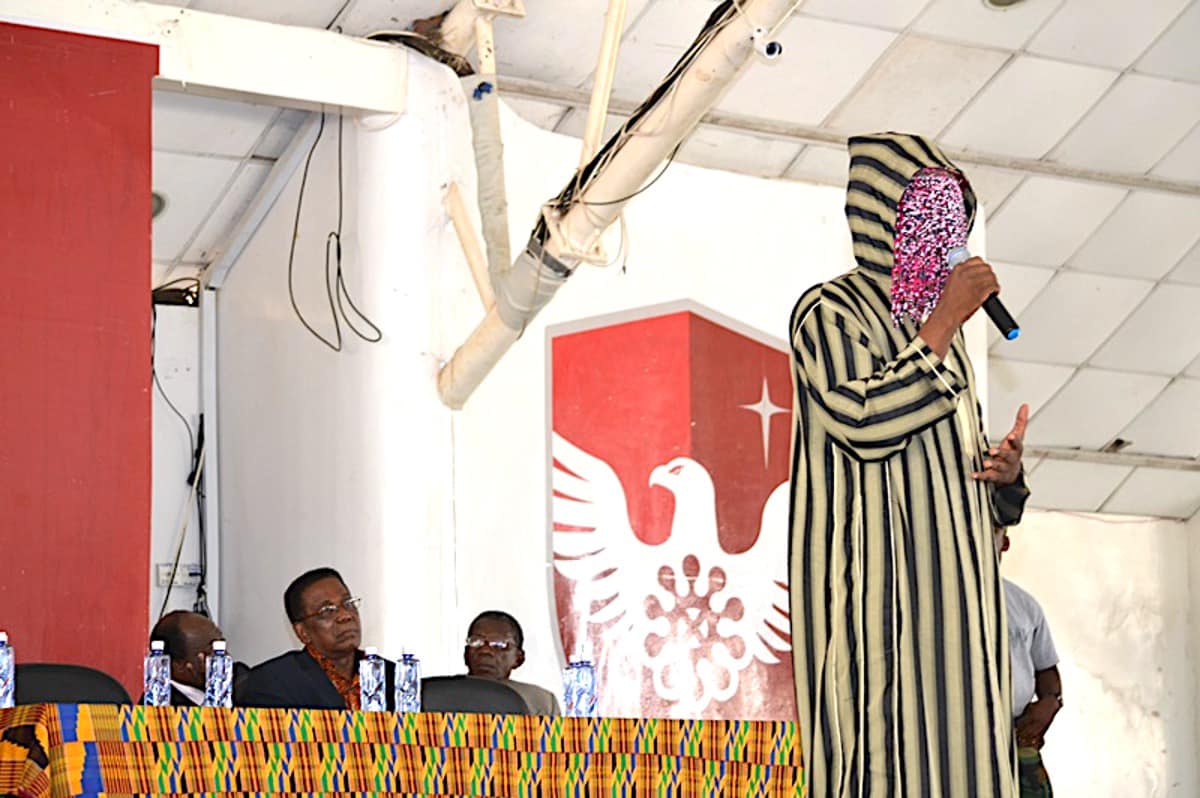 He went on admission, and from day to day ate with inmates and, like them, got injected with daily doses of all relevant medication, depressants and all.

And why take this trouble? He had sacrificed his life for the sake of unearthing the story of gross human rights violations in mental institutions.

That masterpiece in investigative journalism led to the passage of the 2012 Ghana Mental Health Act. Wow! That was a man after my heart.

Over the years, he had become a household name in the sub region and beyond.

Otherwise, how could Anas have attracted the attention of global statesman Barrack Obama, then US President?

In his speech while in Ghana in 2009, Obama drew attention to “that courageous journalist, Anas, who risked his life to report the truth.” I said wow again, exceedingly proud having met the young man from across my desk in Legon.

September 2015, I was among the large throng of people who queued up at the Accra International Conference Centre, waiting to see the debut of Anas’ masterpiece on judicial corruption that exposed 34 Ghanaian judges engaged in vices of various kinds.

Those judges and over 105 judicial staff had been caught on camera receiving bribes to influence judgment in Ghanaian courts.

The public was indeed amazed by a scandalous underworld of sex, bribery, blackmail, corruption, by respected men in wig and their associates, who thereby decide to free rapists and other criminals and conversely throw innocent ones in jail.

Days after I had watched that project, I saw one of the shamed judges, partly disguised in a cap, and pushing a luggage towards the departure lounge of Accra airport.

It was weeks later news spread that one of the named judges had quietly left the country.

November 2016, a year thereafter; I got a rare opportunity to interact with the man Anas, in full flight and regalia.

9th November that year. Here was Anas at my doorstep. I was in full charge of Central University as Vice Chancellor, and had introduced a distinguished lecture series, which had brought to campus the likes of Dr Kwesi Botchwey, Dr Mahmoud Bawumia, Professor Adigun Agbaje from Ibadan University.

To sustain students’ enthusiasm, why not Anas as the next speaker? The thought alone turned the campus topsy turvy. Anas at Central? Yes. It was a scoop, and I had conspired with the dynamic director of  the school of communication studies, Dr Ransford Antwi, for the surprise.

The 3000 capacity auditorium of Central University was not big enough. A rare gem was in the house. There was excitement; but also panic, a security nightmare.

The question was how to host Anas without putting him in jeopardy; who would escort him; how to interact with him, etc. The campus security was on the alert, but even unsure from what direction he was coming. Did he say which access route he would use; which gate? From which direction: Temaor Aflao? The gentleman had decided to keep us in the dark. 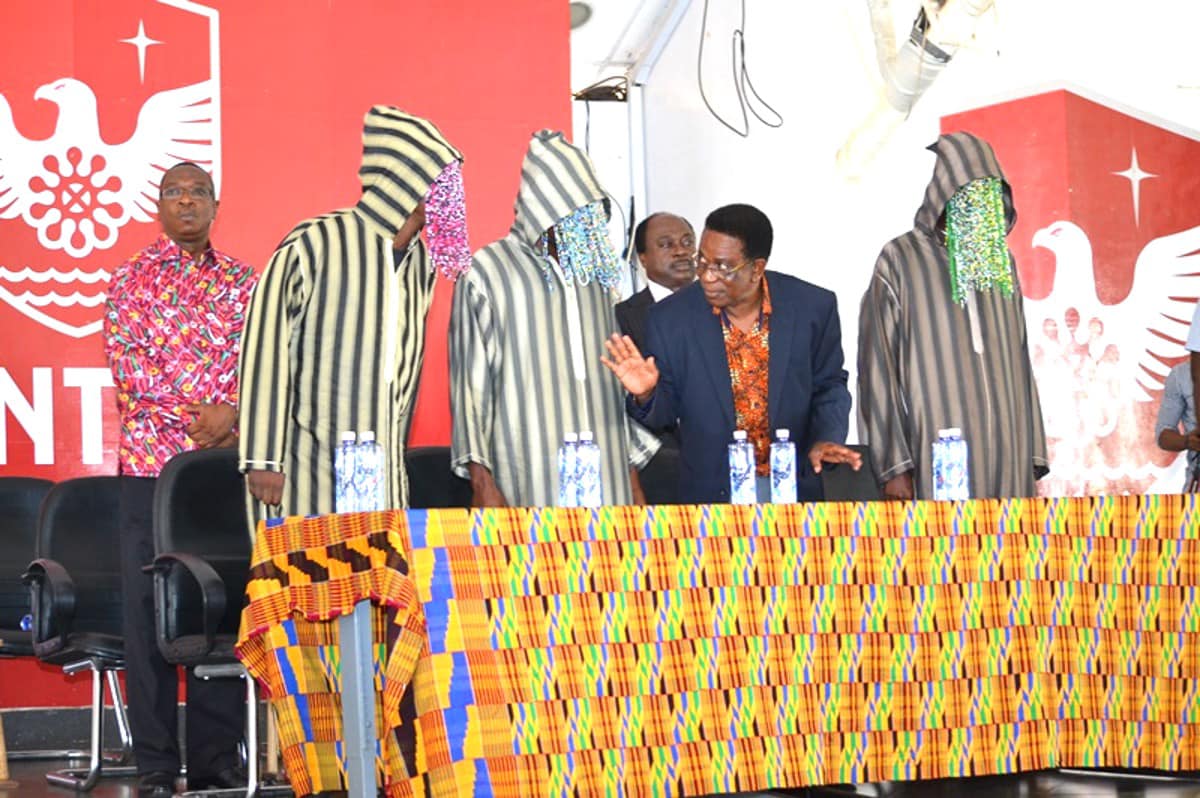 Anas was on campus with plain clothed security, having somehow eluded our campus watch dogs. He had materialized.

The packed auditorium was a mix of students, staff and faculty that were all ears, to seek answers to hearsays and puzzles about the man.

How does he get his several spooky stories; what makes him ubiquitous? And is this really journalism? But even before the encounter, I got a sense of his operations speaking to students.

I was told Anas had student volunteers all over the country working  for him free of charge. These were well trained and could be reached anytime to assist with secret operations. Some of the students, I was scared to hear, were at Central University!

But who was Anas himself? Before us that day at Central, were three hooded lookalikes, one of whom was the real Anas. The truth was further compounded when after my introduction of the guest speaker, all three lookalikes stepped up from the high table and stood behind microphone stand.

After a moment of suspense, the real Anas took the microphone from me and announced himself while the other two dummies stood fidgeting throughout the interaction.

The 90 minute dialogue with students was thrilling and educative, giving him the opportunity to narrate his harrowing life experiences: disguises, escapades, close encounters; frustrations, successes and narrow misses.

The award winning experience with mental patients where he was injected with depressants,  was the most audacious; and he explained the safety measures he took to reduce adverse health effects.

All eyes rivetted on him, he spoke freely, pacing back and forth the crowded auditorium and bending occasionally to chat with individual students. Vigilant from a distance was his own security, that was alert, and ready to dash and intervene where necessary.

After the encounter, my staff and I returned to my office, waiting for Anas to join us for further interaction and refreshments. But that was a mirage. Anas Aremeyaw Anas had mysteriously disappeared!

November 2022, a few days ago, and six years after Central, Anas was playing at a theatre near me; but I responded with waned enthusiasm. The once classic venture appeared to be limping, and claims of  entrapment by culprits, were gaining ground. Is Ghana losing this great morality tool? Is the project heading towards commodification? Has the pet Anas even decided to shield the true monsters of galamsey?

Kweku Baako, mentor of Anas, I urge you to pause and review the entire Anas enterprise, or simply call it a day.