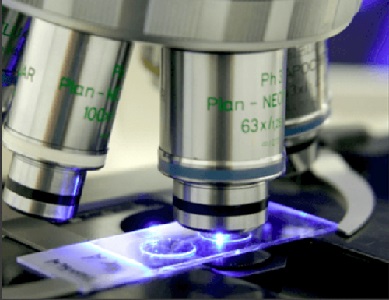 It has been quite a rollercoaster weekend. First, my 7p.m. flight from Accra to Kumasi on Friday was severely delayed due to bad weather in Kumasi, which meant I finally arrived in Kumasi around 11p.m. and got home close to midnight.

The next day, I had to be up bright and early to make my way to my alma mater the Opoku Ware School, where an inter-school debate was being held as part of activities marking the school’s 70th anniversary.

I would have had a bit of a lie-in, but as MC for the day, I did not have that luxury. It was a rather long day and by 8 p.m., I was already asleep, having slumped into bed on arrival home, less than an hour earlier.

Even though my school painfully missed the champion’s title by one point, I was pleased it had been such a successful event.

I woke up on Sunday to some terrible news. My housekeeper of 14 years in my Kumasi home had passed away at dawn after a long illness.

It appears June is quickly earning its place as my month of highs and lows, marking the birthdays of my niece, my father and my brother, as well as a few close friends, and yet also marking the death of my father and now Prince, my housekeeper.

May the highs be more and the lows fewer.

Prince was in his early 30, full of life and enjoyed lifting weights and playing football. I called him ‘Papa Macho’. Quiet, reserved and diligent, he had a smile for everyone, especially my guests and was quite popular among his friends in the neighbourhood. He had a day job in town and worked hard at it.

He was also the secretary to a youth club he and his friends had set up and kept insisting that I should become their patron.

I teased him that the honour was inspired by their desire to get into my pocket, for whatever coins were jangling in there.

A few months ago, he started feeling unwell and over time, his condition slowly worsened until it got to a point where he had to move back to his family home, which happens to be just across the street from my home.

We remained in touch mostly by phone and I spoke to his father regularly. Even though I had grave concerns about his health, I was confident he would pull through and did my bit to help towards that objective.

But it was not to be and when the news came, it hit hard.

The death of someone so close, especially when they die so young, always makes us all reflect, not just on the fact that our mortality is so real and so vivid, but also on our spiritual selves.

In the case of Prince, all these thoughts swirled in my mind throughout Sunday as I tried to process his death, with his friends streaming into my living room not saying much, beyond being stunned by the news.

Prince’s illness and the issues that arose out of them had hit me hard and caused me to reflect further on the state of our healthcare and whether there is more we can do to save many lives.

I was shocked when following a hospital visit, he was asked to do two laboratory tests and the bill came to over GH¢8,000. It was a huge eye-opener.

For many average families, this is simply impossible and presents an immediate barrier to diagnosis and treatment.

Unsurprisingly, many families, out of desperation, check out of the health system altogether when confronted with such bills and resort to prayer camps or herbalists in their bid to save the life of their beloved family member.

These avenues hardly solve their problem and they end up losing the person, but one cannot blame them for seeking such refuge in the first place.

Invariably, laboratory investigations present the first pit stop in the healthcare system after a visit to a doctor, as a prelude to diagnosis and treatment.

If that represents a barrier that is unduly high, the system is simply turning away patients at that crucial point and in a country with high poverty levels, one can only imagine the rate at which people are effectively thrown out of the system.

The National Health Insurance Scheme (NHIS) was set up in 2003 to promote access to equitable and quality healthcare for all citizens, irrespective of the individual’s socio-economic features.

Whilst this has been helpful in many instances in helping to abolish the dreaded ‘cash and carry’ scheme, the fact remains that close to two decades on, the NHIS suffers from several challenges in delivering its mandate.

investments made by the NHIA, donations and premiums paid by scheme subscribers.

With these funds properly ringfenced and managed, I believe there is a huge prospect of making the scheme work properly to be able to fund vital healthcare in a patient’s time of need. No family has to face the agony of walking away from laboratory tests simply because they cannot afford it. It is ridiculous.

There is no reason our public hospitals (at least the major ones) should not be able to run modern, affordable, efficient laboratories in-house.

This is much better than the current situation of literally yielding all that space to the profit-driven private sector, owned in several cases by public sector health operators or such operators having cozy relationships with specific private laboratories, which encourages traffic to be driven towards them.

Our public healthcare system is a disgrace in several fundamental ways and needs clear, innovative thinking to make it fit for purpose. There are simply too many avoidable deaths and we cannot continue like this.