Military ‘invasion’ of communities must stop 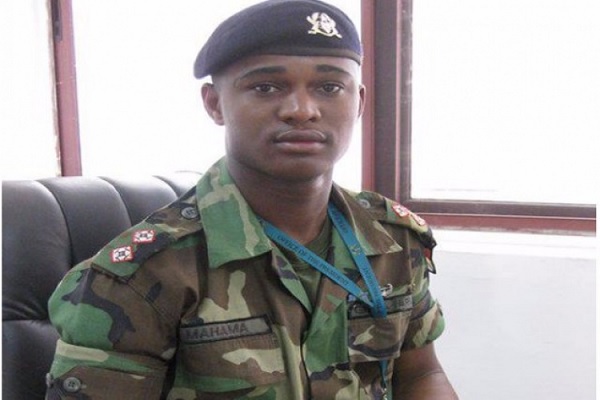 There has been a worrying trend in Ghana where the military are deployed to communities and they have been attacked or maltreated by some unscrupulous persons, sometimes with the aid of residents of those communities.

These attacks, apart from leading to the loss of lives of some of our gallant soldiers, also have dire consequences on our national security.

A clear example is the unfortunate and despicable incident that occurred on May 29, 2017 when Captain Maxwell Adam Mahama (now Major) was allegedly killed by a mob at Denkyira Obuasi in the Central Region.

The killing shocked the country and shook our conscience, leading to numerous calls on the need to put a stop to mob action. A grieving nation gave Major Mahama a state funeral and erected a statue in his honour.

It looks like the Major Mahama incident just scratched our conscience and had a little effect. Recently, the people of Dome Faase in the Greater Accra Region allegedly attacked two soldiers. Pictures of the soldiers bleeding were all over the media, bringing us memories of what might have happened to Major Mahama. Fortunately, in this case, the soldiers did not die.

In most of these unfortunate incidents, soldiers, in solidarity with their murdered or wounded colleagues, descend on these ‘erring’ towns to show them where the power lies.

There were stories of men fleeing Denkyira Obuasi and Faase for fear of military reprisals. And when the military did go to those towns, they were alleged to have really disciplined the townfolks.

Inasmuch as I condemn the barbaric act of mob action, which is a violation of the rules of natural justice, the alleged illegitimate means of punishing the perpetrators by our men in uniform are also equally unacceptable as it also flies in the face of rules of natural justice. You cannot condemn a man without giving him a hearing.

Both acts are criminal and must not be encouraged in any way.

Fortunately, the military withdrew from Dome Faase, while the alleged killers of Major Mahama are also before court to answer the allegations levelled against them.

No matter the alleged crime, the military has no perceptible locus to invade such communities and begin to brutalise the people.

Whenever there is any crime, regardless of who the victim is, the laws of the land on how to bring the alleged perpetrators to book do not change.

The military as an institution of the State must respect and obey this. That is rule of law, a cardinal principle of our democratic dispensation.

It is for no reason that Adjabeng JSC stated in his opinion in the case of Amidu vs President Kufour that, “It must be noted that our 1992 Constitution has firmly established the rule of law in the country.

This is clearly what we mean by the rule of law. I have no doubt that adherence to this tenet will indeed bring about real democracy and, therefore, real freedom, justice and prosperity.”

It is quite clear that our armed forces play a minimal role in our criminal justice system (arrest, investigations and prosecution).

Article 201(3) of the 1992 Constitution which details the role of the Armed Forces states, “The Armed Forces shall be equipped and maintained to perform their role of defence of Ghana, as well as such other functions for the development of Ghana as the President may determine.”

The Armed Forces are, therefore, not part of the criminal justice system per law, especially when it involves civilians.

So I don’t see why it has become a normal practice for our men in uniform to be deployed to communities where residents allegedly attacked one of their own.

Per Section 10 of the Criminal and Other Offences (Procedure) Act, 1960 (Act 30), the police are the ones who have been mandated by statute to arrest, investigate and where appropriately prosecute all criminal-related causes and matters.

It is trite knowledge that the military have been ousted by law in criminal matters.

They can complement the police when the situation demands, but their primary duty is not law enforcement.

Therefore, the culture of deploying the military to torment and molest people in the name of seeking justice for their colleagues must be stopped as it also amounts to a different form of mob justice.

Like the security analyst, Adams Bona indicated, these kinds of actions amount to reducing the revered institution to public ridicule.

Whenever there is a crime, no matter who is involved, the right criminal procedure should be triggered so justice will be served.

This email address is being protected from spambots. You need JavaScript enabled to view it.
The writer is a law student and youth activist.