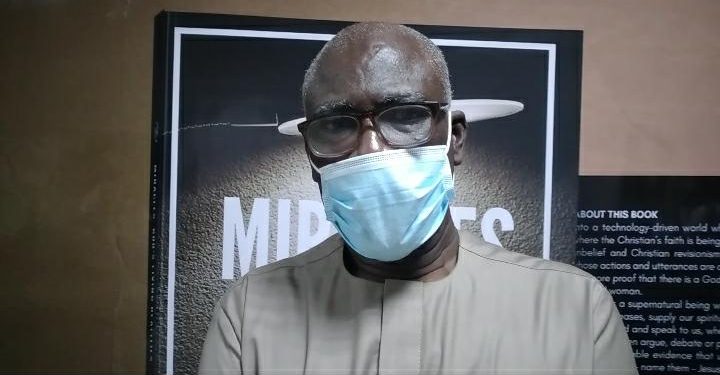 In the newsroom of the Ghanaian Times, in the mid-1980s, every journalist knew the maxim: when in doubt, leave out! We did.  The news editor controlled the use of one of only two telephones with a direct dial (the other one was in the editor’s office).

You had to have a compelling cause to be allowed near this phone — and among the most compelling causes were: cross-checking a fact, a soldier’s rank, a lady’s first name or the truth or otherwise that a prominent somebody had passed.

When, in 1994, the Ghana Journalists Association (GJA) developed and adopted its Code of Ethics, all it was asking was for journalists to adhere to “the highest ethical standards, professional competence and good behaviour”, the same considerations that produced the Ghanaian Times maxim of the ‘­80s.

Among others, the Code asks that the journalist reports the truth at all times; cross-checks his/her facts; verifies the source of every information and places accuracy above speed.

What has changed? Nothing and everything.

In terms of the race to be first with the news, nothing has changed: the word “scoop” is still in every reporter’s dictionary.

With the proliferation of newspapers, radio and television stations, however, exacerbated by new or social media, the rules have changed. Or, have they?

No, they haven’t. Only some journalists have.

So what is the name of the profession that allows television stations in Ghana to play back, without cross-checking, a video ostensibly showing the President of Ghana taking “a bribe” when the President himself, his Communication Director or the Minister of Information, was only a phone call away from the newsrooms of the media houses or were physically accessible to their reporters accredited to the Jubilee House!

Something happened to ethics.

But for Kweku Baako Jnr. who knew the circumstances under which the footage was filmed, the name of the person who filmed it, and actually produced the original footage, nobody would have believed that it was a doctored video.

Who did the doctoring? What for? My God, we have come very far from our humaneness. We are almost sub-human.

When Adom TV, having been confronted with the truth, issued an apology to the President, this party communicator called the station names.

Has the truth become subjective? Does politics blur the lines of reason?

These are questions to be answered by politicians.

What about us, journalists? The principle of accuracy over speed has been turned on its head.

The maxim now reads: “If in doubt, publish and let whom the cap fits come out to deny”.

That’s a jungle out there. No rules. Anybody can call the press and say just about anything and pronto, it’s news, fit to print, to stream or to air! No one is safe.

At the tail end of 2020, I rushed to the office of Kwami Sefa Kayi.

He is a decent well-informed journalist who has earned his title. Apart from that, he is sensible.

So what virus could have infected him to accept to emcee a New Patriotic Party (NPP) rally in Ashanti?

I saw the picture on social media. The President was present and there were some people in NPP paraphernalia.

You could see Sefa Kayi walking towards the dais where the President sat.

That is what we saw, and that is why I went to Peace FM and to Kwami.

I was concerned, worried that one of Ghana’s favourite radio personalities had gone the way of all cheap journalists. (To this list of radio’s nobles, add Bernard Avle and Evans Mensah).

It was at Peace FM that Kwami showed me the original picture — and I have since cross-checked.

The occasion was not an NPP function. It was the sod -cutting for the Boankra Inland Port!

In the original picture, there were ambassadors and other foreign dignitaries, plus Otumfuo Osei Tutu II.

There was a small crowd of people in NPP paraphernalia, but every Ghanaian slightly older than the Fourth Republic knows that is a familiar sight at most state functions since 1992, where NDC/NPP supporters exploited such media photo-ops at sod-cuttings close to elections.

Kwami was the MC. But he had been MC at state functions in the past, in NDC’s era.

In the picture on social media, someone had cropped out the rest of the dignitaries to give the impression that Kwami was at an NPP event.

Who did that? What for?

Irresponsible journalism started as a bug, but now it is a virus infecting everybody, and there is no vaccine.

Ethical journalism is dying, but I thank God for the few who are refusing to let it fall down.

Affail Monney, GJA President, has a list of the few.