Islamic perspective of the rights of the environment 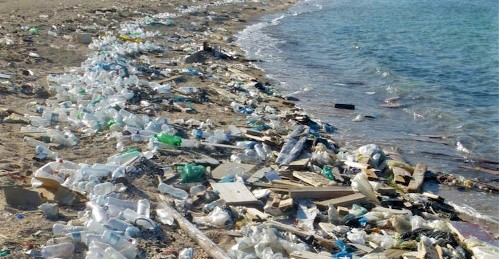 The best of all Mosques is the greenish environment (Muhammad, PBUH)
30.5k Shares

On Tuesday, November 3, 2015, religious leaders gathered at the Windsor Castle for ‘Many Heavens, One Earth’, an event organised by the United Nations and the Alliance of Religions and Conservation, to encourage environmental action among different faiths.

The event helped create momentum for the Muslims’ ‘Seven Year Action Plan on Climate Change’. The plan, supported by political and religious leaders of Muslim majority countries, including Egypt, Saudi Arabia, Qatar, etc., seeks to project Islamic teachings on environmental protection, take steps to create a "green Haj", build a prototype of a "green mosque" and work towards publishing the Qur’an on recycled papers.

Islam has a rich tradition of highlighting the importance of environmental protection and conservation of natural resources. The environment includes the home and what surrounds the individual or the society and affects them.

What is meant here is the first, the nature, which is the subject of our conversation.

The word “Earth” (al-Ard) appears not less than 485 times in the Qur’an. Islamic beliefs, traditions and values provide an effective and comprehensive solution to the current environmental challenges the Ghanaian nation faces.


According to the Sharia, the basic elements of nature – land, water, fire, forest, and light – belong to all living things, not just human beings. The sacred law, therefore, commands mankind to avoid acts that cause environmental degradation.

Delivering his speech on ‘Islam and the environment’ at the Oxford Centre for Islamic Studies on June 9, 2010, the then Prince (now King) Charles urged the audience to consider Islamic teachings on the environment which states, that humans share this planet with the rest of creation because “we cannot exist on our own without the intricately balanced web of life around us”.

The then Prince further explained, that "Islam has always taught this and to ignore that lesson is to default on our contract with creation".

The idea that everything on earth is inter-related is contained in a concept known in Islamic tradition as ‘takafful’. Although the concept is now applied mainly to insurance transaction, where it refers to sharing of risks, takafful also means a cosmic symbiosis or balance.

What God created is a complex system of elements dependent on each other and inter-related. We cannot alter that system without disturbing the health of the earth. Because every part of creation is dependent on another part of creation, we harm the entire system when we damage a particular part.

The Qur’an has a number of specific references to ecology and also contains some important principles for environmental conservation. The first principle which guides Islamic teachings on environmental sustainability is the concept of trusteeship.

Being guardians of the earth (Khalā’if fi-l Ard), mankind is obliged to take all necessary steps to ensure that the entrusted ‘property’ is passed on to the next generation in a pure form as possible. Put differently, the concept of trusteeship came with a responsibility for humans who agreed to be compassionate to other creatures and to use resources carefully.

The privilege to exploit natural resources was given to human beings on a guardianship basis, which implies the right to use another person’s property on the promise that it will not be damaged or destroyed.

It is, therefore, the duty of Muslims to respect, nurture and care for the environment. Environmental corruption, which includes destruction of the environment, and reckless exploitation of natural resources are prohibited by Islam [Qur’an 2: 12; 2:40].

Water is a divine gift for humans to drink, wash, and provide for their animals and crops, [And We made from water every living thing] Qur’an 21: 30. Water is a huge life-providing theme in the Qur’an with repeated talks about how God created life through water, then sustains it by the rains, streams, rivers, and oceans [Qur’an 16:65].

God uses the analogy of life and death for Muslims to recognise the value of water, reminding us to provide clean water for all.

This divine gift – water – can, however, become harmful the moment human activities pollute it with dirt by mixing in it with a foreign substance.

Islam has established the importance of making water safe from pollution. The Prophet (PBUH) reiterated this with his call for the purification of the environment by prohibiting urination in stagnant waters, rivers, and the sea, and warned against polluting footpaths, water resources and places of sittings such as shades of trees.

He (PBUH) advised mankind to “Beware of three things which provoke God and invoke His curses - relieving oneself in a watering place, in the middle of a footpath, and under a shade (of a tree)”.

Littering the environment also goes against one of the most important tenets of Islam, which is “doing good to others”. The subject is mentioned in one of the famous traditions of the Prophet (PBUH) which dictates that, “removing harmful things from pathways is an act of charity”. So, just as there is a reward for performing this action, there is a penalty for doing the opposite.

Environmental conservation is the protection of natural resources for future generations. This includes maintaining the diversity of species and the ecosystems. The emphasis is placed not on keeping nature from humans, but on ensuring that humans use natural resources in a sustainable way, benefiting from it without destroying the environment.

The traditions of Prophet Muhammad (PBUH) deal extensively with various aspects of the environment, including resource conservation, land reclamation and environmental hygiene. In order to protect land, forests and wildlife, the Prophet (PBUH) created inviolable zones known as the Haram(s) and the Himā(s), in which natural resources were to be left untouched.

Himā is a designated area of land where grazing and tree cutting was prohibited, or where specific animal species were protected. He established a himā to the south of the holy city of Medina and forbade hunting within a four-mile radius and destruction of trees or plants within a twelve-mile radius.

Haram areas were drawn up around wells and water sources to protect the groundwater from over pumping. The creation of inviolable zones shows the importance placed by the Prophet (PBUH) on sustainable use of natural resources and the protection of wildlife and agricultural land.

The three famous traditions of the Prophet (PBUH) on environment states: 1) “The earth is beautiful and verdant, and verily God has made mankind His stewards in it, and He sees how you acquit yourselves”; 2) “It is a charitable gift (Sadaqah) for a Muslim to sow a seed that becomes a source of food to humans, birds, or animals” and; 3) “Whoever plants a tree which becomes a sitting or resting place for humans, animals, and birds will be rewarded in the Hereafter”.

In a time when our environment is constantly deteriorating, causing extreme weather and climate change, we must turn to the ultimate guide in the words of the Qur’an which reminds us of the perfect creations of our Lord as well as our entrusted responsibility as vicegerents on earth [Qur’an 54:49].

This serves as a timely reminder to those who are changing the perfect world through land reclamation and degradation.

The writer is the Founding President of the Centre for Islamic Thought and Civilisation. This email address is being protected from spambots. You need JavaScript enabled to view it.