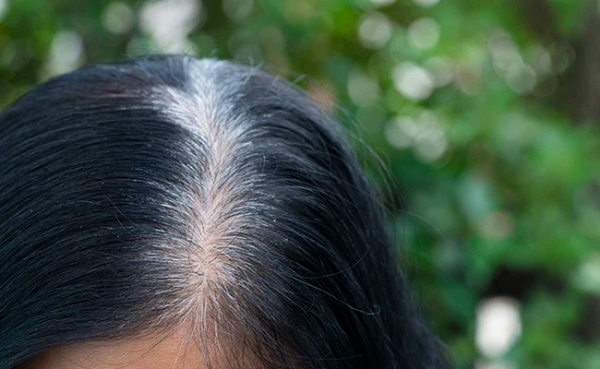 The onset of hair greying in humans varies from person to person, as well as among racial groups of people based on genetic and other germane factors.

Hair research suggests that after age 30, there is about a 10 per cent decrease in melanin levels. By age 50, half of men and women tend to have at least 50 per cent grey hair.

However, people can get grey hair at any age, even as early as their basic school years. In view of the age influence of grey hair, most people start having grey hair around the same age their parents or grandparents first had it. It takes more than 10 years for all of a person's hair to turn grey.


Do wise people have grey hair? Is every person with grey hair a wise person? These questions constitute the impetus for this piece.

It is a trite occurrence worldwide that hair colour changes as people age. Hair greying is thus a hallmark of aging and it affects almost everyone but exceptions abound.

Scientifically, the loss of hair colour is due to the loss of melanin, a pigment found in the skin, eyes and hair.

Melanin and genetic codes give colour to the hair. As people grow older, pigment cells in their hair follicles (tubes of tissue under the skin) gradually die, leading to a more transparent colour (grey, silver or white).

Apart from ageing, other factors such as limited vitamin B12 deficiency, stress, thyroid disease, vitiligo and smoking lead to hair greying.

Religiously, people believe that a person with grey hair personifies wisdom. The three Abrahamic religions, such as Judaism, Christianity and Islam, have certain recognition for grey-haired individuals.

Both science and religion agree that grey hair is a sign of ageing. However, science does not say that ageing necessarily connotes wisdom but religion shows that grey signifies wisdom.

In Judaism and Christianity, God commanded such demonstrations of respect for grey hair in the laws He gave to ancient Israel.

For example, God said, “You shall stand up before the grey head and honour the face of an old man, and you shall fear your God: I am the LORD” (Leviticus 19: 32). Other Biblical verses talk about the relevance of grey hair in old age.

In Islam, it is said that Ka’b ibn Murrah (a 4th century Islamic ancestor) said, “If a person’s hair turns grey in Islam, it will be light for him on the day of resurrection.”

Many cultures cherish the aged. The youth are taught to respect their elders, especially because God says, “honour the face of an old man.”

Does it mean the aged are wiser than the youth? The answer is no. Both the youth and the aged can exhibit wisdom.

God is the one who gives wisdom (Proverbs 2:6); hence, in the past, He gave wisdom to so many young persons, including King Solomon and Jesus Christ, who were wiser than even the old people in ancient Israel.

To me, therefore, the trite assertion that grey is a sign of wisdom is the misconstrued form of the fact that a person who develops grey hair due to ageing might have had certain experiences in life that the youth have not yet had.

The general statement that grey hair necessarily signifies wisdom is a fallacy of a sort because there are times that the youth rather exhibit more maturity and wisdom than the grey-haired.

Indeed, if wisdom is a gift from God as the Bible demonstrates with Solomon and Jesus as personified examples, then the aged with grey hair cannot be said to be the protectorates of wisdom.

If not so, then does it mean that the aged who have not had pigment or melanin reduction in their bodies and for that matter do not grow grey hair are not wise?

I thus dare say that whether wisdom is God-given or not, it must be expanded with life’s experiences and not necessarily with hair colour.

For example, the erstwhile Secretary- General of the United Nations, the late Kofi Annan exhibited a lot of wisdom in managing the world body even when he did not have grey hair.

The thinking that wisdom lies in the skull of he who has grey hair might amount to the fallacy of irrelevant conclusion and, therefore, faulty reasoning.

That does not also mean that certain aged persons who have grey hair are not wise. Many aged are wise but they do not necessarily derive their wisdom from the grey hair they have.

Hair greying is a natural irreversible process, which does not respect race and gender. Various societies and religious groups cherish grey hair.

Notwithstanding, age-based grey hair signifies that a person has mellowed with age and gained understanding he or she might not have had in his or her youthful age.

In this regard, grey hair can be evidence that a person has lived long and has much to offer younger generations, even though this may not be a generic case for all persons with grey hair.

This is because a mentally retarded aged person with grey hair, for example, cannot be cited as a source of wisdom for the youth to learn from.

The writer is a Health Service Administrator. Writer's mail: This email address is being protected from spambots. You need JavaScript enabled to view it.