Government must do more on masks 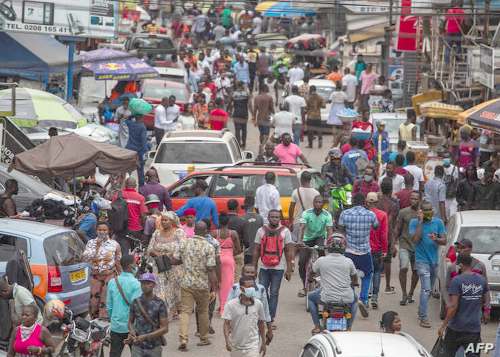 An area in the Central Business District in Accra. Not everyone wears a mask Follow @Graphicgh

In the President’s last but one COVID-19 address, he reported the startling finding in a Ghana Health Service (GHS) survey that 82 per cent of people in the sample had the ‘overall intention to use a mask’.

Regular mask wearing watchers such as the writer of this column challenged the GHS to provide details of the survey because those figures did not match up with what we all see around us.

In the 16th address, the President acknowledged that the latest survey report paints a far worse figure than the previous one.

The President did not mention the figure in the new survey, but we understand that to be in the 40s range, with that outrageously optimistic. Again, as with all survey reports, the devil is in the details.

It appears that the figures being used by officials on mask wearing are way out of variance with what one observes in real life in many parts of the country.

In surveys, especially where the subject concerns a law or regulation to which people are expected to comply, it is unlikely to find respondents admitting to breaking the law.

It appears from the President’s repeated citing of these GHS surveys on masks that the government puts a large store by its own survey reports.

Of course, it is important that the government conducts these surveys, but if the result is going to be used as a basis for policy, it has to make sure that they are based on reality.

We must be concerned that these figures seem to be out of sync with what we can all see.

I spent last Sunday in a part of the Volta Region travelling on the Sogakope-Adidome-Ho Road to Kpetoe.

Of course, with this column’s stated concern, I took an extra special interest in masks. The report, as with what I have observed in other parts of the country, is abysmal. There was very little evidence of mask-wearing anywhere, not even in the more urban settings where one would think people would comply with the government directives.

The situation is even worse in the places where people congregate to do their business cheek by jowl. At the scenic Lower Volta Bridge, where women and children sell all kinds of foods to passengers, the vendors who rushed to vehicles as they stopped to pay the road toll, were all maskless as were the Okada riders waiting for passengers at major road intersections.

We stopped at Adaklu to admire the majestic Adaklu Mountain and because it was Sunday, saw many people going to church at that time.

They were not masked. Perhaps, they would wear their masks at the entrance to the church.

The truth is that they wore no masks and there was nothing to suggest that face masks have been accepted as part of the culture in those parts of the country.

We must be concerned that the government appears to believe that Ghanaians are wearing masks and bases its policies partly on that assumption, when in reality, we are not complying. In parts of Accra, especially in the posh areas where government people live, people are likely to comply, but in many of the inner-city and outlying areas, the situation is as dire as it is in the rural areas.

In fact, the attitude one has to confront is that people appear to think that the pandemic is over, if they ever believed it to be real. Maybe, the government’s communication is the victim of its own success.

As the President keeps emphasising, we have been spared the worst of the pandemic — so far. New infections are low and the high recovery rates mean that we have a reducing number of active cases in the country.

Many people have taken this good news to mean that the pandemic is over.

The President was right to start his last address on this subject and to give a warning that people will be punished if they ignore the directive on face mask. However, as we all know in Ghana and as has become part of our discourse, the problem is with implementation.

We cannot expect the President to come on the street to physically enforce our laws. There are agencies that have the mandate to carry out their tasks; most of the time, they are either unwilling or unable to do their job.

Readers of this column would know the repeated references to traffic regulations for motorcycle riders in the country. Basically, they are not enforced so riders are a law unto themselves. I have often wondered why this was the case.

Three weeks ago, I met a top commander of the traffic police unit in Kumasi where the MTTD had organised a workshop. I engaged the boss on this subject. What he told me was astonishing.

The police could not keep up with motorcycle riders breaking the law. “When they drive through red lights, we can’t chase them,” he said.

It is as simple as that! It is incredible that in the 21st century, the police cannot use technology or any other resource to stop motorcyclists committing traffic offences or worse using their bikes for crime. That is another story. We shall return.

Now, back to masks. The country is being returned to normal piecemeal. We are grateful to the President and the government for its leadership in the management of the disease. But the whole thing can unravel if they do not ensure that the effort is sustained.

The Accra International Airport has opened and people from overseas are coming into the country again. This is happening at a time when countries in Europe may be going through the so-called second wave. It is expected to get worse in the winter months.

We would not have forgotten so soon that the first cases of COVID-19 in Ghana were imported into the country through that same airport. However, the numbers grew and the sad death toll got to where it is because of community spread.

Therefore, we ought to recognise that the combination of factors — second wave in Europe, lax application of protocols in our communities and influx of people from Europe — poses a risk for our wellbeing.

The government cannot relax now. We know that the President is determined to provide the leadership with clarity and energy but the government must translate that into a coherent plan of action to get us to do what we must do to keep our nation healthy and safe.