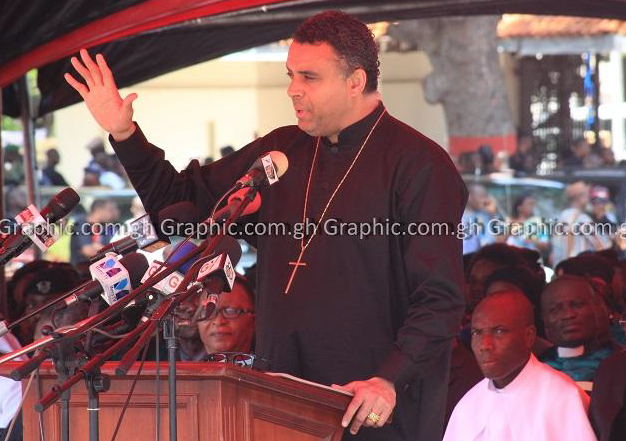 What people say about themselves does not always matter! A good leader looks at their deeds! Their deeds do not lie!

A hard line of assessment is important in every sphere of life. Assess people by the fruits they produce!

Jesus taught us to know people by their fruits and not by what they say.

Ye shall know them by their fruits. Do men gather grapes of thorns, or figs of thistles? Matthew 7:16

Everyone says good things about himself and everyone has explanations for what they did not do. “Most men will proclaim every one his own goodness: but a faithful man who can find?” (Proverbs 20:6).

Over the years, I have come to think less and less of what people say. Sometimes, I know the exact explanation that would be given and I have learnt that they are all not true.

The only thing that is true is the evidence and the actions that speak clearly and loudly. A leader cannot afford to make the childish mistake of trusting just what people say. He must trust what they do! What they do is who they are!

King David judged Joab to be worthy of the position of commander of the armies based on his actions in the war against the Jebusites.

“Whoever goes first will be the chief.” Joab went first and became the chief commander of Israel’s armies. Chronicles 11:4-7.

You cannot employ someone to work with you who has been disloyal to your fellow minister. That is, one who comes to you with a thousand reasons why things went the way they did, while the evidence that stares at you is the fact that he has not been loyal to his former leader!

Why do you work with this person when you have evidence of his treacherous behaviour in his previous position? Why are you getting married to a beautiful lady who has nice words and beautiful smiles, but quarrels with everyone she works with? Why do you marry this lady who is unable to maintain a good relationship with anyone?

Why do you believe you will receive nice things when you marry her? If the young lady is stubborn at home, why do you believe she is going to be submissive and yielding when she is your wife?

You cannot put your life and everyone’s life into jeopardy by taking childish decisions that are based on what you see and hear.

Watch out for how people treat their husbands!

It is just outward paint! A leader must depend more on the evidence and the actions of people – not their nice words.

In the days of the Roman Empire, Roman generals would go out on great campaigns and conquer nations and territories, which they added to the empire. These generals of the old Roman Empire had great armies at their command.

After battle, the Generals would be welcomed in Rome and be celebrated for their great conquests. But they were not to go to Rome with their armies.

The presence of these powerful generals with their armies threatened the senate and the government in Rome.

The generals were therefore given a marker beyond which they were not to cross with their armies when they were on the way back to Rome.

This marker was the Rubicon River!

When Julius Caesar was returning from the Battle of Alesia he crossed the Rubicon River with his troops.

When the news got to Rome, the experienced men in Rome knew that crossing the Rubicon River was enough evidence of a looming war.

Remember that a wise person lives by the actions that people have taken.

He does not just trust what people say about themselves. Trust what they do and remember what they have done! Everybody has a Rubicon River.

Don’t take it lightly when somebody crosses the Rubicon River of your life!