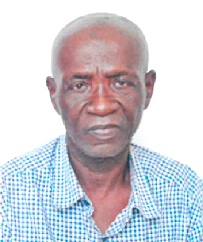 Is there an association between one’s diet and his/her risk of cancer over his/her lifetime?

This is a question of concern to many ordinary folks. It has also been one major research question that experts in nutritional epidemiology and the public health fraternity have been grappling with for decades.

Cancer denotes a group of diseases that can affect part(s) of the body. These conditions are the result of the body’s loss of control over the rate at which certain cells divide and grow.

Under normal circumstances, the cells in the adult body divide practically at the same rate as they die off to ensure some form of biological equilibrium.

For some reason(s), however, the mechanisms that control cell division and growth can go off and make some cells divide at rates faster than those at which old cells are removed. This leads to a tumour (a solid mass of tissue).

Tumours can be benign (i.e. not so dangerous) or malignant (i.e. very dangerous). They can invade adjoining parts of the body and spread to other organs through metastasis.


These processes are the result of the interaction between a person's genetic factors and external agents such as physical exposure to radiation, chemical carcinogens such as asbestos, tobacco smoke, alcohol, aflatoxins, arsenic and from viral, bacterial and/or parasitic infections.

Between 10 per cent and 15 per cent of cases diagnosed in 2018 globally were attributed to carcinogenic infections - Helicobacter Pylori (HP), Human Papillomavirus (HPV), hepatitis B and C viruses, and Epstein-Barr Virus (EBV).

BC is the second most common cancer worldwide and the most diagnosed malignancy in women (NB: reported BC cases in men constitute only 1.0%).

Between 30 and 50 per cent of cancers can be prevented by avoiding the known risk factors and implementing existing prevention strategies. The burden can also be reduced through early detection and appropriate treatment and care of patients. 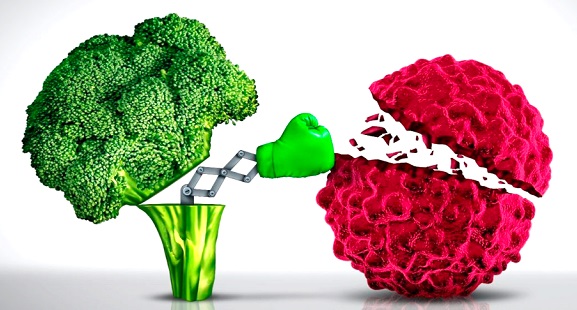 Lifestyle factors, including diet, body weight control and physical activity, are associated with higher BC risk. Literature suggests that a healthy dietary pattern characterised by high intake of unrefined cereals, vegetables, fruits, nuts and olive oil and a moderate/low consumption of saturated fatty acids and red meat might improve overall survival after diagnosis of BC.

Epidemiological studies suggest that 80-90 per cent of all human cancers may be attributable to one or more environmental factors, prominent among which is nutrition/diet.

Tumours grow by assimilating nutrients from the host. Thus, the nutritional status of the latter can modify (i.e. either enhance or depress) the growth of the former.

Cancers of the breast and others have been related to high intake of (saturated) fat, meat and protein, and low intake of fibre and selenium.

It is advisable to take in lots of vitamin C—containing foods such as orange, pineapple, tomatoes, etc., together with, or just after, our main meals.

Tomato has been associated with reduced risk of various cancers, especially prostate cancer; the protective factor - lycopene - is present in ripe tomato.

Vitamins A, C and E — antioxidants —tend to lower the risk of cancer because they, among other functions, regulate cellular differentiation and help maintain the immune system against cancer.

Other anti-promoters of cancer are the B group of vitamins (B12, folic acid, niacin, thiamine, riboflavin, biotin, etc.), iron, magnesium, potassium, zinc, etc.

Beans and other plant seeds contain anti-cancer compounds — protease inhibitors, which inhibit enzymes associated with the spread of tumours.

The writer is a Harvard-trained freelance writer on science and public health matters. [Email: This email address is being protected from spambots. You need JavaScript enabled to view it.].