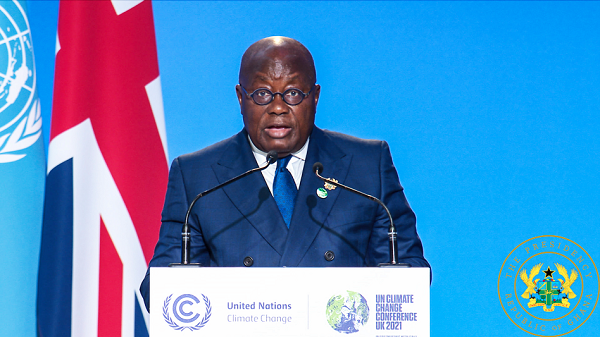 Glasglow memories, cleaner future The Scottish city of Glasgow, famed for a rich legacy of its 18th-20th Century prosperity due to trade and shipbuilding, always brings to mind an interesting experience I once had there.

Many years ago, when I lived in the UK and did immigration work, I had to attend a tribunal hearing in the city one crisp winter morning on behalf of a client. It was my first tribunal hearing there.

On arrival at Glasgow Central station from London, I hailed a taxi and asked to be taken to the hearing centre.

It was a 15-minute ride and I thought nothing of it as I sank back in the soft seats and took in the city sights.

As I stepped out of the building after the hearing with a colleague I had bumped into earlier on arrival, I proceeded to hail a taxi and was surprised when she told me the station was only five minutes’ walk from the centre.

True to her word, after a few turns on the streets we were at the station.

Of course I was mildly irritated that the cab driver had scammed me earlier in the morning by taking me on a circuitous, pointless and expensive ride to the centre and making me almost late for the hearing.

I made several trips back to the city for hearings but I obviously became wiser and could not hide a sly, triumphant grin on arrival at the station, after which I would briskly pound the streets to the hearing centre.

Glasgow is in global headlines at the moment as the host city of the ongoing UN Climate Change Conference, known as COP26.

Of course, as is usually the case with such high-profile environment-themed events, thousands of placard-bearing protesters have descended on the city to register – rather loudly and colourfully - their displeasure at what they consider to be the lukewarm attitude of global leaders in tackling the situation.

According to Dr. Nana O. Bonsu, a lecturer at the Birmingham University Business School in the UK, this net-zero aspiration, which aims to balance the amount of GHG produced and the amount removed, hasn't yet resulted in any state-of-the-art, clear-cut or widely applied interventions to avoid the worst environmental pollution and climate impacts.

A key element of the drive towards a cleaner world has been the discussion around electric vehicles (EV).

Some estimates suggest that in as little as 20 years from now - 2040 - EVs would make up 50 per cent of car sales globally.

According to the global giant Mackinsey & Co, industry players are accelerating the speed of automotive technology innvation as they develop new concepts of electric, connected, autonomous, and shared mobility, with more than $400 billion in investments over the last decade – with about $100 billion of that coming since the beginning of 2020.

Of course, Ghana cannot afford to extricate itself from this, notwithstanding a number of structural, fiscal and other frameworks that will need to be in place in order to plug more effectively into the future.

As part of the Energy Commission’s mandate to recommend national policies for the development and utilisation of indigenous energy resources, the commission in collaboration with the Ministry of Energy is promoting electric vehicles on our roads to create demand and drive the productive utilisation of excess electricity in the system.

This initiative was launched by the Senior Minister, Mr Yaw Osafo-Maafo, at the 5th Renewable Energy Fair in October 2019.

In June this year, Energy Minister Dr. Matthew Opoku Prempeh, received a Hyundai Kona 100 per cent EV saloon car from Hyundai Company Ltd on behalf of the ministry, for the purposes of testing its performance and offering constructive recommendations ahead of its introduction to Ghana for commercial purposes.

According to the the Energy Commission’s Drive Electric Initiative (DEI), “promoting electric vehicles on our roads will usher in an era of green and sustainable technology for the future, reduce pollution and contribute to our efforts towards climate action while helping to resolve the electricity generation over-capacity in the short to medium term.”

The commission further states that “since the launch of the DEI, the country can boast of more than five charging stations, driven by the private sector and an increased number of e-vehicles in the country.

The private sector has and will continue to be instrumental in this initiative.

“For instance, some logistics companies are steadily changing their fleet to fully electric buses, while other individuals are using EVs and charging at home.

Other private companies have started selling EVs while others are leasing EVs for individuals.”

Bold efforts, including legislation, incentives, and innovative, transformative responsible business models to decarbonise the transport sector from the government, are critical, and according to Dr Bonsu, Ghana's E-mobility policy proposal presents an excellent opportunity to address this collision of the public health impacts of climate change and environmental air pollution, including improving the general public knowledge and legislative frameworks.

“After all, it's not what we say that matters anymore but what we do practically in tackling climate crises across the globe. Given this, Ghana's COP26 policy vision must aim to stimulate and support new public policy development and robust measures tackling climate-health issues, with clear pathways for policy-makers and Parliamentarians to pursue the COP26 goals,” says Dr Bonsu.

The Glasgow conference presents a bold opportunity for governments, including ours, to renew their commitment towards sustainable initiatives to combat the adverse effects of climate change.

Beyond that, the charming city of Glasgow offers so many delights, including cosy taxi rides - should the need arise, that is.