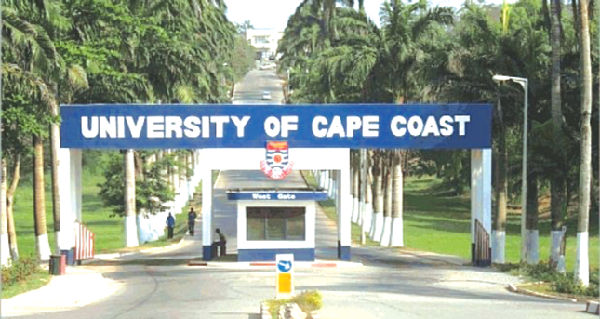 The University of Cape Coast

In or around August 1971, a three-year Bachelor of Education (B.Ed) programme was advertised by the University of Cape Coast.

This was a new course being introduced in the country’s tertiary system.

Products of this novel course were expected to teach Education, in particular, in training colleges or work in educational administration

At the time of the publication of the ads for admission, tertiary institutions had already closed their admissions and were only waiting for the release of the ‘A’ level results by West African Examinations Council (WAEC) for admissions to begin.

It meant, therefore, that prospective applicants for this novel course were those who wanted to put in additional course work or wanted a change of courses.

In October, 1971, 23 young and middle-aged men, including two ladies arrived on campus to start the new programme.

The group comprised those who had just finished their sixth form and those who were already professional teachers, but wanted to upgrade themselves.

The programme coordinator was Professor W. E. Cooke, who had been seconded from the University of Saskatchewan, Canada.

The pioneer B.Ed. students was seen as a unique group. Other students were curious to know more about what made the B.Ed. different from the B.A. (Ed) and B.Sc. (Ed), since every student read education at UCC then.

Again, the B.ED was an implied course, while the other degrees offered were general.

In addition, students were to offer two academic subjects chosen from the Arts, Social Sciences or the Sciences. African studies was compulsory for all first year students, Arts or Science.

In the second year, one of the two academic subjects was dropped, and one elective Education subject added, chosen from the following: School Librarianship, Guidance and Counselling, Special Education, Curriculum Development, etc.

Students were expected to write a dissertation on a topic from the elective subject to be submitted in the third and final year.

The final year followed the same pattern. A solid foundation was laid in Psychology, culminating in the study of Advanced Psychology.

One challenging aspect of the new programme was that after only about three months of tuition, students were sent out on teaching practice in January 1972.

That was a big challenge to those who had entered the university straight from the sixth form.

In 1973, the Education Students Society was formed with Prof. Dominic Fobih as its first president.

The Whip, the hall magazine of Oguaa hall, which had myself as the editor-in-chief, published an editorial in the early part of 1974, calling for the restructuring of degree programmes at the UCC.

The editorial proposed that the B.Ed be restructured so that graduates could be awarded diplomas in their academic subjects, in addition to the B.Ed.

The B.A Ed and B.Sc. Ed graduates could in the same way be awarded diplomas in education to their B.A or B.Sc.

After three or four decades, the dream The Whip has been realised, with UCC now awarding two certificates to its graduates as proposed.

By the time the pioneers graduated in 1974, the original number had reduced to 21.

The following are the pioneer B.ED graduates.

The pioneer class organised a re-union at the University of Ghana guest house on September 21, 2017.

It was attended by quite a number of the surviving members, who shared sweet, nostalgic memories.

Some had not met for more than 40 years.

The re-union was sponsored by Prof. A. A Alemna.

Future meetings will be sponsored and rotated among volunteering members.

The writer is of the Pioneer Class of 1971