Ghana’s judiciary: In quest of excellence 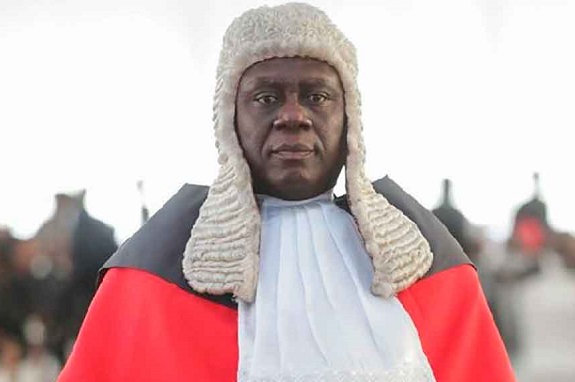 When lawyers and judges bow to each other, they do so not to their persons; they bow in reverence to what they symbolise: the sanctity and power and authority of the law and inviolability of justice.

The judiciary represents the last, ultimate post of justice to which people refer for the resolution of their disputes. The quality of justice delivered by the judiciary depends largely on the depth of knowledge of the law by the judges, good advocacy of lawyers and aided by the facilities available for the dispensation of justice.

For the recipients, the time frame within which a case is heard and judgment given is about the most important thing to them.

We have heard it said often: justice delayed is justice denied.

What has Ghana’s judiciary done, therefore, in pursuit of the divine call to administer justice to all, without fear or favour? And what must they do in furtherance of this?

The judiciary has set for itself noble and achievable goals in pursuance of its mission. Among these are:


• Strengthen public trust and confidence in the judiciary by deepening understanding of its functions;

• Increase application of ICT to improve efficiency and reduce costs;

• Improve administrative capacity and efficient management of the Judiciary’s resources;

• Improve access to the courts through the provision of adequate infrastructure, logistics and financial resources.

A very commendable and positive development in Ghana’s judicial progress was the construction of the US$ 50 million 43-room Court Complex under the administration of the then Chief Justice, Georgina Wood, in 2011, the sod-cutting performed by the late President Prof. John Atta Mills.

The tasks ahead of Ghana’s judiciary were catalogued by the then Chief Justice, Sophia A.B. Akuffo, at the 16th Chief Justice’s forum held on November 20, 2017 at the Golden Tulip Hotel, Kumasi on the theme: “Quality Judges, Delivering Quality Justice.”

She acknowledged that whether Ghana’s judicial system was “storm-battered or weather-beaten”, it was still a justice system around which a modern justice system could be rebuilt.

However, the restructuring of such a system required more than the inputs of lawyers and judges; the public must be involved.

Notably, the training of judges and staff, infrastructural developments and working at financial independence featured highly in her address.

From my perspective as a lawyer, I am keenly interested in improvements in justice delivery in Ghana, and what I say here are additional inputs for consideration by the current Chief Justice, Justice Kwasi Anin Yeboah.

For now, the judiciary has acted in consonance with its goal of providing ICT for recording and storage purposes, so that during trials, both the lawyer and the judge have a common platform to read the proceedings and make corrections to reflect the factuality of what is said in evidence and submissions made by lawyers.

Retrieval of materials for use by the lawyers and clients is equally available and readily too.

What has to be done to improve ICT deployment is making it available at the district and circuit courts too. Presently, it is only used at the superior courts. This is discriminative and unacceptable.

The judiciary must prioritise the provision of the necessary gadgets for use at the lower courts: that is progressive.

Experience at the Bench is gathered through the handling of various categories of cases. For instance, a judge at Tema High court is bound to deal with maritime cases, while another at Cape Coast would be burdened with chieftaincy affairs.

As judges move from court to court, they acquire knowledge of various categories of law and, at the ultimate of Appellate and Supreme courts, are fit to deal dispassionately and competently with matters addressed to them.

However said, expertise is much to be valued. Worthy of consideration are three ideas. The first, is that early in their career at the bench, judges at the district, circuit and high courts must be given the opportunity to specialise in their fields of interest and be sponsored to the university for such specialisation.

Whereas all judges have law degrees, some would like to major in Business and Financial Law, International Law, Copyright Law, Human Rights, Maritime Law, Criminal Law, Family Law, Constitutional Law, Environmental Law and so on.

The second is that for judges at the Appeal and Supreme courts, what could be beneficial to them are working visits to equivalent levels at other Commonwealth nations such as Britain, South Africa, Australia, Nigeria, Kenya, Canada and the rest.

These could be arranged through bilateral diplomatic relations. The legal vacation of August to October is fit for such working visits. If a Supreme Court judge is hosted by the House of Lords in the UK for two-three months, he would learn a lot, and that would certainly improve on his work in Ghana.

Third, it should be expected that judicial staff working with lawyers and judges would inevitably develop interest in legal practice and aspire to be lawyers or judges.

It would be salutary and progressive for the judiciary to encourage as many staff as possible to move up into the legal field and be what they aspire to be.

It appears the judiciary is loath to encourage its staff along such lines, but rather frustrates such ambition. I have talked with registrars who have been denied entry into the Ghana School of Law.

Beyond developing the human capital of the judiciary, the physical environment in which the judges, staff, lawyers and citizens function in the courts is equally important.

In Accra, apart from the Court Complex, the other court buildings look rather drab and the toilet facilities are shameful and undeserving of the judiciary. Maintenance is very poor and deducts much from the administrative calibre of the judiciary.

A classic example of abandonment is the former Commercial Court in Accra, now Circuit. It is embarrassing! The CJ should visit the courts and see the environment in which the judges work.

The quest for excellence of Ghana’s judiciary must be comprehensive in scope, and unrelentingly pursued towards the great desiderata of administering justice with corps of judges steeped in knowledge, cosmopolitan in outlook and humane in their sensibilities, along with highly incentivised judicial staff, working in a supportive environment and equipped with appropriate technology.

For the general public, the excellence of the judiciary must be seen in the swift determination of their cases in court. Justice has a beauty to it, and that’s what we all seek in Ghana.